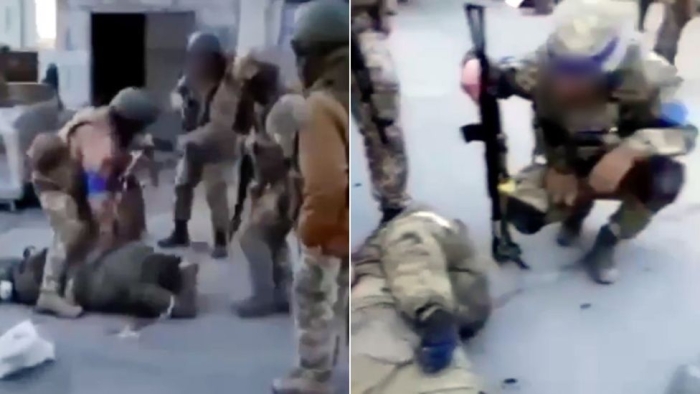 Ukrainian authorities are investigating video footage which has been claimed to show Ukrainian soldiers shooting Russian prisoners of war in the legs.

The grainy video has been circulating on social media after first appearing in the early hours of Sunday morning (27 March). Since then, it's been widely reposted by pro-Russian accounts on various platforms.

However, Oleksiy Arestovych, an adviser to the Ukrainian president, Volodymyr Zelensky, said...