Justice Department, Donald Trump, Race And Racism, Facts And Fact Checking, Fact Checking
Save for Later
From The Center 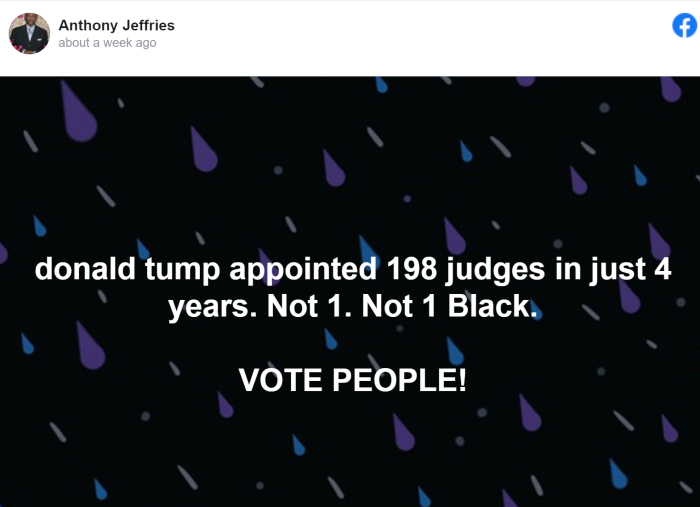 A viral Facebook post shared over 16,000 times claims not a single one of President Donald Trump’s judicial appointees is black.

At least eight federal judges nominated by Trump and confirmed by the Senate are black.

Since Tuesday’s presidential debate, social media has been replete with misinformation regarding both presidential candidates. This particular Facebook post claims, “Donald Trump has appointed 198 judges in just 4 years. Not 1. Not 1 Black. VOTE PEOPLE!”

But that’s not correct. Since taking office in January 2017, Trump has appointed...

Fact Check: Is Mississippi Planning to Use Dogs to Detect Pregnant Women?
Newsweek