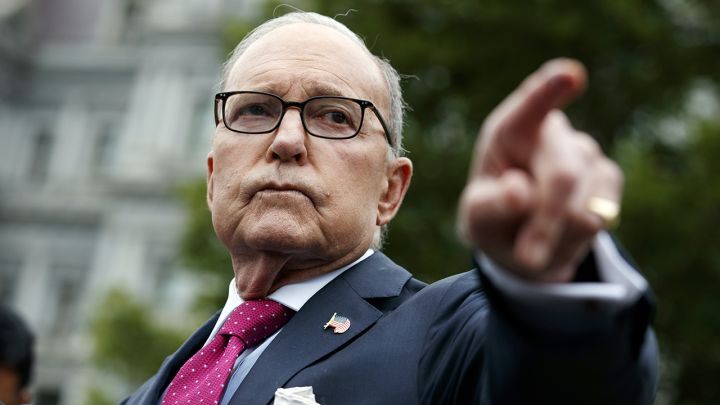 The Trump administration is working to introduce a middle-class tax cut plan by September, according to National Economic Council Director Larry Kudlow.

During a meeting in the Oval Office, he said, President Trump urged Kudlow to "get it out by September," which would be two months before the 2020 election.

AllSides Media Bias Rating: Lean Right
You agree.
Thank you! Community votes alone don't determine our ratings, but are valuable feedback and can prompt us to do more research.
74023/62646

Tax season kicks off with IRS short on staff

Here’s exactly what Gates, Bloomberg and Cooperman would pay under Warren’s wealth tax

Sen. Elizabeth Warren has set her sights on taxing the ultra-rich if she’s elected president, but she’s made at least one thing easier for some of them: A one-...