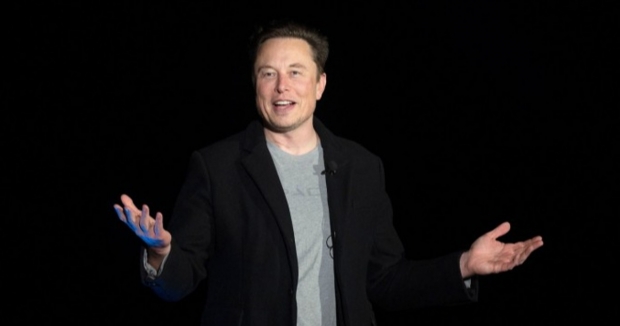 Elon Musk, the world's richest man, has made a deal to buy Twitter, one of the world's most influential internet platforms.

Musk and Twitter's board agreed on a deal for Musk to buy the company for roughly $44 billion, or $54.20 per share. Musk has criticized the platform previously for purportedly suppressing free speech. In Twitter's press release announcing the buy, Musk said the platform is "where matters vital to the future of humanity are debated." Twitter's board said it ultimately accepted Musk's offer after vetting it "with a deliberate focus on value, certainty, and financing."

People who are more politically engaged tend to see the move as more consequential than less political people, and biased media coverage reflects that. Many on the left voice concerns about Musk ending content moderation standards and potentially opening Twitter up to more misinformation and harassment. Many on the right see the move as a win for free speech and a potential remedy for concerns about Twitter's purported suppression of content that doesn't fit its political agenda. Meanwhile, some business columnists say there's still a chance the purchase won't go through.

In Europe, the Russia-Ukraine conflict is entering its third month. Follow along with our daily updates on the conflict, and read more balanced coverage from this week:

"Musk's $44 billion deal was accepted by Twitter on Monday. While the purchase is subject to review by the DOJ and the FTC, the FCC's role is less clear. The Open Markets Institute suggested that the agencies could block the sale due to it creating a potential monopoly, while citing Musk's ownership of the satellite internet platform Starlink."

"There are good reasons for him to get cold feet. The biggest is Tesla. The electric-vehicle maker’s stock has fallen around a fifth since Musk first revealed his stake in Twitter, partly because Musk may sell shares to fund his new adventure. If Tesla’s stock bounces back – likely if the Twitter deal falls away – the $40 billion of recouped wealth would more than make up for the break fee."

"Following the back-and-forth among multiple employees angry about the news, some warned that their communications on Slack could be searched. The employees then moved their conversations onto their personal devices using the encrypted chat application Signal. Twitter’s leadership appeared to predict an internal backlash and possible sabotage when it locked down the ability of its employees to make changes to the platform through Friday."

"It is, of course, entirely possible for Twitter to construct a set of neutrally applicable rules that require people of all political viewpoints to engage with each other in a civil way. The problem has been that, in practice at least, Twitter’s rules were achieving no such thing and that, over time, users had noticed."

"Musk laid out his plan for funding the deal in an SEC filing on Thursday, which includes $25.5 billion in loans and $21 billion in personal equity. Analysts believe the loans could cost Twitter as much as $1 billion a year in servicing fees, or roughly 20 percent of the company’s annual revenue. Shortly after Musk announced the buyout plan, Twitter’s board instituted a “poison pill” measure, suggesting it intended to resist Musk’s buyout. It’s unclear what led to the company’s change of heart."

"LGBTQ people, and trans people in particular, already face a disproportionate amount of harassment online. A 2019 report from anti-bullying organization Ditch the Label and its analytics partner, Brandwatch, found that 1.5 million, or 15 percent, of 10 million online posts on social media platforms between 2016 and 2019 were transphobic. "