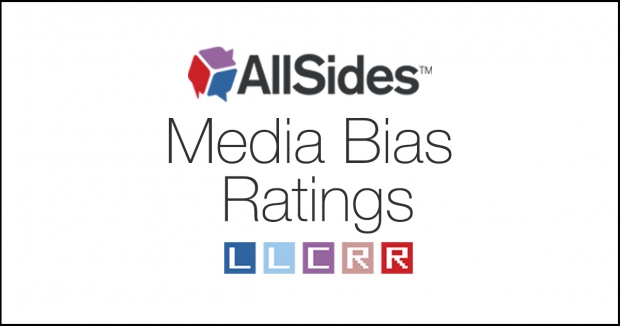 AllSides has rated the bias of over 600 media outlets, which are fluid and subject to change. We recently conducted a blind bias survey to review the bias of the Associated Press, The Hill, NPR online news, Washington Examiner, and Washington Post.

For this blind bias survey, we gathered Americans from across the political spectrum and asked them to read and rate headlines and articles blindly — without telling them the source of the content.

There is no "accurate" measure of bias – bias is ultimately subjective and in the eye of the beholder. What seems like a left-wing view to a right-winger may seem like a centrist view to a left-winger. That's why we survey Americans from across the country, of various ages, geographic locations, and political leanings. However, there is often a lot of agreement among groups. The final results reflect the average judgement of Americans. Even these very in-depth bias surveys represent only a snapshot in time, and we don't rely on blind bias surveys alone to determine our bias ratings. We also use editorial reviews, independent research, and third party data. REad about all methodologies AllSides uses to rate media bias.

Our February 2020 blind bias survey confirmed the existing AllSides media bias ratings for all sources surveyed — except the Associated Press. The current AllSides rating for the Associated Press is Center, yet survey respondents on average rated AP’s content as Lean Left, which is also consistent with feedback we've received from the AllSides community. The AllSides editorial team will conduct an editorial review to determine whether or not to change AP's rating. We will have an update soon. Update April 27, 2020: We conducted a review of AP. Get details on the updated AP media bias rating here.

While the survey confirmed our overall bias ratings, it's interesting to note how distinct political groups sometimes perceive the bias of the same media outlet in different ways — but often they agree. For example, participants who described themselves as being Left, Lean Left and Center see NPR online news content as Center. Meanwhile, those who describe their political views as Lean Right and Right see NPR as closer to Lean Left. (Participants were asked to rate their own bias using our Rate Your Bias tool and to report their results in the survey.)

Get the full survey results for each media outlet below, and sign up to participate in a future blind bias research survey.

For at least two years, our team has suspected the Associated Press may be inching from Center to Lean Left. We've repeatedly received feedback from readers who think so, too. Our February 2020 blind bias survey returned a solid Lean Left rating for AP.

The data has triggered a deeper review of AP by AllSides. Update April 27, 2020: Get details on the updated AP media bias rating here.

Vote on what you think of AP's bias rating here. Community votes don't determine our ratings, but are valuable feedback.

On average, participants across the political spectrum rated content from the Washington Post as on the border of Center and Lean Left.

Strangely, a majority of respondents who identified themselves as Left or Lean Left indicated they believe Washington Post content is actually Lean Right. This puzzling outlier likely impacted the overall average. We're still scratching our heads over this one. (Got any theories? Email us.)

Meanwhile, participants who describe themselves as politically Center, Lean Right and Right all rated Washington Post content as a solid Lean Left. AllSides determined that Lean Left is still the best bias rating for The Washington Post.

Vote on whether you agree with The Washington Post bias rating, and view past data and surveys.

Before you get mad at us, remember that AllSides rates only NPR's written, online news content — we do not rate NPR's radio content. We also provide an entirely separate media bias rating for NPR's online, written editorial content, which we rate as Lean Left.

Get the full history of the NPR media bias rating from AllSides, including past surveys and editorial reviews, and vote on whether you agree.

The overall average response of all groups indicates The Hill's content is on the border line between Lean Left and Center. After assessing the results of this survey, the AllSides editorial team decided Center remains the best media bias rating for The Hill.

View full details on The Hill's media bias rating, including past editorial reviews and third party estimations, and vote on whether you agree with the rating.

Vote on whether you agree with The Washington Examiner bias rating.

Don't forget to check back on this blog and our social media feeds for an update on AP's bias rating. We also plan to release a new version of our media bias chart based on new bias ratings; for example, BuzzFeed News, which appears as Lean Left on V1.1 of the chart, is now rated Left; we also plan to add The Epoch Times and a few other popular right-wing outlets.

Remember to vote on our ratings to indicate whether or not you agree. Community votes don't determine our ratings, but they may trigger us to do a deeper review.