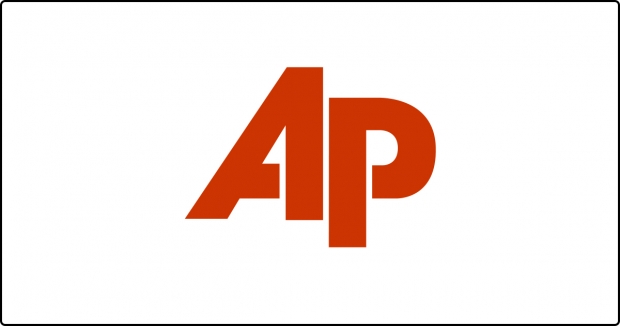 The Associated Press media bias remains one of the trickiest for AllSides to determine.

We have long rated AP media bias as Center; however, the results of our February 2020 blind bias survey showed participants from across the political spectrum on average believe AP bias is Lean Left. In response, AllSides conducted an editorial review of AP News on April 23, 2020 to determine if we need to shift our media bias rating.

An editorial review is when the AllSides team, which includes an equal number of people from the left, center and right of the political spectrum, reviews the works of a source and comes to a general consensus on its bias.

Participants in our February 2020 blind bias survey who described themselves as having a Left or Lean Left political orientation indicated that, on average, they see AP's content as on the border of Lean Left and Center, while people from the Center, Lean Right and Right all clearly rate AP's content as Lean Left. The average rating from all groups was Lean Left. During a blind bias survey, participants are asked to read and rate the bias of content from media outlets without knowing the source.

Bias is ultimately subjective and in the “eye of the beholder,” so what appears as a Lean Left bias to one person appears as a Center bias to others. In addition, all media bias rating methodologies have limitations. This is why AllSides relies on multiple methodologies to rate bias whenever possible.

The team agreed that AP does not display the common types of media bias — its journalists rarely employ spin or sensationalism, and rarely does AP present opinion statements as fact, which is common in news media today.

For the most part, AP uses factual, objective language, and chooses stories that would be of interest to those on both the left and the right. Its story choice is not biased in favor of issues that are of concern more to left-wingers or right-wingers. All team members agreed AP doesn’t employ bias by photo, and chooses images that are neutral in nature.

The AllSides team generally agreed that AP is somewhat on the border of Lean Left and Center, but determined we do not have enough evidence to shift its rating to Lean Left. AP News’ fact check section, however, has a Lean Left bias.

All members of the AllSides editorial team agreed that it is easy to see why some people might say AP News has a Lean Left bias; some sentences and stories appear to have a slight left lean. The bias is mostly displayed in individual sentences or via slight framing issues; the bias is not overt or glaring.

There was disagreement among some editorial team members as to whether or not AP displays bias by viewpoint placement, a type of media bias in which a story only features viewpoints from sources and commentators on one side of the issue or political spectrum. Some team members said AP’s sources and quotes are always balanced; others, mainly those on the right, said many AP articles primarily showcase quotes and opinions from left-wing sources.

Examples could be found on both sides: those who said AP sometimes lacks balance in its sourcing pointed to an article describing how Education Secretary Betsy DeVos excluded DACA recipients and foreign students from emergency college grants that were part of a congressional coronavirus rescue package; the article primarily quoted those who are against the rule, providing no perspectives that would explain the reasoning of individuals who are in favor of it. On the other hand, an article about lawmakers debating a new coronavirus aid package included balanced quotes and perspectives from both Democrat and Republican lawmakers.

The team noted that AP uses what may be seen as left-leaning terms to describe controversial issues, if only slightly. For example, an April 23, 2020 article announcing the hiring of 17 new journalists said the journalists would cover topics such as “voting security,” “gun control,” and “voter access.” The staff member pointed out that a different perspective on these issues might lead a right-wing publication to choose slightly different language, such as “gun rights” or “voting rights.”

During our April 23 review, AllSides noted that AP’s fact check section (with posts displaying only as far back as February) had a clear focus on President Trump; there were not as many instances of AP fact checking Democrats or other folks on the left. AP did fact check the Feb. 2020 Democratic Debate. It is hard to say whether the Trump focus necessarily constitutes a lean left bias; the editorial team agreed that this could simply be due to the fact that Trump is the president and has been doing daily news briefings around coronavirus. However, AP’s omission of fact checks on left-wing claims that other sources were looking into during the same time frame, such as claims made by Democratic presidential frontrunner Joe Biden and Minnesota Rep. Ilhan Omar, does constitute a lean left bias.

Our team noted AP Fact Checks often display an ideological bias of appeal to elites, accepting the claims of the WHO or other government institutions rather than looking into claims themselves. This “elite bias” is not necessarily partisan, and both the left-wing and right-wing are experiencing a surge in populist questioning of and pushback against information coming from elite institutions.

The team noted some sensationalism in content written by journalists Hope Yen and Calvin Woodward.

Overall, the team determined that a reader viewing AP Fact Check would overall get a slight Lean Left perspective, particularly due to story choice.

Our April 23 editorial review of AP and AP Fact Check was hampered by the fact that the WayBack Machine, an internet archive tool we rely on to read the source’s content dating back six months, was returning broken links for AP. In addition, AP’s Politics section only displayed articles dating back three days, to April 20. Our editorial reviews and blind bias surveys always deal only with a snapshot in time. It is possible that a source’s bias differs on different days or across different topics.

In addition, the COVID-19 coronavirus pandemic dominated headlines on this day, which offered a narrower range of topics to assess for bias.

Vote on whether or not you agree with the bias rating for Associated Press and AP Fact Check.