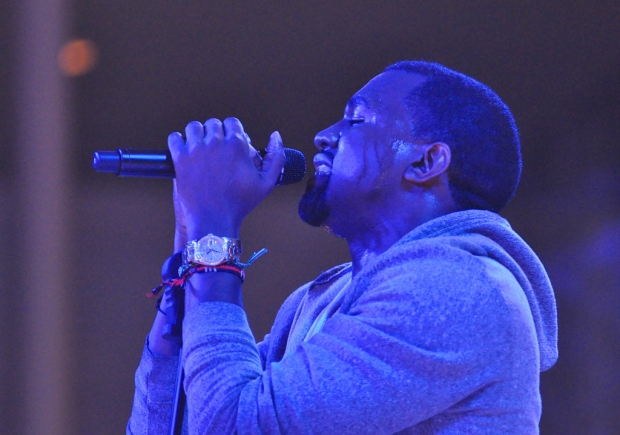 If you've been following AllSides this week, you probably read that rapper Kanye West announced that he’s seeking a presidential bid. While this announcement earned plenty of mainstream media attention, major outlets haven’t provided much information on a campaign arguably of equal or greater relevance to the average American — that of Libertarian Party candidate Dr. Jo Jorgensen.

Jorgensen is a third party candidate who is seriously running for president. But in an apparent case of media bias, there hasn’t been much news attention on her campaign, especially compared to the coverage focused on an impromptu, largely improbable presidential bid from a celebrity with no political experience.

Mainstream media covered West’s announcement thoroughly. He was interviewed regarding his platform by Forbes, and reported on by major sources including Fox News, CNN, Snopes, Business Insider and The Hill. In spite of the attention, it remains to be seen whether West’s White House bid is at all serious; he is not eligible for the ballot in multiple states, but voters in some can still write him in. West announced that he was running as candidate for the Birthday Party (let’s see if he can secure the nomination) and that Wyoming preacher Michelle Tidball would be his running mate.

According to AllSides’ analysis, West’s recent announcement received more coverage than Jorgensen has in total. The only source that consistently covered or published articles regarding Jorgensen was Reason Magazine, a known bastion of libertarian thought. Notably, NPR, the Guardian, and the Washington Times all covered Jorgensen winning the party’s nomination, but have not covered her much since. It should be noted that Jorgensen’s presidential bid was mentioned in some analyses regarding the Libertarian Party in general.

On July 8, the Guardian published a story about Jorgensen appearing on an ‘anti-government’ podcast associated with the boogaloo movement. The paper reported that members of the movement have been tied to white supremacy; Jorgensen denounced the Guardian article, saying the movement is “largely decentralized” with members being “both those who are aligned with the principles of non-aggression and those who run counter to it.”

Jorgenson did a Q&A where she answered policy specific questions. Find out more at Jo20.com.

While Jorgensen may be the more polished politician and viable voting option, stories about a Kanye West presidential bid get clicks. This logic, laid bare by the media’s imbalanced coverage, shows how many news outlets make the primary goal viral content that serves ad revenue — not providing their audience with balanced information that may make them a better and more informed member of their community.

When media outlets focus on clicks rather than information for voters, one could argue they become complicit in tampering with elections. Some may argue that West’s and Jorgensen’s candidacies have no feasibility and only serve to undermine the “real” campaigns. But that’s not a decision to be made for voters, it’s a decision to be made by voters.

Choosing clicks over balanced content hinders the ability of less visible, less common perspectives and values to break into the limelight. By ignoring alternative views, our civil discourse becomes unhealthy. People feel that you must pick between blue or red. This is not to deride or endorse any candidate or political system, but rather to note that when media outlets omit or obscure certain perspectives, our civil society is harmed.

Some other candidates you may not have heard of in the media include Howie Hawkins, who seems to be the presumptive nominee for the Green Party (which has not yet nominated a candidate), and Rocque de la Fuente, who is running as a Republican and as an Independent. In other words, there’s more than Biden, Trump, and Chicago’s second-greatest disappointment (behind only Mitch Trubisky).

AllSides won’t tell you who to vote for. But we will tell you who your options are (along with our friends at Ballotpedia) so that you can educate yourself and vote for who you believe is best for America — even if you think the choices don’t seem too great. Part of our editorial philosophy is to give voice to often neglected perspectives. We take note of stories that might be absent from major media outlets’ websites. If you think there is a missing perspective or story that we aren’t adding to our curation, contact us with feedback or email us at admin@allsides.com.