Israel's ground military forces attacked the Gaza Strip on Thursday, escalating the conflict in the region after Palestinian and Israeli forces exchanged rockets and airstrikes for several days. The Israel Defense Force (IDF) tweeted Thursday that "IDF air and ground troops are currently attacking in the Gaza Strip." Prime Minister Benjamin Netanyahu previously announced that IDF soldiers were gathering at the nation’s border in preparation for invasion. While the extent of the Israeli assault was not clear, the IDF later clarified that while ground forces were newly involved in the fighting, Israeli troops were still firing from within Israel. The violence comes after weeks of escalating tensions over planned evictions of Palestinians from a Jerusalem neighborhood and Israeli police raids on the Al-Aqsa mosque during Ramadan. Israel's ground force movement received coverage from across the political spectrum. 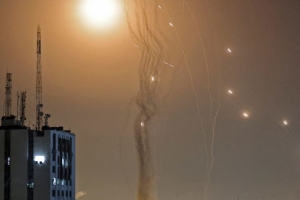 Prime Minister Benjamin Netanyahu previously announced that IDF soldiers were massing at the nation’s border with Gaza in preparation for invasion. He promised that Israel would “would extract a very heavy price from Hamas” in response to repeated rocket attacks that have killed at least seven Israelis. In addition to the rockets that landed in Israel or were intercepted by the Iron Dome aerial defense... 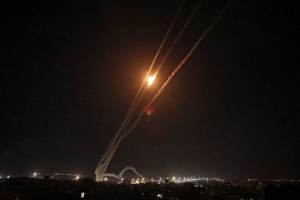 Israeli forces attacked the Gaza Strip on Thursday, marking a new level of conflict in the region amid days of escalating violence.

The Israel Defense Force (IDF) tweeted Thursday (on the East Coast of the U.S.) about the operation, writing that "IDF air and ground troops are currently attacking in the Gaza Strip."

The move follows days of scattered airstrikes and rocket barrages between Hamas and the Israeli military.

“There are ground troops attacking in Gaza, together with air forces, as well," an Israeli military spokesman added to The... 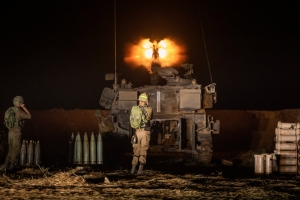 Israeli ground forces carried out attacks on the Gaza Strip early Friday in an escalation of a conflict with Palestinian militants that had been waged by airstrikes from Israel and rockets from Gaza.

It was not immediately clear if the attack was the prelude to a ground invasion against Hamas, the Islamist militant group that controls Gaza.

An Israeli military spokesman, Lt. Col. Jonathan Conricus, initially said that “there are ground troops attacking in Gaza,” but later clarified that Israeli troops had not entered Gaza, suggesting the possibility of artillery... 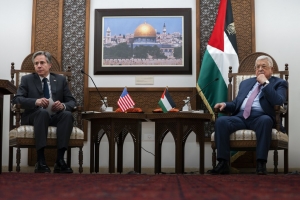