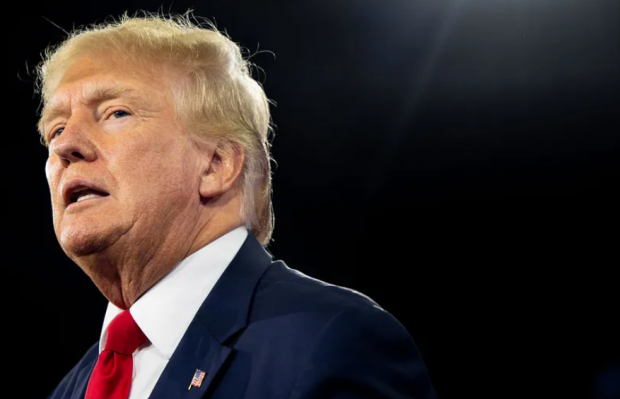 The lawsuit alleges that CNN used "false, defamatory, and inflammatory mischaracterizations" to harm Trump’s political career, and that the phrase "the Big Lie," in reference to Trump’s unfounded claims of widespread voter fraud in the 2020 election, is an attempt to conflate Trump with Adolf Hitler’s "Mein Kampf."

It also states that "CNN has sought to use its massive influence — purportedly as a ‘trusted’ news source — to defame the plaintiff in the minds of its viewers and readers for the purpose of" defeating Trump politically, and that CNN tried to taint Trump "with a series of ever-more scandalous, false, and defamatory labels of 'racist,' 'Russian lackey,' 'insurrectionist,' and ultimately 'Hitler'." A CNN spokesperson reportedly declined to comment on the lawsuit.

Coverage was common from news sources across the spectrum, many of which highlighted Trump's other efforts against news companies and social media platforms that he says censor him or treat him unjustly.

Voices across the spectrum seemed to agree that Trump's lawsuit would fail. Both The Washington Post (Lean Left bias) and the Washington Examiner (Lean Right bias) highlighted a law professor who said the lawsuit had no legal path forward because it mostly pointed to opinions rather than "false statements of fact that were made with actual malice,” which is the legal definition of defamation.

"The former president’s suit must clear a high legal bar. To win a defamation lawsuit, public figures must prove that a news organization acted with actual malice and either knowingly published a false statement or showed a reckless disregard for the truth."

"Calling presidents liars, even when they’re honest, is a great American tradition. Trump, the greatest liar in American political history, stands no chance of upending it."

"The lawsuit name-checked several CNN anchors, on-air personalities and pundits, including hosts John King, Jake Tapper, Brianna Keilar and Don Lemon. Mr. Trump’s lawyers asserted that the use of the phrase “Big Lie” was meant to associate him with Adolf Hitler, who was mentioned 53 times."

The ‘Big Lie Is No Lie’ Lie

"The analysis has been at times hysterical and irresponsible—this is CNN—but, as CNN’s lawyers point out, even the letter of complaint Trump’s team sent to CNN in July demanding the removal and retraction of a few dozen segments and articles didn’t allege any particular falsehood as such. "

One of Trump’s flimsiest lawsuits yet

"The argument, effectively, is that CNN invoking Hitler while talking about Trump — including calling his quest to overturn the 2020 election based on voter-fraud falsehoods the “big lie” — automatically defames him. But to prove that claim, the lawsuit leans heavily on random Twitter users who responded to CNN’s work by making a much more direct comparison between Trump and Hitler than the network itself had."

"Trump, whose presidency was marked by discrediting journalists and labeling mainstream media as biased, usually employed empty threats of suing outlets over news coverage he disagreed with."