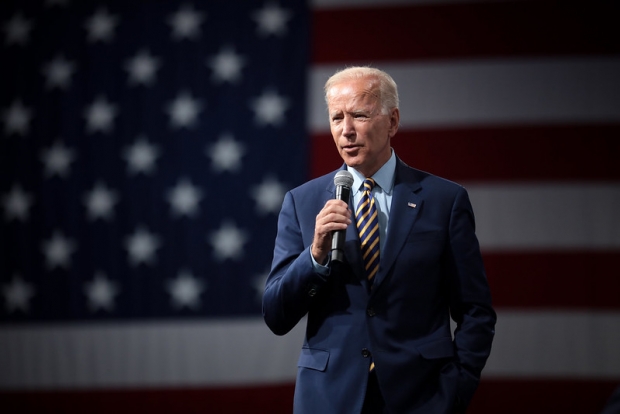 I am not a knee-jerk partisan. I have little use for the whiners on both sides who are convinced that the news media is ideologically biased against them.  Whether it’s Republicans complaining about the unfairness of liberal journalists or Democrats griping about the injustice of corporate-owned media, my natural inclination is to dismiss them the same way I ignore sports fans who blame their favorite team’s defeats on bad calls from the referees.

Since Donald Trump’s emergence on the national political landscape, I have attributed the fervor with which mainstream media has pursued his various shortcomings and controversies to the zeal with which Trump has violated most traditional political norms. But their kid-gloves approach to Joe Biden over the last two years has made it harder to overlook some deep-rooted subjectivities that go beyond simply a fondness for the familiar.

Last week, there were three separate occurrences in which the White House avoided deep scrutiny and harsh criticism for seemingly obvious blunders. The most noticeable was Biden’s confusion at a program on ending hunger in which he somehow seemed to forget that a member of Congress had died last month. The late Jackie Walorski (R-IN), who tragically perished along with two staff members in a car accident in which her car collided head-on with another vehicle, had sponsored legislation on the hunger issue and would have certainly attended the event had she survived.

But Biden repeatedly called for her, apparently believing that she was present in the room. The embarrassing episode may have been a result of bad staff work, a hastily-written briefing memo or presidential forgetfulness, but after a single day of perfunctory news coverage, the story quickly disappeared.

But that hasn’t always been the case. In the first debate of the 1984 presidential campaign, 73-year-old Ronald Reagan lost his train of thought while telling an anecdote about driving down the California coast. For days afterwards, news coverage was dominated by fevered speculation about the president’s mental capacity and fitness for office. But any discussion about our soon-to-be 80-year-old president’s fitness from mainstream media was gone within a day.

I don’t think the president is senile. He has clearly lost a step in recent years, and he often stumbles over a word or struggles to remember a name. But that is a long way from being incapable to perform the requirements of his office. That said, this was an episode that would receive considerable ongoing discussion and analysis under more normal circumstances and a president other than Trump’s successor.

Another example: after an ultra-conservative government was elected in Italy recently, Biden was harshly critical of the results and warned an audience of Democratic governors that “democracy is at stake” around the world. This is Italy’s farthest right government since Benito Mussolini’s two decades of fascist rule and earliest iterations of the “Brothers of Italy” party have some links to Mussolini himself (although their current leaders argue that those ties have been eradicated).

But incoming Prime Minister Giorgia Meloni, while much more conservative than Biden, has been a strong supporter of Ukraine throughout the current war and Italy has been a key member of the western coalition. It’s not clear whether Biden’s warnings about her new government were scripted or spontaneous, but there are legitimate questions about whether such peremptory criticisms are the best way to keep an important ally in the fold at such a critical point in the war. But Biden’s provocative remarks received almost no news coverage.

Vice President Kamala Harris has had similar moments too. Harris’ recent travels to the Pacific Rim passed largely without notice, but on her visit to the Demilitarized Zone that separates the two Koreas, she referred to our country’s “strong alliance” with the “Republic of North Korea”.

This was obviously just a slip of the tongue: there’s no question that Harris is very familiar with our relationships on the Korean Peninsula and knows that the “Republic of Korea” is the official name of the nation of South Korea. But the criticism would have been loud and harsh if a previous vice president – of either party – had made such a mistake.

I am not a Trump acolyte. I believe strongly that the seriousness of the events of January 6 and the controversy over the Mar-a-Lago classified documents far outweigh these less consequential mistakes. But they still deserve attention and news coverage. And the journalists who cover national politics do us a disservice when they overlook or minimize significant missteps from our country’s leaders.