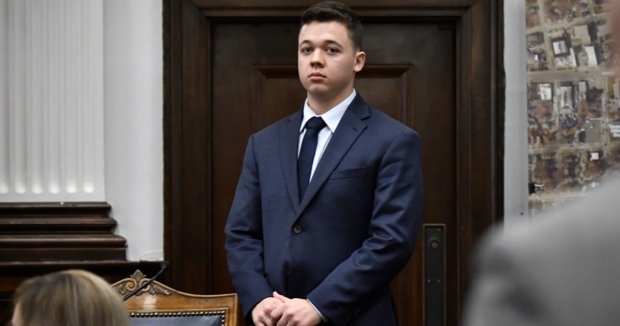 Left- and right-rated media offered extensive coverage of former President Donald Trump and the trial of Kyle Rittenhouse this week, but the framing often differed greatly.

Many sources on the left highlighted the House January 6 committee's continued efforts to get information on the Capitol riot from Trump and his former staff. On Tuesday, a judge rejected Trump's bid for executive privilege after the committee requested records from his time in office, saying President Joe Biden could waive that right.

Many outlets on the right have honed in on the fallout from special counsel John Durham's investigation into the FBI's probe of Russian interference in the 2016 election. Russian analyst Igor Danchenko was arrested last week and charged with lying to the FBI. His intel fueled British ex-spy Christopher Steele's dossier that claimed Trump colluded with Russia.

Media across the spectrum have covered all of these stories, but left and right have often offered heavy coverage of some narratives and not the others. Amid other major ongoing stories like COVID-19, inflation and infrastructure, biased media continue to focus a lot on stories about crime, violence and corruption.

By the time Kyle Rittenhouse testified, he already won the case

"At this point, there was no remaining doubt that Kyle Rittenhouse acted in self-defense during the riots last summer in Kenosha. Every shot Rittenhouse fired was captured on videotape, and from multiple angles. Every single witness who testified this week at the trial confirmed exactly what happened."

Where John Durham’s Investigation Is Heading

"Will there be criminal charges that target the real 2016 collusion — not between the Trump campaign and Russia, but between the Clinton campaign and U.S. officials who abused government investigative powers for political purposes? Almost certainly not."

What Conservative Media is Missing in its Defenses of Kyle Rittenhouse

"For one, Rittenhouse was 17 years old and carried a firearm – a violation of Wisconsin law, which prohibits minors from having a firearm except for hunting purposes. One of six charges Rittenhouse faces is possession of a dangerous weapon by a person under 18. Those found guilty of the misdemeanor charge face up to nine months behind bars."

How far will Trump go to hide Jan. 6 documents from Congress?

"In theory, the former president could simply accept the ruling and allow the bipartisan investigation to continue. In practice, Trump and his team have already indicated they'll take the matter to an appellate court and make another plea for an emergency injunction, which would block the National Archives from cooperating with Congress, while the merits of the case are litigated further."

"The U.S. House of Representatives Select Committee has requested a trove of documents including White House visitor logs, schedules, call records and handwritten notes from Trump’s then-Chief of Staff Mark Meadows. The committee is also seeking emails between Trump advisers about contesting the 2020 presidential election and planning the Trump rally near the White House on Jan. 6."

"Danchenko is the third person charged as part of a probe by special counsel John Durham into the origins of the original investigation into the 2016 Trump campaign’s suspected coordination with Russian agents during a race against Hillary Clinton."