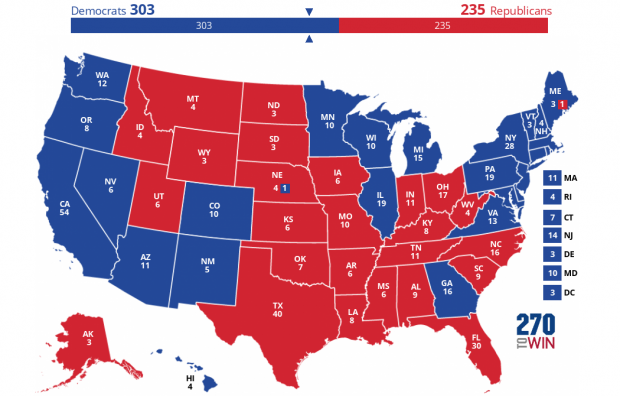 Cable news outlets have switched political colors over time. Red used to mean Democrat, and blue used to mean Republican. The color red has historically been associated with far-left politics, such as communism, which may be why networks drifted away from its use to represent the American left.

We’ve all seen the maps cable news outlets use on election day: states and counties that vote Republican are colored red and states that vote Democrat are blue. But this idea of left-as-blue, red-as-right didn't become the standard across the board until the election of 2000.

The Washington Post (Lean Left) points to a video of ABC's (Lean Left) election night coverage from 1976. In it, the Democrats are blue and the Republicans are yellow. 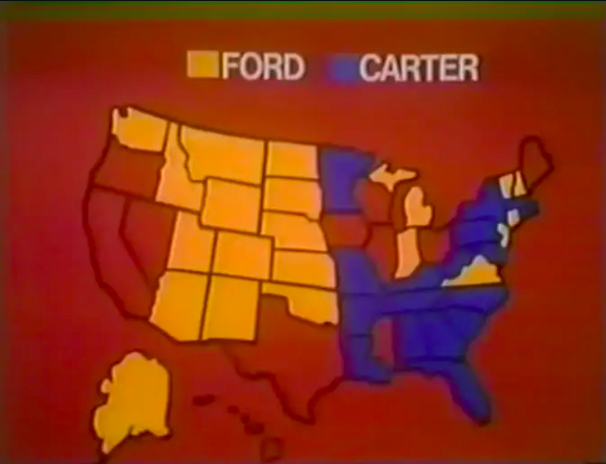 From 1972 to 1980, major networks like CBS (Lean Left), ABC and NBC (Lean Left) actually used blue to designate Republicans, and red for Democrats. A switch noticeably occured in 1988.

Why the switch? According to the LA Times, “The thinking in some quarters was that red was too closely associated with leftist political movements, an image the Democratic Party was trying to shake.

“Communists were called reds and Democrats were accused of being too far left,” said Larry Sabato, director of the University of Virginia’s Center for Politics. “It reinforced the stereotype about Democrats that they didn’t want.”

On election night in 1980, according to The Conversation, “as more states went for Reagan, his campaign workers gleefully began to refer to the increasingly blue map as “Lake Reagan.” Later in the evening, with all the states decided, the electoral map registering the magnitude of Reagan’s triumph had become, in the words of another TV commentator, an “ocean of blue.””

It’s not the same abroad. In the United Kingdom, for example, the Conservative party color is blue, while the unofficial anthem of the Labour Party begins “The people’s flag is deepest red.”” Wikipedia features a long list of center-right and conservative political groups associated with the color blue.

The switch in the U.S. is notable, especially considering the historical use of the color red in politics.

The use of the color red by far left-wing movements has a long history. Consider the “Red Guards” during the Chinese Cultural Revolution — these were paramilitary units of young people loyal to Mao Zedong who worked to rid the nation of the so-called "Four Olds": old customs, old culture, old habits, and old ideas. The group destroyed traditional relics and physically harmed dissidents. Under Chairman Mao, a popular slogan in China was The East Is Red.

Left-wing communist terrorist groups in Japan and Germany during the late 1960s and 1970s also reportedly called themselves “The Red Army” and “Red Army Faction.” Then there was “The Red Scare,” a time period in the U.S. defined by fear of communist threat in the country during the Cold War with the Soviet Union in the late 1940s.

There was also Soviet Russia’s Red Army, established immediately after the 1917 October Revolution (the “White Army” fought against the Bolsheviks). The flag of Communist Russia was red, and the flag of modern-day China is still red. The communist hammer and sickle is typically depicted in red (though sometimes it is yellow on a red background, as in the Soviet Russia flag).

The flag of antifa, which is typically considered to be a far left group, is (and has historically been) red and black, likely drawing from the symbolic colors for anarcho-communism. Antifa is active today but traces its roots to Nazi Germany. 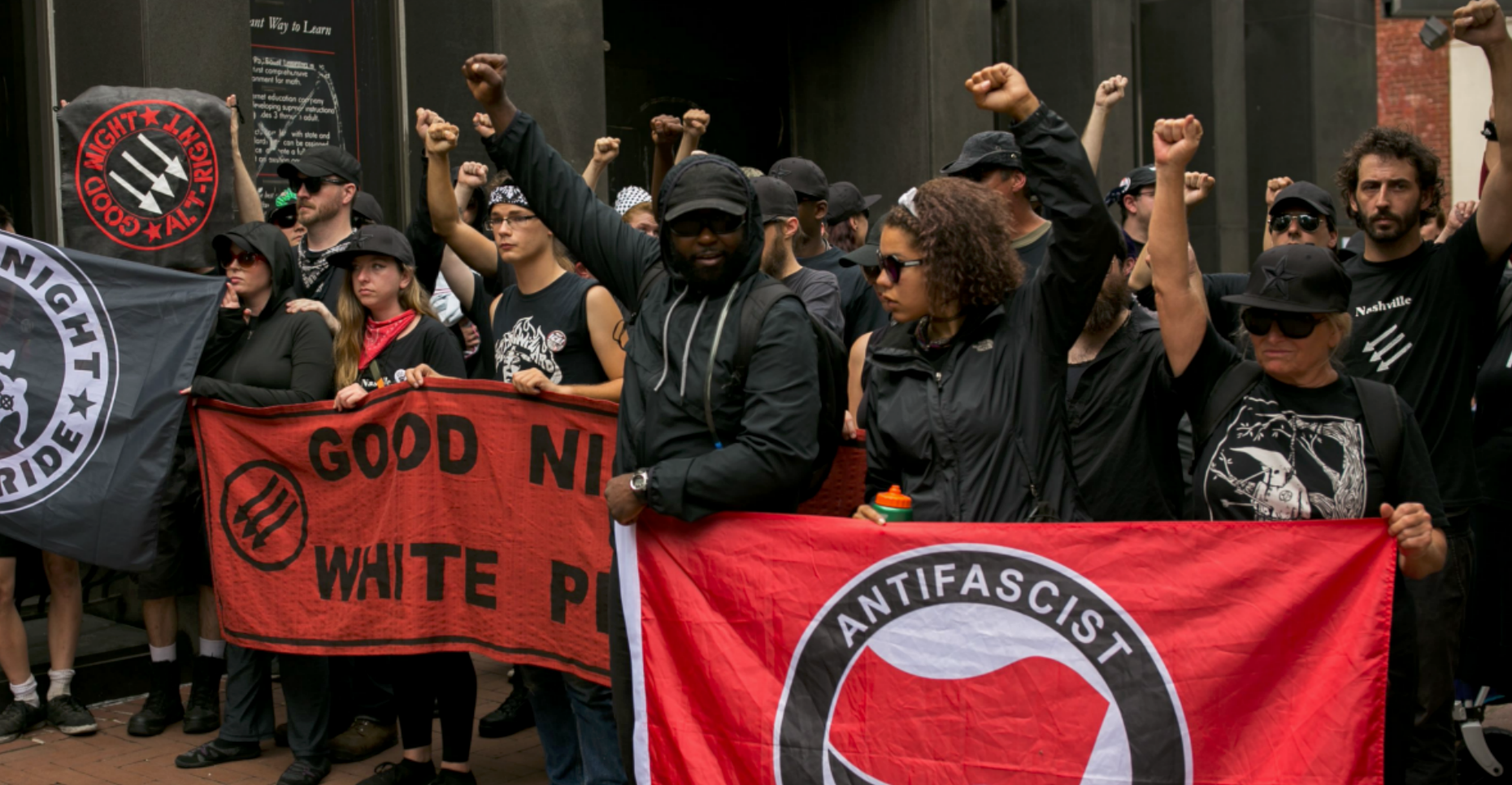 How Color Shapes Our Perception

It’s well-established that color elicits a psychological and emotional response. Our perceptions of a brand or group are influenced by color; this is something marketers take into account when trying to shape a brand image, for instance. Some brands, such as Chik-fil-a, Red Bull, and Coca-Cola, prominently use red in their marketing. Others, like Facebook, Twitter, and Pepsi, choose blue. Political factions also engage in marketing for their party and cause. Andrew Yang had a famous shade of blue he used to represent the “Yang Gang” during the 2020 election – specifically, blue hats that said “MATH”; Donald Trump popularized the red MAGA hat; Democrat Bernie Sanders used blue in his campaigning, and Elizabeth Warren used teal.

The associations we have with a color are perhaps largely subjective, but few would argue that they hold no meaning. For instance, one could argue red is associated with “activity, strength, and stimulation,” while blue represents “intelligence, communication, trust, efficiency, duty, and logic.”

Just as color influences our perception of brands, how can different colors make us feel or think differently about political factions?

In the U.S., the use of the colors red and blue have shifted when representing the political left and right, and this is a formula that AllSides currently follows. Whatever your perception of each side, it’s important to explore the left and right positions and perspectives in full, rather than making snap judgements based on biased media snippets — or yes, colors. Use our tools to get perspectives across the spectrum and to decide for yourself.