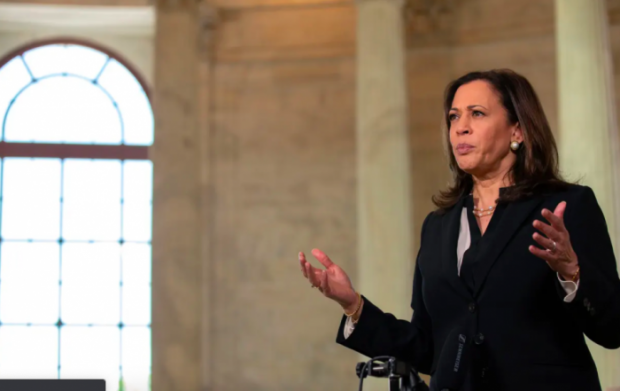 Former Vice President Joe Biden is expected to choose a 2020 running mate in the coming weeks, winding down a polarized selection process that elicited zest for progress on one side, and scorn for purported tokenism on the other.

Many reports have narrowed the field to two candidates: Sen. Kamala Harris (CA), and former ambassador to the U.N. Susan Rice. Left-rated sources have generally focused on profiling Biden's possible selections, framing the decision in the context of a national push for equal and diverse representation. Coverage from right-rated sources has painted Biden's candidates and decision process in a more critical light, with some voices accusing him of moving to appease far-left Democrats with his choice.

On the Blog: Examples of media bias explored on the blog this week include a controversial tweet from CNN, split and spun coverage of Dr. Fauci's recent Congressional hearing, and certain sources ignoring police withdrawals from the DNC.

More from AllSides: Help AllSides rate media bias. Take our blind bias survey today!; In the face of the COVID-19 infodemic, AllSides created a Facts and Fact Checking portal, where you can see the latest fact checks on a variety of topics and issues. You can also now support our work and mission by becoming a sustaining member of AllSides. Sustaining memberships allow you to read AllSides ad-free.

GOP is licking its chops over Biden’s veep shortlist

"The activist left wing of Biden’s party is too eager to defeat President Trump to sit on its hands, no matter whom he chooses as his co-pilot. But the swing voters, as ever, are soccer moms, a portion of blue-collar whites, and family-oriented (and culturally centrist) Hispanic women. They may be tired of Trump’s volatility and vindictiveness, but they aren’t in the mood for some sort of liberal revolution, either. They want steadiness, not an ideological crusade."

"As presumptive Democratic presidential nominee Joe Biden spends this week at his home in Delaware, holding one-on-one meetings with roughly half-dozen contenders who have made his shortlist for running mate, a new report speculates that the former vice president has narrowed his choices to two candidates."

"Overall, this year’s vetting period has been cast with a sense of Democratic elders critiquing potential running mates for Biden with the same stereotypical criticisms men too often lob at women. Many Democratic women with extensive experience in party politics say the remarks, while not surprising, are deeply offensive and mar a vetting process that they hoped would be celebrated for its diversity."

What we are learning and relearning about the VP pick

"Finally, VP picks happen in a specific context. Biden is far ahead in polls, running against an unbalanced and intellectually limited narcissist with a dreadful record in the midst of the unprecedented intersection of a pandemic and economic collapse. The election also takes place during a window of opportunity to fiercely attack systemic racism. The moment calls out for a no-nonsense, tough and serious woman, especially a woman of color. (John McCain made the mistake of undercutting his image of an experienced leader by selecting Sarah Palin.) Biden is selling normalcy, decency and competence; his running mate must have all of those qualities."

"Over 100 Black women leaders and activists slammed comments made of Black women being considered to be Joe Biden's running mate as racist and sexist in an open letter published Wednesday. The letter comes as Biden is nearing an announcement on his vice presidential pick. It also comes just days after a Virginia mayor made a Facebook post that read, “Joe Biden has just announced Aunt Jemima as his VP pick.” Barry Presgraves, mayor of Luray, Va., is now facing calls to resign following the post, which has since been deleted, according to a report from WTOP."

"The case for Harris: Biden’s brain trust — Steve Ricchetti, Mike Donilon and Ted Kaufman — skew older and have deep and trusting relationships with many of the Obama and Clinton veterans who are advocating for Harris. It rests in part on her prosecutorial skills, which could help her attack the Trump administration with discipline. The case for Rice: Rice is getting a big bounce from Obama people who claim her presence on the ticket would guarantee the enthusiastic presence of both Barack and Michelle Obama on the campaign trail. If the contest comes down to a popularity contest with Obama alumni, Rice has an edge — and Rice allies point to her White House experience."