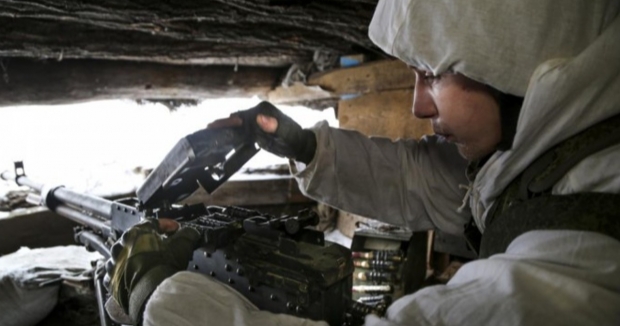 Russia's military buildup along its border with Ukraine has sparked fears of an invasion and military mobilization from the U.S. and other European allies.

President Joe Biden has predicted a Russian invasion of Ukraine, and originally said a "minor incursion" would elicit a different response from the U.S. than a full-on invasion — a comment that sparked criticism and clarification from other members of his administration. Meanwhile, Russia has continued to bolster its military presence on the Ukrainian border and demand that the North Atlantic Treaty Organization (NATO) not give membership to Ukraine.

U.S. Secretary of State Antony Blinken met with Russian leaders last week, and said Wednesday that the U.S. formally rejected Moscow's NATO demands but was open to negotiating other subjects. Over the weekend, the State Department told families of staff at the U.S. Embassy in Ukraine to return stateside, and on Monday, the U.S. put 8,500 troops on "heightened preparedness to deploy" to Eastern Europe.

Many voices across the spectrum voiced opposition to a Russian invasion of Ukraine. Right-rated outlets were typically more supportive of U.S. military aid for Ukraine and NATO; others, such as Tucker Carlson (Right bias), argue that Ukraine is "strategically irrelevant" and question why the U.S. would get involved. Left-rated voices were more likely to support sanctions and highlight the potential economic consequences of an armed conflict. Many across the spectrum also highlighted Germany's reluctance to support Ukraine.

"Moscow has denied it is planning an assault, but it has massed an estimated 100,000 troops near Ukraine in recent weeks and is holding military drills at multiple locations in Russia. That has led the United States and its NATO allies to rush to prepare for a possible war."

"Europe's most divisive energy project, Nord Stream 2 is designed to double the amount of gas flowing from Russia straight to Germany, bypassing traditional transit nation Ukraine, on the bed of the Baltic Sea. It has faced resistance within the European Union, from the United States as well as Ukraine on the grounds it increases Europe's energy dependence on Russia and denies Ukraine transit fees, at a time of Moscow's broader standoff with the West."

‘Ball is in their court’: US responds to Russia’s Ukraine demands
New York Post

"...the response touches on four separate issues: the principles that the US is committed to and what the US government will defend; American and allied concerns about Russian actions toward Ukraine and Europe 'that we believe undermine security'; the Russian request that Ukraine be prevented from joining NATO; and what the secretary described as 'areas where — based on reciprocity — we believe we could advance our collective security.'"

When It’s Not about Ukraine
Michael Brendan Dougherty (opinion)

"Our interest is to avoid a conflict with Russia over matters that it defines as in its core interest, a territory that its own people consider significant to their security interests, and which ours overwhelming do not."

‘These Losses Are Very Hard’: On the Frontlines With Ukraine’s Soldiers
Vice

"Kucherenko is one of the latest victims of the eight-year war between Ukraine and Russian-backed separatists in which more than 14,000 people have died. As Russian President Vladimir Putin amasses more than 100,000 troops on the border with Ukraine and in Belarus, the prospect of more bloodshed looms large."

Would Putin Really Invade Ukraine For This?
Slate (opinion)

"Diplomacy is hard, especially when the disputes and conflicts of interest are as complex and deep as they are here. Will everyone be satisfied with the outcome? No. Ukrainians would like the warm-blanket security of NATO’s Article 5 guarantees. Russians (not just Putin) would like the uncontested restoration of their “sphere of influence” to the west. They’re not going to get these things."