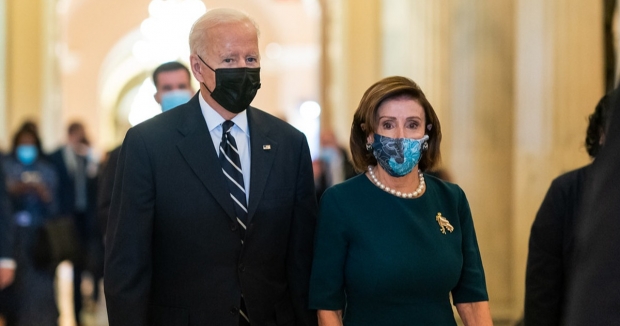 As Joe Biden begins his second year in office, it’s worth remembering his campaign pledge to rebuild a spirit of bipartisanship in our national politics. Fifty-three weeks after he was sworn into office, even the president’s biggest fans would admit that is not even close to happening.

Biden’s recent voting rights speech in Georgia seemed to mark a turning point in his efforts to reach out to Republicans, who have largely ignored his efforts. By invoking Jefferson Davis, George Wallace and Bull Connor in his speech, Biden essentially abandoned any possibility of bridge-building with the GOP and will turn instead toward a much more confrontational approach for the foreseeable future. Biden is gradually recognizing that the 20th century version of Congress in which he grew up is no more, having fallen victim to hyper-polarization driven by cable television, social media, gerrymandering and a broader set of cultural divisions that now infect almost every aspect of society.

But the president and his advisors also recognize the reality of the political landscape on which they operate, with razor-thin congressional majorities, an ascendant and empowered progressive Democratic party base, new levels of Republican obstructionism and an electorate growing increasingly impatient with the continuing pandemic and worried about the rising threat of inflation.

All of this takes place in the first weeks of a midterm election year, which also demands an increasing commitment to partisan warfare. Unlike presidential campaigns, which usually turn on a candidate’s ability to persuade undecided and centrist voters, lower-turnout midterm elections almost always rely instead on the parties’ abilities to motivate their respective bases to turn out. To put it another way, presidential elections are fought in between the forty yard lines. Midterms are won and lost on the goal lines.

This year’s campaign season promises to be especially brutal and uncompromising. Four years of Donald Trump’s presidency left the parties deeply divided and disdainful of each other, and the last twelve months have made the situation even worse. Biden, who has spent most of his career as an establishment figure and who only won over Democratic liberals in the 2020 primaries given their concern about the need to select an electable nominee best positioned to defeat Trump, has grown increasingly estranged from his party’s base over the last year. His falling poll numbers have gotten even worse this fall as disillusioned progressives have wandered away from him. In order to give congressional Democrats even a slim chance of maintaining their majorities this fall, Biden needs to find a way to get liberals sufficiently and enthusiastic about voting.

That’s why Biden went along with Senate Majority Leader Chuck Schumer’s curious strategy of highlighting the party’s voting rights legislation, despite the certainty of its defeat. Aides to both men have spent the last several days whispering to reporters that Democratic loyalists, especially voters from minority communities, needed to see the president fighting for their priorities, even in a losing cause. (Left unexplained is how to make pre-ordained failure into an effective motivating tactic.)

As I suggested last week, Biden can still save face from his voting reform defeat by jumping on the bipartisan Senate bandwagon in support of a legislative repair to the Electoral Count Act. The type of fix under discussion would protect against the type of post-election insurrection that Trump and his allies led after the 2020 campaign. But while that will serve a valuable constitutional purpose in future closely-contested presidential elections, it will do little to encourage voter turnout this fall. In the absence of a positive message to inspire voters, a candidate’s next best option is to instead frighten them about the horrors that would be visited by the opponent’s election. Biden’s move toward that type of Plan B allows us to assume a scorched-earth campaign to take us through the next ten months. Certainly, Republicans are already there, and Biden’s base is eager to respond in kind.

After that, though, it’s entirely possible that Biden could return to his bipartisan instincts. Bill Clinton and Barack Obama were the first Democratic presidents to serve two full terms since Franklin Roosevelt. Both veered sharply leftward in their first two years in office, both oversaw the decimation of their party in the midterm elections and both shifted back to the center to win re-election. Perhaps Biden is enough of a student of history to see the advantages of such an approach. But even if he does, a return to bipartisanship is still at least a year way. And the path between here and that readjustment point will be a bumpy one.