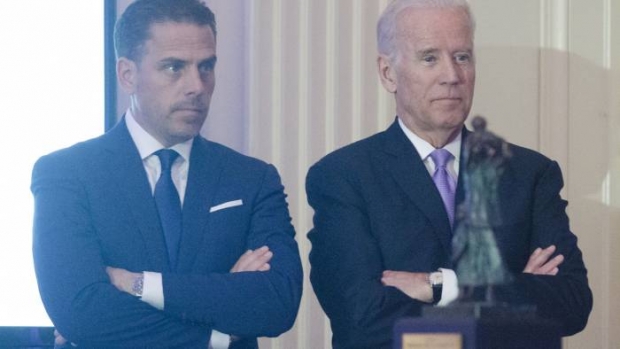 The New York Post reported last Wednesday that it had obtained incriminating emails from a laptop belonging to Hunter Biden, which suggested his father Joe Biden had been untruthful about his involvement with his son's overseas business dealings. The story was called into question by Biden's campaign, and sharing of it was censored on Twitter and Facebook.

Reporting on the Post's story was extremely divided from left to right, and was more frequent from right-rated outlets. Many right-rated sources framed it as evidence of Biden's corrupt tendencies and inadequacy as a presidential candidate; many left- and center-rated sources painted the story as possible disinformation, and questioned its adherence to ethics and quality of sources.

Twitter and Facebook's efforts to impact the story's circulation were also covered widely, especially by right-rated sources. Many reports on all sides focused on government regulations and Senate subpoenas that could potentially follow.

On the Blog: How does Trump's COVID-19 strategy match up with Biden's? Check out our Trump vs. Biden quick summary with balanced links on their coronavirus plans; There are big age gaps between some in the Senate. Are moderate elders being left behind by younger, more partisan senators?; and we don't hear often enough about common ground between Americans — like our shared desire for fair and safe elections.

More from AllSides: Looking for instant all-sided news on a specific subject? Try using our Balanced Search; AllSides is curating a balanced feed of fact checks about the 2020 elections; you can also now support our work and mission by becoming a sustaining member of AllSides. Sustaining memberships allow you to read AllSides ad-free.

"Many Post staff members questioned whether the paper had done enough to verify the authenticity of the hard drive’s contents, said five people with knowledge of the tabloid’s inner workings. Staff members also had concerns about the reliability of its sources and its timing, the people said. The article named two sources: Stephen K. Bannon, the former adviser to President Trump now facing federal fraud charges, who was said to have made the paper aware of the hard drive last month; and Rudolph W. Giuliani, the president’s personal lawyer, who was said to have given the paper “a copy” of the hard drive on Oct. 11."

What the FCC can and can’t do to Section 230

"While Democrats have their own problems with Section 230, those have mostly focused on eliminating immunity protections for websites that feature child sex trafficking and child sexual abuse images. Changing Section 230’s content moderation policies has become a partisan issue — Republicans are the ones writing bill after bill opposing Section 230 and decrying perceived censorship on social media platforms — and that makes it much less likely that Democrats will pick up the Republicans’ cause."

"Democratic presidential candidate Joe Biden said in an interview Tuesday that there was no basis “whatsoever” to say that his son, Hunter, has profited off of his family name, a claim which the younger Biden contradicted in an interview last year...Despite Joe Biden’s remarks, Hunter acknowledged in an interview on Oct. 15, 2019 that he believes he was asked to join the board of Ukrainian energy company Burisma Holdings because his father was vice president."

"The latest effort to ban Americans from reading news about candidates for federal office represents an intentional and very public information coup. It’s long past time that the lawmakers who represent the country stand up and say enough is enough: They will no longer be able to muzzle the American public or its First Amendment free press under color of license via section 230 of the Communications Decency Act."

"Interviews with more than a dozen people, including executives and former prosecutors in Ukraine, paint a picture of a director who provided advice on legal issues, corporate finance and strategy during a five-year term on the board, which ended in April of this year. Biden never visited Ukraine for company business during that time, according to three of the people. They also said that his presence on the board didn’t protect the company from its most serious challenge: a series of criminal investigations launched by Ukrainian authorities against its owner, Mykola Zlochevsky, a multimillionaire former minister of ecology and natural resources."

"Hunter’s emails. Sounds familiar, right? Replace “Hunter Biden” with “Hillary Clinton” and we’re back in 2016 again. Perhaps that is President Donald Trump’s plan as we head into the home stretch of the election. While the media might have been complicit in the “Hillary’s emails” story back in 2016, is there a danger of that happening again in 2020? Is it already happening? Not as much."