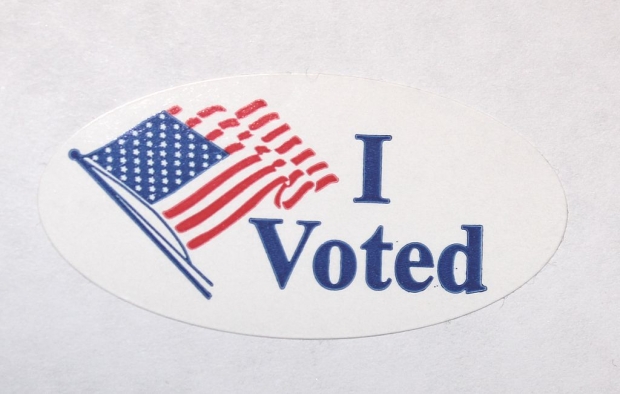 When examining elections, one may conclude that their competitive nature means they’re inherently divisive. Yet when expanding one’s viewpoint to see the shared values that have fostered our democratic republic, many commonalities are revealed.

More specifically, both Democrats and Republicans want to feel their voice is heard in determining the future of the country; they want to feel safe while exercising their right to vote, and they want fair elections. Well-meaning people across the political spectrum can still differ in what their definitions of “safe” and “fair” are, but the underlying goals are shared.

At a basic level, the act of voting shows the desire to be heard and to positively influence the future of the country. Americans across the political spectrum want to be heard, and it can hurt to feel ignored. After the 2020 election, it became clear that many Republicans felt ignored, with 33% of them saying they trust U.S. elections and 32% of Republicans believing that the 2020 election was “free and fair,” according to data from the Morning Consult. And according to the April 2022 Harvard Youth Poll, 42% of youth now believe that their vote does not make a difference, yet 18-to-29-year-olds are on track to match 2018’s record-breaking youth turnout in a midterm election in November of 2022.

These shared values and the desire to be heard can be found underneath many contentious discussions surrounding voting, especially in the weeks leading up to the 2022 midterm election. This includes the influence of foreign political actors and the remaining effects of voting policies rolled out during the COVID-19 pandemic.

The pandemic, at its height during the 2020 presidential election, necessitated changes to the voting process, some of which remain in place. These include the expansion of absentee voting and voting by mail. Absentee voting reflects a shared value held by many Americans, which is the desire to avoid compromising public health and the health of others while voting. In July 2020 Pew Research center poll (Center) found that majorities of both Republicans and Democrats believed voters should be able to vote early or absentee for either no reason or due to the pandemic.

The debate about absentee voting also highlights the shared desire for fairness. Some Democrats felt that the threat of contracting the virus could have prevented at-risk individuals from voting, which would have been a barrier to political participation. Thus, they saw absentee voting as a means to reduce this barrier. Conversely, while many Republicans share this desire for fairness, some viewed absentee voting as unfair, suggesting it could enable voter fraud and expose voters to potential coercion from friends and family.  As the U.S. comes out of the pandemic, this was reflected in 2021 data from Pew Research, where Republicans' support for absentee ballots without reason fell to 38%. All in all, while certain Democrats and Republicans differ on whether absentee voting is fair, both share the overarching belief that the end result — elections — should be fair.

The desire for fairness is also visible when focusing on the threat of foreign interference in the 2020 presidential election. According to a statement from the Department of Homeland Security, multiple foreign governments targeted critical infrastructure sectors in the United States during the election, though that interference did not ultimately alter the integrity of the votes. Voters continue to be concerned about foreign interference and the FBI and NSA have warned that it may be an issue in the upcoming 2022 midterm elections.

The threat of foreign interference also challenges Americans’ desire for safety. While not a physical threat, disinformation campaigns often have negative impacts on the emotional health of many Americans.

Americans have genuine differences when it comes to elections, but despite these differences, according to the Washington Post (Lean Left) in 2022 data, 60% of Democrats and 58% of Republicans are somewhat or very proud of how democracy is functioning in the United States. All Americans still want to be heard, feel safe and have fair elections. These shared goals and beliefs about key foundational principles of our democratic republic are a promising sign for unity in a time with seemingly so much polarization.

Jackson Lanzer is a high school senior and a young professional member of the Los Angeles World Affairs Council. He has contributed to contestedpolitics.com and is now writing depolarizing articles. Additionally, he was awarded a regional Scholastic Writing Award for critical essay writing in 2020. Jackson has a Center bias.