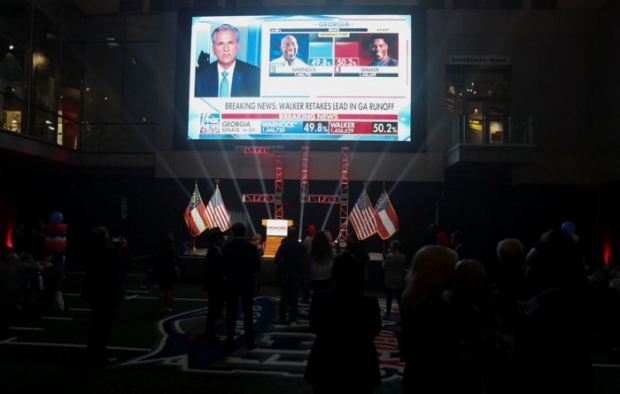 What It Means: Democrats now hold 51 Senate seats to 49 for Republicans. The overall majority means Democrats will hold majorities on all Senate committees, giving them better chances of approving presidential nominations and appointments, such as judges, more quickly.

By the Numbers: The race was the nation's most expensive in 2022, costing over $400 million. It was forced to a runoff after neither candidate secured 50% of the vote in the Nov. 8 general election, which was due in part to Libertarian Chase Oliver winning just over 2% of the vote. Warnock spent $126.2 million of the $150.5 million he raised, and Walker spent $48.5 million of the $58.3 million he raised.

Key Quotes: "Thank you, Georgia. We did it again," said Warnock on Twitter after his win was confirmed. In his concession speech, Walker said "we put up one heck of a fight."

Looking Back: The campaign was defined more by personal attacks between the men, and less by their stances on issues  Each raised questions about domestic abuse incidents in the other's past, and accusations that Walker paid for an ex-lover's abortion years ago despite his current pro-life stance also surfaced, which he denied.

News coverage of the race often differed along partisan lines, with left-rated outlets focusing more on criticisms of Walker and right-rated sources focusing more on criticisms of Warnock. Sources across the spectrum criticized Walker as a candidate and framed him as a symbol of Republicans' 2022 shortcomings. Some commentators, including some team members here at AllSides, expressed sadness that actual policy decisions and outcomes played such a small role in the campaign.

"Senate Republicans largely avoided citing Trump by name, but made it clear they saw Walker's loss as the latest in a series, in a year that began with party hopes of capturing the Senate and House of Representatives. Trump's party succeeded in winning a House majority, but by a smaller margin than it had expected."

"While the race remained close throughout the night, Warnock consistently performed well in the areas he needed to in order to win, and even appeared to flip one county, Baldwin, that went for Walker in November. His Republican opponent, meanwhile, slightly underperformed in many counties he carried last month."

"Republicans differed in their analysis of what led to Walker’s loss by nearly 100,000 votes. Candidate quality, former President Donald Trump’s influence, and Democratic fundraising were all cited as factors. Georgia Republican Lt. Gov. Geoff Duncan put most of the blame on the 76-year-old Trump for Walker’s defeat. 'If we don’t take our medicine here, it’s our fault. … Every Republican in this country ought to hold Donald Trump accountable for this,' Duncan said Wednesday."

"Having suffered the rare humiliation of failing to win a second term in the Oval Office, and having cost his party a majority in the senate – three times – it is time for Donald Trump to step away from politics. It is the right thing to do for his party, for the country, and for himself."

"The Democrats’ capstone re-election victory of Senator Raphael Warnock forced Republicans to reckon on Wednesday with the red wave that wasn’t, as they turned with trepidation to 2024 and the intensifying divisions in the party over former President Donald J. Trump."

Raphael Warnock’s win over Herschel Walker is bigger than politics

"One might argue that on a basic level, the race between Walker and Warnock was relatively close because America is so divided and because — notwithstanding the success of Biden, Sen. Jon Ossoff and Warnock this election cycle — Georgia isn’t as much blue as it is turning blue. It’s also the case that many voters will turn out for their party even if they know the party’s candidate is deeply flawed."