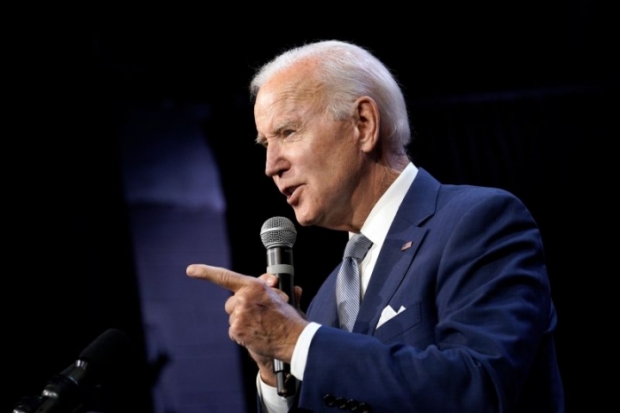 President Joe Biden announced the sale of more U.S. oil from reserves this week and signaled a willingness to sell more, in an attempt to calm oil market uncertainty and keep U.S. gas prices from rising more.

"With my announcement today, we’re going to continue to stabilize markets and decrease the prices, at a time when the actions of other countries have caused such volatility," said Biden on Wednesday. The planned sale of 15 million oil barrels from the U.S. Strategic Petroleum Reserve brings it to its lowest level since 1984.

Meanwhile, U.S. gas prices have started to rise again in recent weeks after falling for months, and are up roughly 5% from last month. September's inflation report showed that gas prices remain 18.2% higher than a year ago.

OPEC+, the intergovernmental oil-producing cartel that influences prices, agreed to reduce production by 2 millions barrels per day earlier this month, a move that drew criticism from Biden and caused even more market instability. Last week, National Security Council spokesman John Kirby suggested that Biden was reevaluating relations with Saudi Arabia, a key player in OPEC+, after the cuts.

Sources on all sides said the move showed that Democrats are trying to quell economic concerns among voters ahead of the midterms. Industry experts cited across the political spectrum noted that it will likely have little impact on gas prices. Some criticized Biden for purportedly worsening the crisis by stunting U.S. oil production. Left-rated sources were more likely to highlight experts that said the move could help U.S. consumers at the pump; right-rated sources were likely to do the opposite, and to paint Biden as less capable of managing international relations and energy market disruptions than Trump.

Pain at the pump could shift midterm outcome: 'This election is likely won or lost at the pump'

"Democrats experienced a boost in momentum and opinion polls over the summer, coinciding with gas prices dropping in most places around the country. However, with prices rising again, many political strategists see the party flagging headed into the midterm elections."

"In this case, the national emergency is most likely the midterm elections, in which the president's party is likely to lose seats in Congress, in large part because of runaway inflation that is powered, in significant part, by an increase in gas prices. Biden's release reduces the Strategic Petroleum Reserve, or SPR, to its lowest level in nearly 40 years."

"Wednesday’s announcement of the sale – which amounts to less oil than the US uses in a single day – comes less than three weeks before Election Day, marking the latest step in the White House’s unprecedented attempt to balance global oil markets. The action is expected to fulfill the administration’s commitment in March to release a historic 180 million barrels from the SPR over a six-month period to counter soaring energy prices triggered by Russia’s invasion of Ukraine."

"This offers a warning for Democrats. Gas prices are trending back up, just as we hit the three-week mark from the election. There’s a reason the Biden administration wants OPEC to kick out its planned production cut for a month. His team is certainly aware of how these numbers have been moving, too."

Biden: Strategic oil reserve release ‘not politically motivated at all’

"The president also outlined plans to refill the reserve by buying more oil once prices fall to $70 a barrel. And he reiterated the need for oil companies to pass savings onto consumers at a time when major refiners and producers are seeing massive profits."

"What if a real national emergency did arise in the days or weeks to come? The President boasted during his press appearance yesterday of the fact that the SPR still contains 400 million barrels, which he claims is 'more than enough' to deal with any foreseeable emergency. But is it really?"