OPEC+ agreed Wednesday to cut its oil output by 2 million barrels per day, despite pressure from the U.S. to keep production high. In response, President Joe Biden said he would release 10 million additional barrels from strategic reserves to stabilize gas prices.

The move by OPEC+ could raise global gas prices and provide an economic boost to Russia. Oil prices hit three-week highs following the announcement but remained well below June’s high of $120 per barrel. OPEC+ attributed the output cuts to “uncertainty that surrounds the global economic and oil market outlooks.” The White House called the move “disappointing,” arguing it would hurt “lower- and middle-income countries” the most.

With the 2022 midterm elections just one month away, many suggested higher gas prices could boost Republicans, who blame Democrats for higher costs. U.S. gas prices fell for nearly 100 days over the summer but began rising again in late September.

Coverage was widespread across the spectrum, with some coverage from the right framing OPEC+ as ignoring or slighting Biden. While most coverage focused on OPEC+ and gas prices, Fox Business (Lean Right bias) stood out by highlighting Biden’s use of strategic oil reserves. CNN Business (Lean Left bias) highlighted that the output cut was “the biggest cut to oil production since the start of the pandemic.” 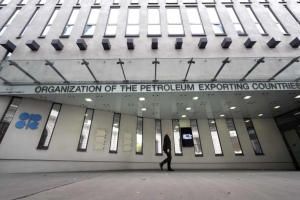 The OPEC+ alliance announced a 2 million barrels a day cut in oil production Wednesday — an amount that could drive oil and gas prices back up after weeks on a downward trend.

The meeting of the 24 OPEC+ oil-producing countries, including Russia, comes at a time when much of the world is already battling soaring energy costs. A supply cut will also exacerbate tensions between Saudi Arabia and the U.S., where President Biden has been trying to rein in prices at the gas pump ahead of the midterm elections. 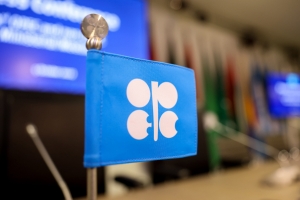 A group of some of the world’s most powerful oil producers on Wednesday agreed to impose deep output cuts, seeking to spur a recovery in crude prices despite calls from the U.S. to pump more to help the global economy.

OPEC and non-OPEC allies, a group often referred to as OPEC+, decided at their first face-to-face gathering in Vienna since 2020 to reduce production by 2 million barrels per day from November. 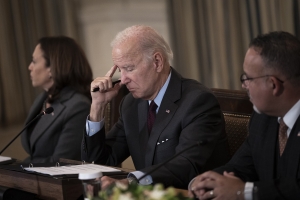 The Biden administration’s scramble to avoid another surge in US gas prices took a major hit Wednesday after OPEC and Russia approved a significant cut in oil production.

Oil jumped to $87 on Wednesday after the OPEC+, a group of oil-producing nations that includes Russia, slashed output limits by 2 million barrels per day. The cut would mark the largest drop in OPEC+ oil production since 2020 and add additional pressure to global energy markets already reeling from the Russia-Ukraine conflict, Bloomberg reported.

The cuts were approved even after the Biden... 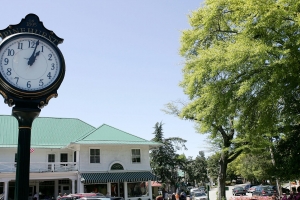 Fact Check
Has Biden Sold Off More Oil Than Every Past President Combined?
Newsweek