Key Quotes: "Inflation has built up a lot of momentum over the last year. That’s going to keep inflation higher than the Federal Reserve wants it for at least a couple more months—if not a couple more quarters", said Bill Adams, chief economist at Comerica Bank.

For Context: U.S. inflation continues to set new 40-year highs, as prices of food, housing, medical care, and other items continue to increase. The Biden Administration passed the Inflation Reduction Act in August seeking to address the issue, and the Federal Reserve has increased its benchmark interest rate five times this year to cool off consumer demand for borrowing. Gas prices have fallen for three consecutive months, but remain 18.2% higher than a year ago.

How the Media Covered It: Some right-rated sources noted that President Biden has blamed purportedly greedy corporations and Russian President Vladimir Putin's war in Ukraine for inflation. Some left-rated outlets pointed out that Federal Reserve officials largely decided it was better to raise interest rates aggressively now in an attempt to avoid economic pains in future months. 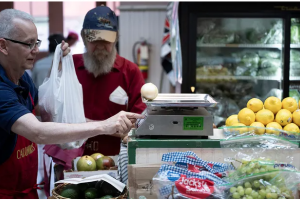 Inflation ran hotter than expected in September as persistent prices continued to squeeze U.S. households and worsen a political headache for President Biden with just one month until midterm elections.

The Labor Department said Thursday that the consumer price index, a broad measure of the price for everyday goods including gasoline, groceries and rents, rose 0.4% in September from the previous month. Prices climbed 8.2% on an annual basis.

Those figures were both higher than the 8.1% headline figure and 0.2% monthly increase forecast by Refinitiv economists, a worrisome sign... 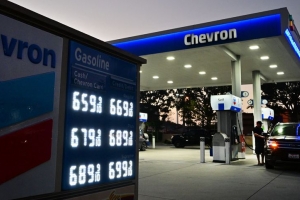 The Labor Department on Thursday said that the consumer-price index, a measure of what consumers pay for goods and services, gained 8.2% in September from the same month a year ago, down from 8.3% in August. That was down from an annual increase of 8.5% in July and 9.1% in June, which was the highest inflation rate in four decades. 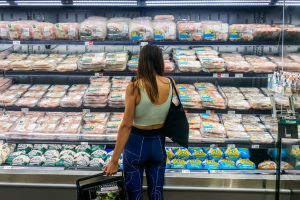 The annual U.S. inflation rate was little changed in September, hitting 8.2% year-over-year compared with August's 8.3% reading as the pace of price increases remains at multidecade highs, causing pain for many U.S. households.

High prices for food, shelter and medical care sent the consumer price index for September up by 0.4% compared to August's 0.1%, according to data from the Bureau of Labor Statistics released Thursday morning.

Inflation remains at the top of Americans' minds going into the last quarter of a year that has seen across-the-board volatility in food, gasoline...