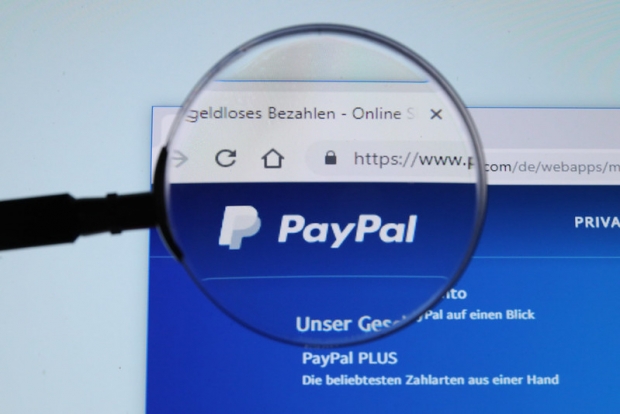 Update: PayPal has reintroduced a fine for misinformation with similar verbiage to the original policy, adding to its list of restricted activities for which users can be fined $2,500 "Provide[ing] false, inaccurate or misleading information."

PayPal received backlash this week for releasing an updated use policy that would fine users up to $2,500 for “the sending, posting, or publication of any messages, content, or materials… [that] promote misinformation.” The platform has since removed the policy.

Left-rated media did not cover the story as prominently, displaying story choice bias. Conversely, right-rated media emphasized that PayPal has banned groups in the past and continues to fine users for intolerance and hate. Some outlets on the right used subjective adjectives and sensationalism in their reporting.

What the Left Reported
What the Right Reported

PayPal posted an updated “Acceptable Use Policy” that was set to go into effect on November 3. Within the policy’s prohibited activities it states that users may not send or post messages that “promote misinformation.” The policy also includes restrictions on nudity, violence, illegal drug use, infringement on privacy, etc.

After the Daily Wire (Right) broke the story about this policy, many pledged to pull their money from PayPal and stock prices fell 6%. Former President of PayPal David Marcus tweeted, “It’s hard for me to openly criticize a company I used to love and gave so much to. But @PayPal’s new AUP goes against everything I believe in. A private company now gets to decide to take your money if you say something they disagree with. Insanity.” and Elon Musk, co-founder of PayPal replied that he “Agreed.”

A spokesperson from the company told National Review (Right) that “An AUP notice recently went out in error that included incorrect information. PayPal is not fining people for misinformation and this language was never intended to be inserted in our policy. Our teams are working to correct our policy pages.”

All of these outlets, except for the Washington Times, mentioned that PayPal has banned groups including “Gays Against Groomers” for hate speech. This detail shows slant as it is included in an attempt to illustrate that  PayPal may interpret its established rules around censoring groups for hate and intolerance in a similar way when it assesses groups for spreading misinformation.

The Epoch Times headline was “Despite Initial Pullback, PayPal Will Continue to Fine Users for ‘Intolerance’ and ‘Hate’.” By leading with PayPal’s decision to continue to fine users it believes fall under the categories of “hate” and “intolerance,” Epoch Times shows slant. Leading with this fact implies that the hate and intolerance policy was under attack online before the misinformation policy was more widely criticized. This demonstrates slant by making it appear that PayPal was not responding to its users’ complaints.

The Epoch Times also emphasized that “The company has not strictly defined the terms “hate” and “intolerance,” which opens up the policy for abuse,” which is an example of an analysis stated as fact.

There was also frequent use of subjective qualifying adjectives from some outlets on the right. The New York Post called PayPal “famously woke.” The Daily Wire said in their news article (emphasis ours):

“A red-faced PayPal walked back a shocking new policy announcement that users who advance “misinformation” could face fines of $2,500 per offense, saying it was all a mistake after The Daily Wire called attention to the chilling scheme.”

“Red-faced,” “shocking,” and “chilling scheme” are subjective qualifying adjectives. The Daily Wire also states their opinion as fact, saying [emphasis ours], “Particularly chilling was the fact that the policy said determinations of what could be deemed ‘misinformation,’ or a threat to the ‘wellbeing’ of other users was to be at the ‘sole discretion’ of PayPal.”

The Washington Times sensationalized the situation by saying [emphasis ours] “David Marcus ripped the policy on Twitter.”

Left-rated news sources such as Snopes, Bloomberg (Lean Left), and Washington Post covered the story, but overall, the story was covered much more by right-rated outlets.

None of the outlets on the left mentioned PayPal’s pre-existing policy on hate and intolerance. Left-rated outlets focused more on the backlash to the policy from conservatives, while right-rated outlets inserted their own commentary about the egregiousness of the bill into their news reporting.

There was some use of qualifying adjectives on the left.

In its article, Bloomberg said,

“Right-wing politicians in the US have long accused major tech firms of censoring conservative voices, with social media giants such as Twitter Inc. and Meta Platforms Inc. attracting the most ire…The PayPal controversy was also seized upon by conservative politicians and social media personalities, who called on users to delete their PayPal accounts.”

Labeling the politicians concerned with Big Tech censorship as “right-wing” is an example of using qualifying adjectives, but it is accurate to say that more Republicans are concerned about censorship.

If you only follow news from left-rated outlets, you might have missed this story. But if you only follow right-rated outlets you may have gotten a more biased picture of the policy. To ensure you don’t miss important issues, keep up with our Media Bias Alerts. Recently, we’ve also analyzed coverage of Florida Gov. Ron DeSantis’s response to hurricane Ian and the immigrants sent to Marthas’s Vineyard.