Bipartisan gun safety negotiations stalled on Thursday as senators worked to iron out the details of the full legislation.

A key disagreement among the bipartisan negotiators involves what kinds of relationships count towards domestic violence; a provision in the bipartisan framework would expand gun restrictions for domestic abusers beyond those who are married to, live with or had a child with the victim. Senators also disagreed on whether states that don’t have red flag laws should be able to use the bill’s grant money, earmarked for implementing red flag programs, for other purposes.

Senators ended negotiations on Thursday, and many left Washington, D.C. for the weekend. Top Republican negotiator Sen. John Cornyn (R-Texas), who was booed by Texas Republicans on Friday over his role in the talks, tweeted Thursday that “indecision and delay” jeopardized the odds of a bill passing. Cornyn’s Democratic counterpart, Sen. Chris Murphy (D-Conn.), said the negotiations were “difficult” and carried “political risk to both sides,” adding, “we're close enough that we should be able to get there.” 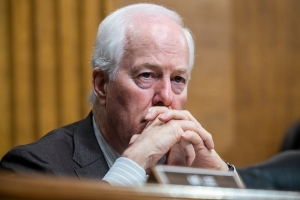 A key sticking point in the negotiations over a bipartisan gun violence package being drafted in the Senate has become how states can use grant money in that package.

The framework released Sunday called for grant money to help states implement “red flag” laws, which allow law enforcement and family members to petition courts to temporarily remove firearms from people who show signs of becoming dangerous to themselves or others.

But Sen. John Cornyn, R-Texas, began suggesting publicly this week that states that don’t have red flag laws — and don’t... 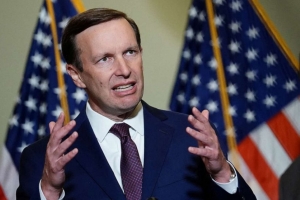 Top negotiators on a bipartisan gun safety framework deal huddled behind closed doors for several hours Wednesday evening to try to solve remaining differences, but the group's effort to expedite passage of an agreement is stalled, at least for the moment.

Since a group of 10 Democrats and 10 Republicans announced an agreement Sunday on a framework of proposals aimed at curbing gun violence in the wake of mass shootings in Uvalde, Texas, and Buffalo, New York, a bipartisan group of senators has been working to speedily turn the list...

Senate lawmakers are still untangling snags in the structure of their highly anticipated gun reform deal, even as its proponents push to turn their agreement into law by the time Congress leaves for its July 4 recess.

Lawmakers still have significant work to do before the agreement can become law.

And members of Congress from both the Right and the Left found reasons to object to the proposals before they became part of a legislative text.

“Will this bill do everything we need to end our nation’s gun violence epidemic?...