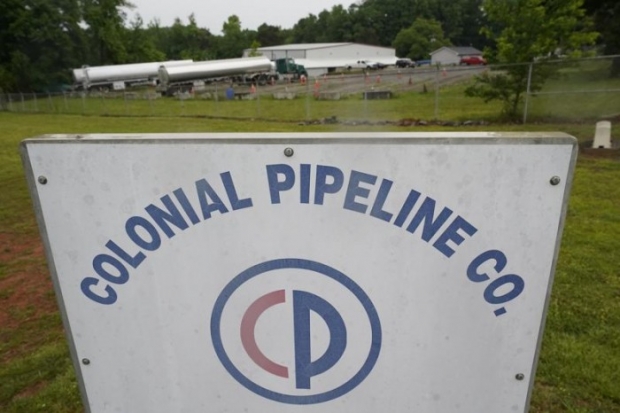 Gas stations were dry across the southeastern United States this week following a ransomware attack that shut down one of the east coast's main gasoline pipelines. The Colonial Pipeline shut down operations Saturday after the hack; it delivers roughly 45% of all of fuel consumed along the east coast. Stations in over a dozen states were still experiencing outages as of Thursday morning; the pipeline reportedly plans to resume service substantially by the end of this week. A spokeswoman for the AAA told the Christian Science Monitor that there still remains enough gasoline "to fuel the United States for the summer." The AAA also reported this week that the national average price of a gallon of regular gas climbed above $3, the highest point since 2014. Prices were already rising nationwide prior to the hack.

The hack and gas shortage were covered on all sides. Some reports from left-rated sources focused more on panic-buying as an irritant for the shortages, and highlighted the Biden administration's stated plans for getting gas to places in need; some also quoted officials who urged that transportation-related gas shortages were already a concern before the hack. Right-rated outlets often highlighting rising gas prices and tying the issues to Biden's presidency. Outlets on all sides, especially the right, also focused on pictures and videos of long lines at gas stations across the southeast.

Perspectives: PBS Newshour was accused of bias for a tweet about inequality and maternity leave; and could a rehaul of education to emphasize civics lead to a widespread reduction in polarization?

More from AllSides: AllSides is hiring for multiple positions. Join our team!; Sick of "fact checks" that aren't really just checking the facts? Use our Facts and Fact Checking portal to compare facts, fact-checking and analysis from across the spectrum; Download the AllSides mobile app for balanced news on the go. Available for iOS and Android; and you can help keep AllSides running by becoming a sustaining member of AllSides. Sustaining memberships allow you to read AllSides ad-free.

"The national average gas price rose to a seven-year high on Wednesday, and four governors have declared states of emergency as the shutdown of the Colonial Pipeline spurred panic buying across the Southeast. The shutdown of the biggest oil pipeline in the US due to a crippling cyberattack believed to be orchestrated by a Russia-based criminal group pushed Wednesday’s national average price to $3.008 per gallon of gas, according to the Automobile Association of America."

Lines at gas stations are a feature, not a bug, of Biden's green future

"Electric cars comprise less than 2% of the national market for motor vehicles today. Gasoline and diesel are as much necessities for human life as they ever have been. This is especially true for those who work for a living and lack the wealth still required to invest in a new battery-powered automobile."

"A cyberattack last week that shut down a pipeline, which carries nearly half of the East Coast’s jet fuel and gasoline, raises the question for the zillionth time: When is the government going to start taking serious measures to prevent, or at least minimize, these debilitating—potentially catastrophic—incidents? One possibly serious step is about to take place—the installment of a first-ever National Cyber Director, an official vested (at least on paper) with powers to order, coordinate, and enforce cybersecurity actions in the public and private sector."

"The disruption of Colonial Pipeline caused long lines at gas stations in the Southeast due to distribution problems and panic-buying, draining supplies at thousands of gas stations. Colonial initiated the restart of pipeline operations late Wednesday, saying in a statement that “all lines, including those lateral lines that have been running manually, will return to normal operations.”"

"The gas may be flowing again, but the White House is more worried than it's letting on about the potential fallout of the Colonial Pipeline hack that caused fuel shortages and triggered price increases, Axios has learned...Senior Biden officials are acutely sensitive to the images of lines outside gas stations before Memorial Day — the typical launch to the summer driving season. Republicans also are jumping on the bandwagon, suggesting Joe Biden is a modern-day Jimmy Carter."