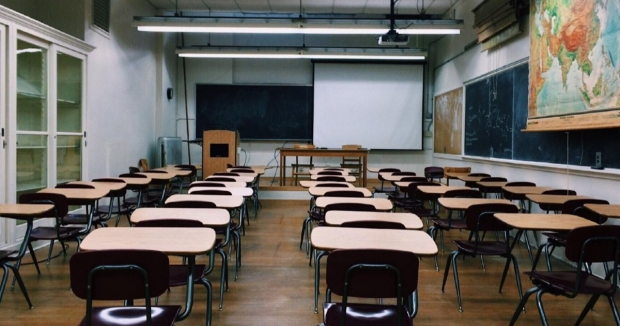 In the United States today, politics seems to be less about governing and more about finding the best way to demean the other side. The result: a partisan divide and an epidemic of affective polarization. Affective polarization is defined as “the extent to which citizens feel more negatively toward other political parties than toward their own.” Increasingly, Americans harbor more negative feelings toward members of the opposite party.

It is evident that some Americans have moved from civility and respectful disagreements regarding policy, to full blown disdain for their fellow citizens based largely in stereotype and willful ignorance.

The EAD report suggests educational strategies for children in grades K-12, implementation recommendations for states and school districts that fit their unique needs, and recommendations for investing in and maintaining a staff of civics educators. The curriculum developed by EAD combines civics and history and changes the way each is traditionally taught. Rather than assigning long readings and making children sit through extensive lectures, the EAD curriculum encourages students to ask difficult questions and find the answers to these questions in and out of the classroom, encouraging kids to be involved in American democracy and feel personally invested in the health of the republic.

A central feature of the EAD curriculum is the way in which American history and American politics is framed. There is an emphasis in the EAD curriculum on the compromises made at the very conception of the United States that shaped American government as well as the necessity of compromise in American politics in order to maintain a healthy and functioning country. EAD shows students that the “other side” does not exist for the sole purpose of harming or spiting you, but rather that diversity of opinion and striking a balance is what makes us who we are as a nation.

The curriculum is divided into seven themes. One of the themes is “We the People,” which asks a thematic question highly relevant for reducing affective polarization: “What values, virtues, and principles can knit together “We, the People” of the United States of America?” This is civics education that finds ways to bring Americans together.

Perhaps the most unique aspect to the approach of EAD’s philosophy on civics education is that it is based in student inquiry.

Rather than strictly teaching the facts of the important events in American history, EAD seeks to engage students by asking them difficult, and in many ways unanswerable, questions such as “how do we define fairness in America?” It takes approaches such as exploring the perspectives that colonialists, enslaved and free African Americans, and Indigenous people had about the British during the American Revolution.

Addressing this dark moment in history with affective polarization requires a multifaceted approach.

One way to combat this issue may be to restore quality civics education in schools based on the EAD model that goes far beyond rote memorization. EAD argues that as educational initiatives like the No Child Left Behind Act of 2002 and the Race to the Top grants of 2009 became the driving standard in education in the United States, subjects like civics and history have been left behind in the pursuit of subjects like STEM. Robust civics education should be part of the K-12 curriculum.

Navigating our country out of this period of polarization will not be easy. But a dynamic civics education framework is a strong step toward ensuring, at the very least, that the next generation will not make the same mistakes as previous generations.

This piece was edited by AllSides.com Managing Editor Henry A. Brechter (Center bias), and was reviewed by James Coan (Center). Correspondence can be directed to james@allsides.com.