The AllSides Media Bias Chart™ has been updated for 2022. Our recent Blind Bias Survey, in which hundreds of people rated the bias of Insider, NPR, Newsmax, Newsweek, and Washington Examiner, led to some changes in our ratings. 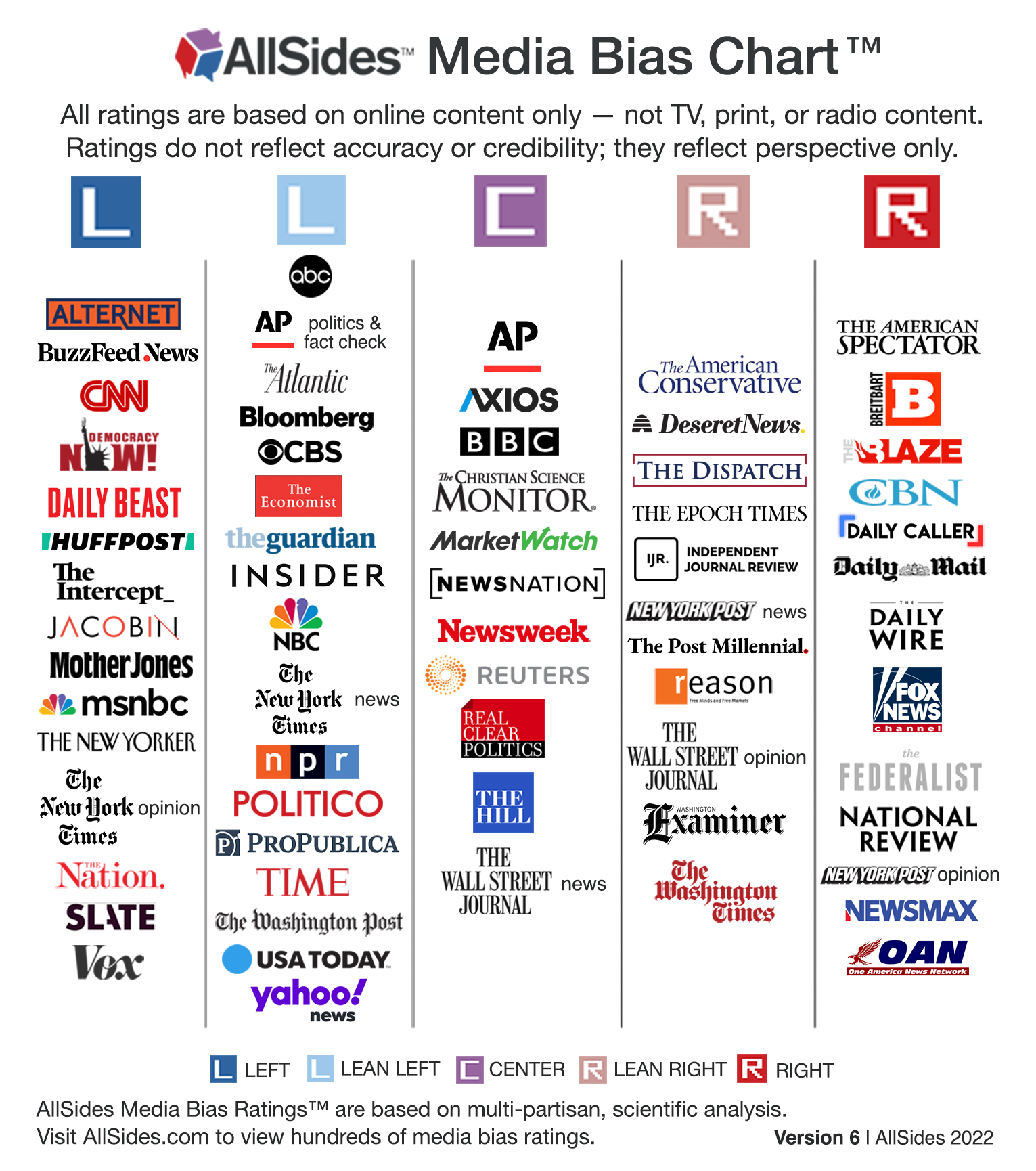 About the AllSides Media Bias Chart™

We don't rate accuracy or credibility — this chart speaks to political perspective only. Learn why AllSides doesn't rate media accuracy.

We want to hear from you! Vote on our ratings or sign up to participate in our next Blind Bias Survey.