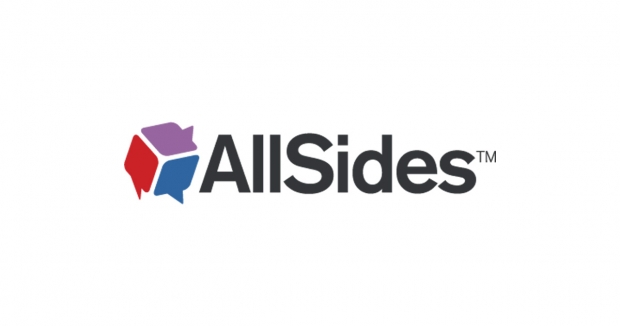 In a free society, it is dangerous for news organizations to position themselves as absolute authority in the name of simplifying the world for readers, or in an overestimation of their own knowledge and wisdom.

AllSides provides over 1,400 media bias ratings in which we rate the political bias of media outlets, writers and other sources. We sometimes hear that we should also rate accuracy, telling people which outlets give true or false information. Sometimes we are also asked to censor specific statements or opinions to prevent false data or false implications from being spread.

So why doesn’t AllSides provide accuracy ratings, or add a metric to the AllSides Media Bias Chart™ that shows reliability?

In short: because we do not assume we know the truth on all things, nor do we entirely trust ourselves to reliably and accurately recognize truth versus fiction, or (as is more often the case) a gray area.

There are many examples of news organizations at least occasionally spreading false information. That includes more than just partisan, niche or more extreme sources, but also established, mainstream and well-meaning news organizations.

Here’s what we mean.

We’re Not the Arbiters of Truth — And in a Democracy, No News Outlet Should Be

AllSides does not want to present ourselves as the all-knowable source of all that is true and false. Part of our core belief is that our tools enable people to decide for themselves. Positioning ourselves as an authority on what is true or false opposes that very objective. Part of being credible means admitting you don’t know everything — and can’t know everything, as no mere mortal (or group of mortals) can.

There are many examples of media outlets spreading clear falsehoods. Sometimes there is ample evidence and documentation of the truth, so it is easy to see how the information they shared is wrong. In these cases, it is easy for others to share the opposing information or data and let it speak for itself.

Other times, it’s not so simple to know what is true and false. But the danger comes in when news organizations make those decisions for the public.

News teams — not just AllSides’, but all news teams — are not all-knowing experts in every area they cover, regardless of the integrity of their sources, their financial resources, their thoroughness, their history, or how many of their colleagues agree with them.

When a news organization tries to become the ultimate source of truth or arrogantly believes that it knows everything, it becomes a promoter of fake news and misinformation itself — and sometimes even contributes to censorship of open debate and discussion. This wreaks havoc on the core requirements for an effective democratic society.

When we trust news teams to decide the truth for us, it is quite easy for bias and political agendas to come into play. We saw this with the media’s dismissal of the Hunter Biden laptop controversy and the media’s recent flip-flopping on the Wuhan Lab COVID origin theory. We saw it with The New York Times (Lean Left) spreading a false story about a Capitol rioter bashing a police officer with a fire extinguisher — a false story that was repeated endlessly by other media outlets and was even included in formal Trump impeachment papers. We also saw this when a New York Post (Lean Right) reporter resigned after publishing a false story about Kamala Harris that claimed copies of her children's book were provided at taxpayer expense in a “welcome kit” for unaccompanied migrant children at a shelter in Long Beach, Calif. These are to cite only a few examples within the last year or so.

Not only did much of the media reject stories or ideas that later proved to be true (or promote stories that later turned out to be false), they also convinced social media companies, which are massive platforms for public information and discussion, to censor these stories and ideas. Twitter prevented links to the Hunter Biden laptop story from being shared (then changed its policy) and Facebook removed posts related to the Wuhan lab leak theory (then reversed it).

This isn’t to say no institutions are trustworthy, or even that some institutions don’t get it right 99% of the time. But we have to be careful not to assign the banner of Minister of Truth to any one organization — including AllSides.

The United States ranks last in media trust — 29% — among 92,000 news consumers surveyed in 46 countries, according to a report from the Reuters Institute for the Study of Journalism at Oxford. With such a background, it would make sense why many Americans don't trust news organizations as arbiters of truth.

AllSides does effectively combat misinformation and fake news from all sides of the political spectrum.

By revealing information that demonstrates falsehoods or misleading statements, regardless of the political leanings, AllSides effectively combats misinformation. We do it in a way that leaves the reader in power — they can see the arguments for and against a controversial statement and decide for themselves. This is why we posted all perspectives on the NYT fire extinguisher story, the Wuhan Lab theory, the claim that Trump told people to drink bleach, and more. We provide all sides and let you decide for yourself.

AllSides Lets You Decide For Yourself

Democracy — and freedom itself — can be messy. In a free society, it is dangerous for news organizations to position themselves as absolute authority in the name of simplifying the world for readers, or in an overestimation of their own knowledge and wisdom. While news readers (perhaps understandably) want an easy way to tell what is true and false, they mistakenly think that will mean relying on some trusted authority to tell them. But the reality is, any institution is likely to have its own shortcomings and political agenda. Critical thinking will always be required — and that is up to you, not some authority, to achieve.

At AllSides, we don't believe we have all the right answers or the definitive wisdom on all things. We don’t believe we should fool you into thinking that is a role we can fill.

We provide the data, the information, and the breadth of perspectives, then let you decide for yourself.