Did Neera Tanden Criticize Joe Manchin’s Daughter for Raising the Price of EpiPens?

Facts and Fact Checking, Neera Tanden
Save for Later
From The Right 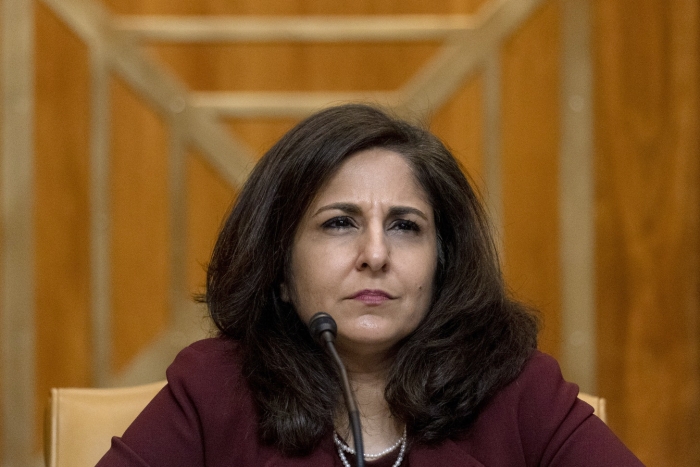 On Friday, Sen. Joe Manchin announced that he would not support President Joe Biden’s nominee to lead the Office of Management and Budget, Neera Tanden, likely preventing her from reaching the necessary votes for approval. As the sole Democrat in the Senate to oppose Tanden, some critics began to suggest that Manchin’s vote might be a response to the fact that Tanden had criticized his daughter, Heather Bresch, for raising the price of the EpiPen while CEO of the company that produces it.

Read full story
Some content from this outlet may be limited or behind a paywall.
Facts and Fact Checking, Neera Tanden

On Sept. 13, 2021, rapper Nicki Minaj told her roughly 23 million Twitter followers that she knew of someone who supposedly got vaccinated against...

A Nobel Prize and a horse dewormer: Explaining the controversy over ivermectin and COVID-19
ANALYSIS

To prevent or treat COVID-19, would you consider using a drug labeled "for oral use in horses only"?  How about one whose creation, for human beings,...

Is Italy Mandating COVID Passes for All Workers?
FACT CHECK

Rules around COVID-19 vaccinations and their implications for people's lives have sparked debate across the globe. Amid these discussions, a purported...

Have ‘1 in 9 Vaccinated Adolescents Suffered a Severe Adverse Reaction’ From the Pfizer Vaccine?
FACT CHECK

A viral Facebook post from Physicians for Informed Consent, self-described as a “nonprofit organization focused on science and statistics...

COVID-19: The Unvaccinated Pose a Risk to the Vaccinated
FACT CHECK

A viral Facebook post claims that “A fetus at 6 weeks has no more brain than a grain of rice.” The post references the Texas heartbeat abortion law, which...

We recently published a new climate change report in the peer-reviewed scientific journal Research in Astronomy and Astrophysics (RAA). The nearly...