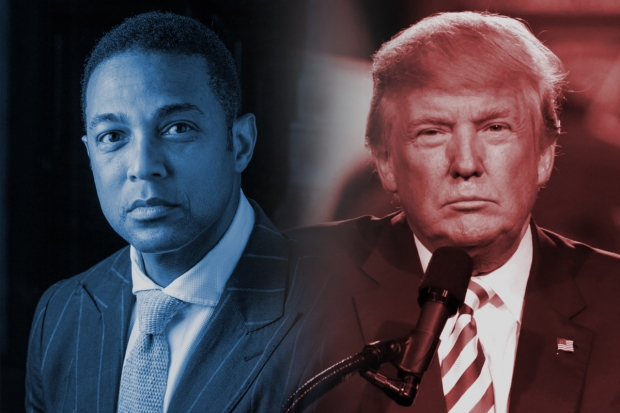 A View from the Left

Editor's Note: This piece is from a writer rated Lean Left. Get all sides of this topic by reading another view: No, It's Not Okay to Make Lists of Political Dissidents

With Joe Biden’s widely-accepted projected victory in the 2020 presidential election, many on the left are reconsidering how they relate to supporters of President Donald Trump. Some in government and media are considering “cancelling” Trump officials who “helped Trump attack American values.” Others are considering taking steps in their personal lives to cut out Trump supporters. Meanwhile, some on the right have warned of “cancel culture” and “Soviet levels of dissident purging.”

While the mission of AllSides emphasizes understanding across divides and generally stands at odds with such behavior, it’s worth examining the reasons why some on the left are taking this approach.

Lol at the “party of personal responsibility” being upset at the idea of being responsible for their behavior over last four years— Alexandria Ocasio-Cortez (@AOC) November 6, 2020

A few days before Election Day, CNN host Don Lemon delivered remarks that some on the right and center took to be controversial. In short, Lemon said that he had cut off Trump-supporting friends over their attitudes toward the COVID-19 pandemic. His words offer key insights into the left’s current position regarding Trump supporters:

“You know what the sad thing is? And I’ll be honest with you. I have many people who I love in my life. And yeah, I come from a red state. I've lived in several red states. There are a lot of friends I had to get rid of because they are so nonsensical when it comes to [COVID-19]. They have every single talking point that they hear on state TV and that they hear from this president. They repeat it and they are blinded by it…I had to get rid of them, because they are too far gone.

So you know what? It’s so sad, and I don’t know if after this I will ever be able to go back and be friends with those people because at a certain point you just say they’re too far gone, and I gotta let them go, and if they’re willing to come back, and if they’re willing to live in reality, then I’ll welcome them with open arms. But I can’t do it. I can’t do it anymore.”

Many on the right took Lemon’s comments to mean he had shunned people for their right-leaning and pro-Trump political preferences. However, Don Lemon’s issue was not with political preferences, but with dangerous behaviors and an inability to be persuaded by science. It wasn’t that his friends had right-leaning opinions, but rather that his friends were a danger to themselves and to others because they blindly adhered to the coronavirus narrative supported by Trump and some on the right.

It isn’t hard to find examples of what Don Lemon is talking about. A recent Pew Research Group study found that Republicans cite masks as a downside of the pandemic nine percentage points more often than Democrats. Pew also found that some Republicans believed several false ideas about the virus, like that it “killed less than 10,000 people” (it has killed over 230,000 in the U.S. alone) and that masks are “completely useless” (multiple studies have confirmed that widespread mask use limits the spread of the virus). One respondent even said that “I really do think this outbreak is not a big deal.”

Don Lemon has a valid case for blaming President Trump and some of the political right for these false narratives. The same day, Donald Trump Jr. falsely claimed on Fox News that COVID-19 deaths were “almost nothing”; in fact, over 1000 Americans were dying of the disease each day, significantly more than “almost nothing.” President Trump himself openly criticizes his administration's public health officials. This narrative also extends to right-rated news outlets, which often prominently feature coverage that casts lockdown measures and mask mandates in an unfavorable light.

The pandemic is real and it has real consequences. People are dying, in many cases because of Trump’s approach to the pandemic; those who don’t die still risk spreading the virus to others who may be at higher risk. Don Lemon is well within his rights to take this issue seriously in his personal relationships.

Following Biden’s projected victory on November 7, Lemon took a more combative stance on the state of politics during the Trump presidency:

“And I’m just talking about the last eight months. I’m not talking about all the stuff that we dealt with before, the fake news and people yelling at us in the street and people calling me n***** and f** and all kinds of things and you’re fake news and all of that. Never before that—I’ve been in this business since 1991—have I ever had to deal with the crap that I’ve had to deal with over the last four years. It is disgusting.”

Much of Lemon’s meaning can be derived from his verbal delivery:

These comments focus on civility, a well-documented casualty of the Trump era. His words help explain a key factor in the left’s current attitude towards Trump supporters: to the left, Trump’s behavior isn’t just disagreeable by normal standards, it’s abnormally offensive, dangerous and wrong. In other words, Trump’s policies and behaviors fall outside the left's perceived Overton window, “the range of policies politically acceptable to the mainstream population at a given time.”

It should be noted, however, that Trump himself is not the left’s only reason for its righteous anger towards the right. As Vox co-founder Ezra Klein writes: “The most alarming aspect of the past week is not Trump. He is doing exactly what he has always done. It’s the way Republican elites have consolidated around him. Without them, Trump is just a ranting loser. With them, he’s a threat to the country.”

Trump wouldn’t be as big of a problem for the left without the help of right-wing officials, news organizations and voters. Thus, some on the left feel that the pro-Trump right, particularly Trump administration officials, should be held partially accountable for the consequences of the Trump presidency.

Additionally, it’s not like the right didn’t know what it was getting into; the point of Trump’s 2016 campaign rhetoric was often to be unacceptable to the left. For instance, Trump connected undocumented immigrants to “rapists” in his announcement speech and routinely called for his political opponent’s imprisonment. Trump extended this approach into his presidency; as The Atlantic’s Adem Serwer wrote of Trump in 2018, “the cruelty is the point.” One recent National Review article even described Trump’s potential reelection as a “gigantic rude gesture to the cultural left.” This insult was not victimless; it ended up deliberately separating over 2,600 children from their parents. Thus, many on the left now feel justified in withholding empathy from Trump supporters following Joe Biden’s projected win. It’s the political equivalent of “You've made your bed, now lie in it.”

Getting Along With the Other Side Is a Recommendation, Not a Requirement

Much of Don Lemon’s intent in his “let them go” comments can be inferred from his verbal delivery:

CNN’s Don Lemon says he had to get rid of a lot of friends of his that are Trump supporters:

"I just had to get rid of a lot of people in my life because sometimes you have to let them go. I think they have to hit rock bottom like an addict.”pic.twitter.com/OTou3b54s4— Daily Caller (@DailyCaller) October 30, 2020

Lemon’s tone communicates volumes. The exhaustion and defeat in Lemon’s voice is an apt portrayal of the struggles many on the left have had maintaining friendships with Republicans in the Trump era. It magnifies the impact of his words: “I try and I try and I try...But I can’t do it. I can’t do it anymore.”

Maintaining close relationships with people who persist in morally objectionable actions can take a heavy mental toll on anyone. There’s a reason people all over the country have ended friendships over today’s morality-driven politics: maintaining those friendships is exhausting. Friendship shouldn’t make you feel bad. It is important to acknowledge that, while making friendships across the aisle is strongly encouraged, no one is obligated to maintain such a broken relationship.

Don Lemon tried to maintain friendships outside his filter bubble, something we at AllSides applaud. Many on both sides have tried, and still do. But for some on the left, it just doesn’t work anymore. In the era of alternative facts and conspiracy theories, people need a line between civil disagreement and unacceptable wrongdoing. For Lemon, some of his friends crossed that line.

Perhaps Lemon’s broken friendships might begin to heal as we all work to fix our political culture and cultivate a more reliable news media environment. Respectful conversation in spite of our differences should be what we all strive for in the end. For now, however, we can accept that it will take some time before these rifts are healed.

This piece was written by Daily News Specialist Joseph Ratliff. He has a Lean Left bias.

Image by Gage Skidmore and Fuzheado from Wikimedia Commons.