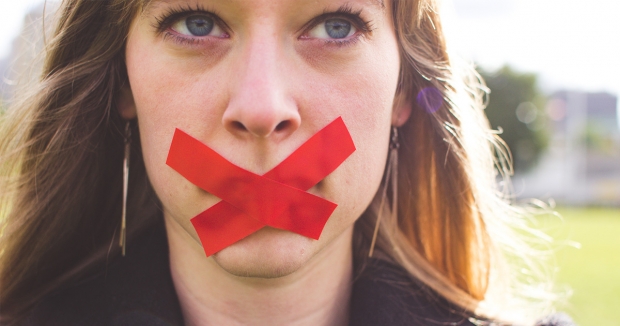 A View from the Right

Editor's Note: This viewpoint is from a writer rated Lean Right. Get all sides of this topic by reading a left-wing view: Why Many On the Left Are Cutting Off Trump Supporters

As many media outlets have declared Joe Biden the projected winner of the 2020 U.S. election, some high-profile individuals, such as politicians and journalists, have begun making lists of Trump supporters, or endorsing the making of lists — with the goal of ensuring his supporters are "held accountable," i.e., no longer accepted for jobs or welcome in polite society.

Jennifer Rubin, Washington Post opinion writer, tweeted, "Any R[epublican] now promoting rejection of an election or calling to not to follow the will of voters or making baseless allegations of fraud should never serve in office, join a corporate board, find a faculty position or be accepted into "polite" society. We have a list."

Evan McMullin, Executive Director of Stand Up Republic, seemed to agree, tweeting: "We should keep and publish a list of everyone who assists Trump’s frivolous and dangerous attacks on the election. Name and shame forever."

Alexandria Ocasio-Cortez (D-NY) did too, writing, "Is anyone archiving these Trump sycophants for when they try to downplay or deny their complicity in the future? I foresee decent probability of many deleted Tweets, writings, photos in the future."

Michael Simon apparently replied to AOC saying yes, they are indeed compiling a list, and pointed to the website TrumpAccountability.Net. Lawyer Leslie Gordon claims to have taken screenshots of the Trump Accountability List before it was deleted, and it included the names of donors and U.S. judges who would seemingly be targeted. Targeted in what way? We can’t say, but the tweets above give some hints.

In a climate where 68% of Americans reported that they are scared to voice their political views, perhaps we shouldn’t be surprised by the making of lists of dissidents. Cancel culture has been in motion for years now — we’ve seen numerous people get fired, or their careers, livelihoods, and reputations ruined over their statements or beliefs. These people more often than not didn’t commit any crime except disagreeing with or offending a powerful group. Our culture of "accountability" leaves little room for forgiveness, redemption, or even discussion about whether or not the perceived wrongdoing was actually wrong.

If we look at history, we can see how the instinct to marginalize people we disagree with can go to very dark places, and tip toward tyranny.

In Hugo Chavez’s Venezuela, electoral authorities published a list of more than 2.4 million Venezuelans who had signed a petition to recall Chavez after seeing the impact of his economic policies. It was called Tascon’s List, named after a ruling party lawmaker who was instrumental in making it public, and it was used to deny people "government jobs, benefits and even documents for the opposition's rank and file," according to Bloomberg.

Or consider a more extreme case, The Great Purge in Soviet Russia, in which nearly 750,000 people were killed after Joseph Stalin sought to eliminate anyone who dissented against the Communist Party and anyone he considered a threat. More than 1 million other people were sent to forced labor camps, known as Gulags.

Or take the Holodomor, in which Soviet Ukraine systemically starved millions of Ukrainians who disagreed with the ruling group. The atrocities committed against Ukrainians are too disturbing and numerous to even recount here.

In many countries even today, you can be jailed or tortured for disagreeing with the ruling group — look at modern day Hong Kong, where voicing political opinions can now get you arrested, or again, Venezuela, where forced disappearances and torture are used to muzzle opponents.

Civil Societies Don't Persecute The Other Side

It should go without saying that publicly listing those who disagree with you is not exactly the hallmark of a civil society. Our desire to "hold people accountable" can absolutely go too far, into a sinister realm of intimidation and persecution. A civil society holds people accountable for actual crimes they commit — not their thoughts, speech or political beliefs.

The problem is that people are increasingly rationalizing targeting those they disagree with. This is largely because our Overton Window is rapidly shifting to the far left, so views, policy proposals and governance that falls outside of that narrow window are seen as deserving of repression. Many fervently believe that the people who oppose them are on the side of evil, and they are on the side of good. This is the danger of not understanding the other side.

Examining the other side’s views requires honestly examining our own, and admitting when we ourselves may be wrong. Most would rather not do this. The other side — those they seek to "hold accountable" via extreme measures — might actually have some valid points, or a more complex worldview than is being presented by one-sided media outlets. But instead of conducting an honest inquiry into the other side, some in our modern society shun them, "name and shame" them, fire them, or put them on lists for targeting when their party gets into power.

Good and evil certainly exist, but people often misidentify them. Evil is often conducted in the name of good. This is the danger of one-sided media narratives that erode nuance. When we only hear that the other side is abjectly evil — They’re telling people to drink bleach! They favor neo-Nazis! — we can be duped into thinking it’s okay to "hold them accountable", even if their views have been horribly misunderstood and misrepresented.

When you don’t understand the other side, you run the risk of attacking a distortion — an image of the other side as evil and irredeemable, something that must be squashed, instead of as human beings who simply have different philosophies, core values and points of view. Over 71 million Americans voted for Trump, but it takes a discerning mind and critical thought to parse through distorted media narratives and understand that these voters are often being presented as caricatures that don’t realistically capture who they are. Instead of thinking, "These voters are evil, we must add them to lists and shun them!" perhaps we should think, "Why would someone vote for him? What do they see? What am I missing?"

We are tribal creatures, and the desire to crush the other side when we deem it a threat to ourselves is part of the human instinct to protect our own group. But we’re also conscious creatures, meaning we have a responsibility to transcend our base emotions and instincts in the interest of higher ideals, like civility. Those who value free speech and understanding the other side (which is likely you, if you’re reading AllSides) should be troubled by calls for lists of dissidents.

Biologist Bret Weinstein put it well when he replied to AOC, saying: "You are an elected representative in a democratic republic and you are setting the stage for retribution against fellow citizens for the crime of holding a different opinion. It's un-American, you should stop it and council [sic] others to do the same."

Indeed. American institutions were built on a foundation of free speech, and thus, free thought and belief. If Americans seek to redevelop a civil society, making lists of political opponents should be roundly condemned. It leads to nowhere good.