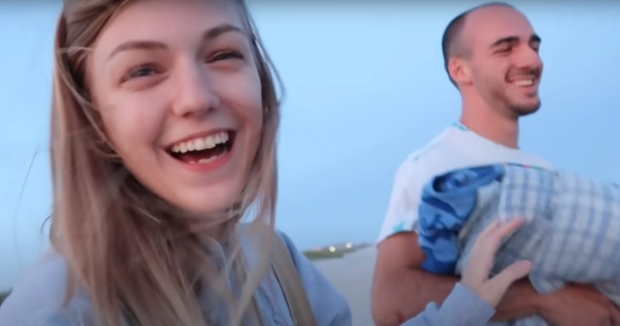 For much of the past week, the disappearance of 22-year old Gabby Petito has been one of the most-covered stories in America and beyond. Why?

Petito went missing in August during a cross-country road trip with her boyfriend, 23-year old Brian Laundrie. The two documented their journey on social media, depicting a happy young couple adventuring the country together. Then, Laundrie returned home without Petito on Sept. 1 and wouldn’t speak with authorities; he’s since gone missing. Meanwhile, an FBI search team in Teton County, Wyoming found remains “consistent with” Petito’s description Sunday, and a Tuesday autopsy confirmed them as hers, and ruled her death a homicide.

Petito’s case has been covered with similar prominence by major media outlets across the spectrum — a rare occurrence. Meanwhile, stories with arguably much more relevance to the general population are getting less play. But would people even click on them anyway?

There’s lots of research that suggests negative or fear-based stories get more news coverage. In the absence of a better explanation, we can assume the reason why is simple: those stories get clicks, and those clicks make a publisher money.

When a news outlet gives stories like Petito’s priority over more far-reaching matters such as public health, the economy or civil rights, that outlet’s pivot toward business interests/clicks and away from journalistic ones is made apparent. Petito’s story is tragic and rightfully important to her family, friends, and local community. But is it more pertinent to the average reader than subjects like COVID-19 guidelines or consumer inflation?

The focus on this story by national outlets is especially notable from CNN (Left bias), BBC (Center bias) and Fox News (Right bias) because of their massive online reach. All three homepages featured multiple prominent stories about Petito on Monday afternoon. 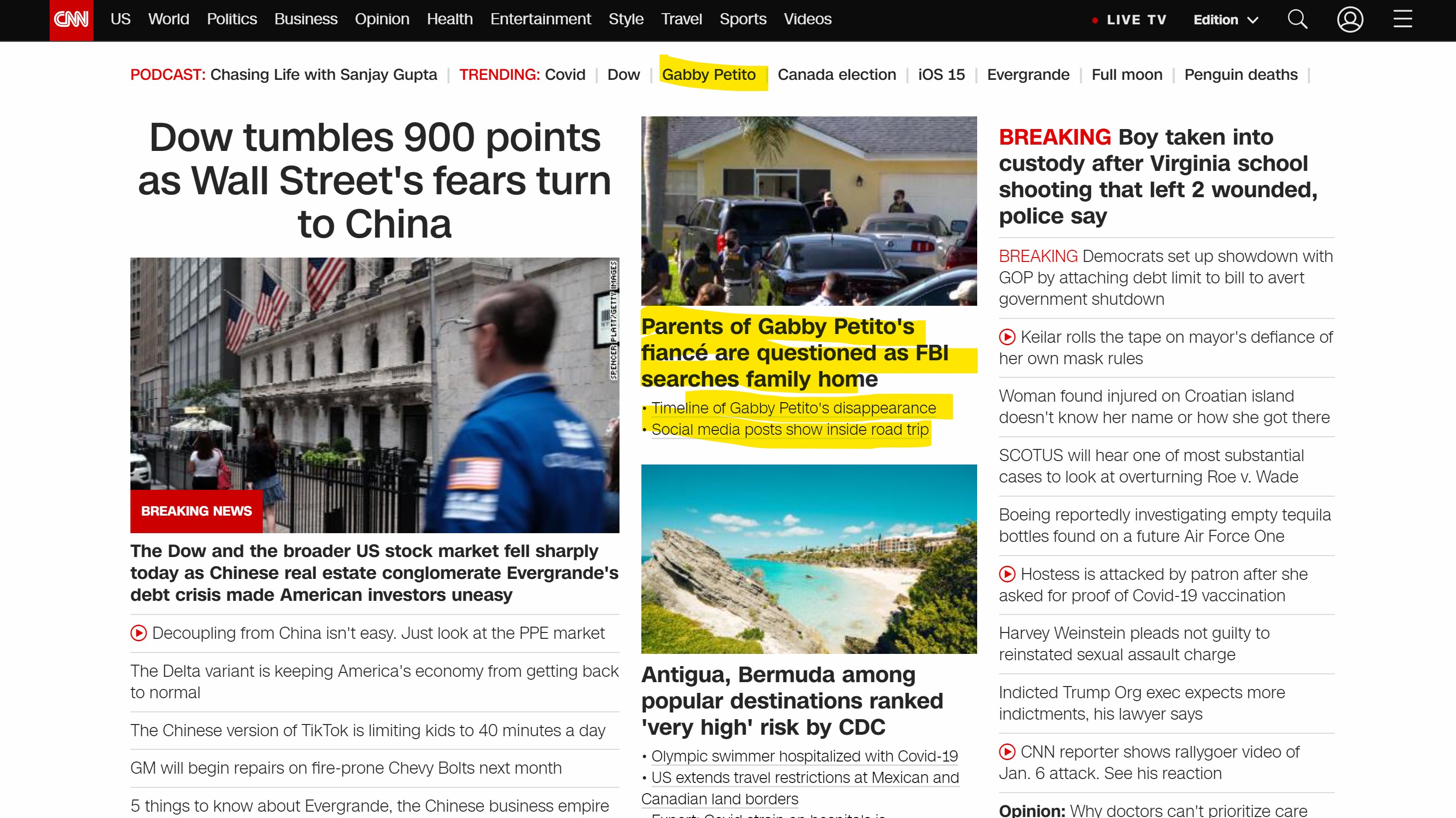 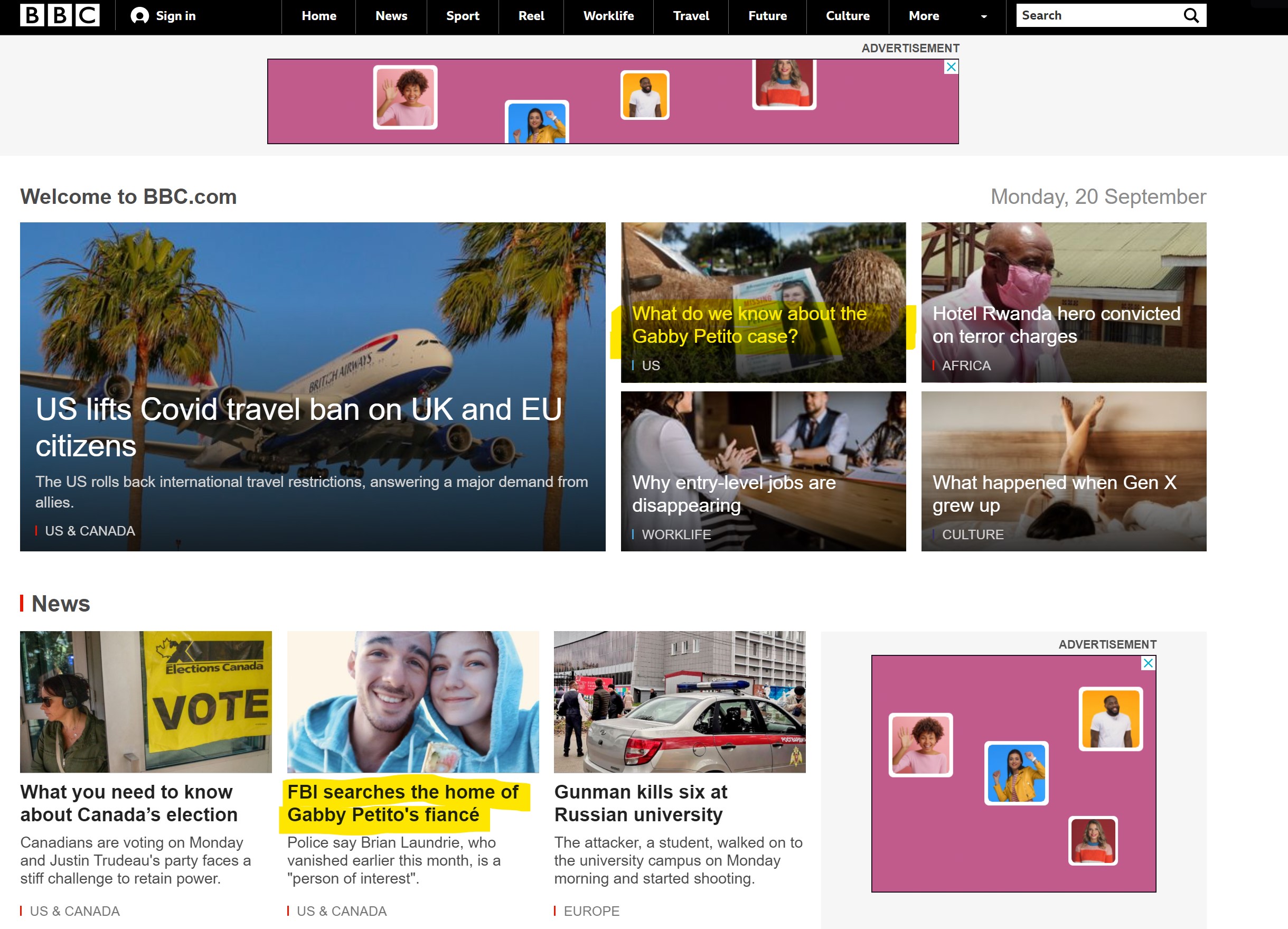 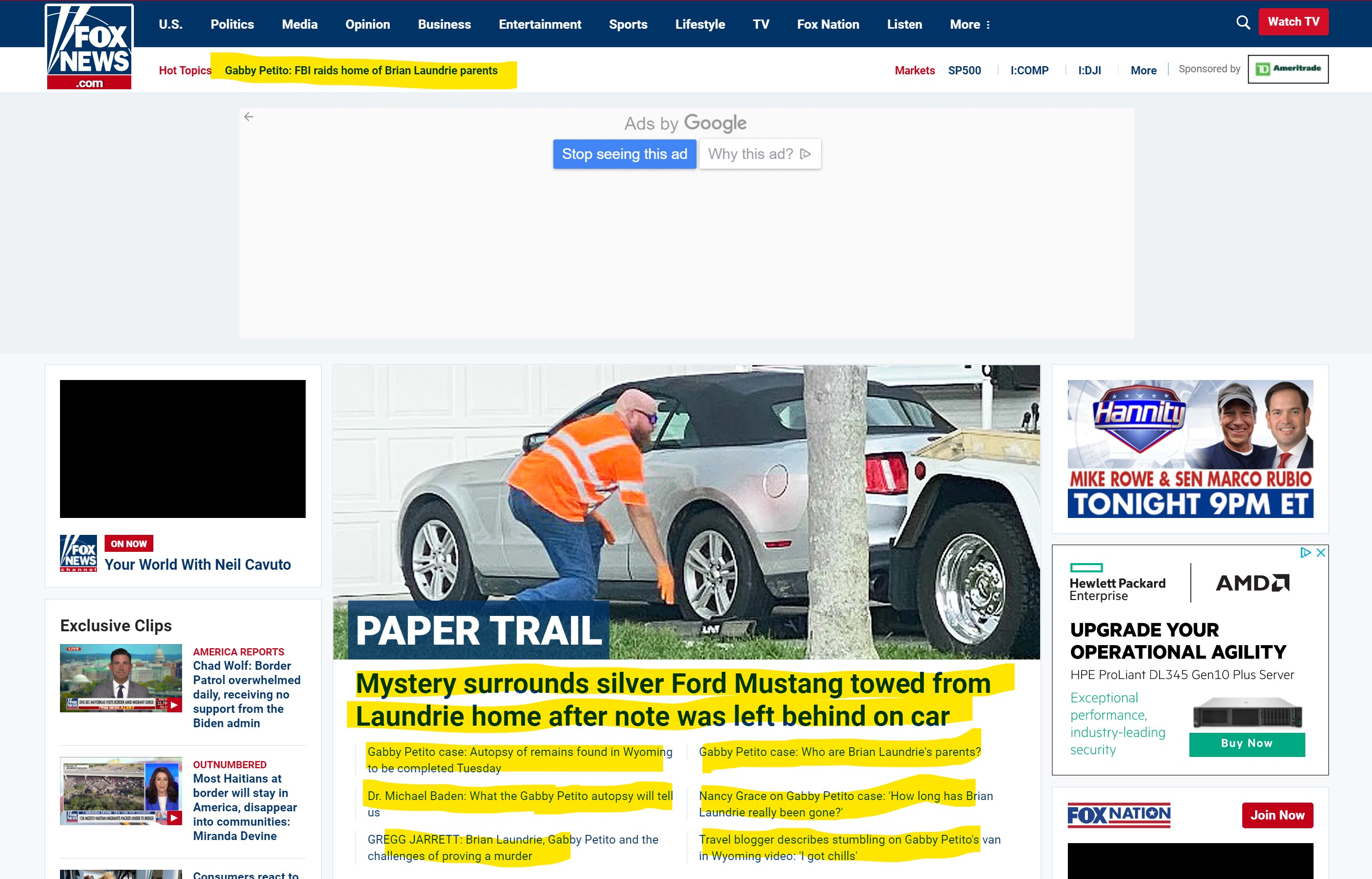 The newsrooms at CNN, BBC and Fox News did not immediately respond to a request for comment.

Is following Petito’s going to make much of a difference in the lives of most of these websites’ readers? Probably not. COVID-19 and the state of the global economy provide at least a dozen other ongoing storylines that are arguably much more applicable to a wider audience than Petito.

But are they more sensational and clickable? No. So they lose out.

The media’s hyperfocus on Petito’s story is notable because it’s taken precedence over more widely-relevant topics. But what about other mysterious cases of missing young people?

A 24-year old geologist named Daniel Robinson went missing during a solo trip in Nevada in June, and his family is still looking for him. Four people have gone missing in small Oconee County, South Carolina since 2019. More than 700 Indigenous people have gone missing in Wyoming in the past decade. And according to the U.S. Census Bureau, more than 30% of all missing persons in 2018 were black, despite making up only 13% of the U.S. population.

There are other equally or arguably more interesting, impactful stories to be told about missing people in the U.S. that we never hear about. The intense national focus on Petitio and lack of attention to others raises questions about stereotypes, echo chambers and a lack of access for journalists.

More than half of U.S. news consumers get at least some of their news from social media. Social media platforms are used more as a main news source than newspapers are. So when one story picks up the online steam that Petito’s did, it can quickly become the talk of the nation.

Social media traffic helped drive media attention to Petito’s story. As the New York Times (Lean Left) writes, “Each new development has been followed by flurries of explainer posts and videos from would-be detectives on TikTok, Instagram and Twitter, who have seen their follower counts balloon.” This trend, like many others that catch fire on social media, was quickly replicated by major news sources.

It’s hard to say where it begins, but media coverage and audience activity feed off of each other in this case. A story like Petito’s starts getting shared on social media and clicked more, so news outlets start covering it more, then even more people click and share it, and then even more sources cover it, and so on.

Some are accusing social media sleuths of turning a serious, ongoing crime case into entertainment. But though there are gripes with the role of these internet detectives, it may have actually helped. People are crediting a pair of vloggers with spotting Petito’s van while editing GoPro footage from a roadtrip of their own. A few hours after the vloggers posted on Instagram about seeing the van and where it was, the FBI found human remains nearby.

The true crime genre has always been popular, but has exploded in the internet age. And with Petito’s case, people didn’t have to wait until next week’s episode or next year’s big novel. They could follow along in real time, lending to a feeling that they are personally involved.

Just as research suggests that media achieve financial goals by covering stories of doom and gloom, it also suggests that audiences love reading about those subjects. So as true crime’s popularity has skyrocketed, many have questioned why and what the effects are.

True crime stories, like any quality story, are suspenseful and emotional. And just as thrilling rollercoasters or tearjerking movies can help people safely experience difficult emotions, so can tales of crime and murder.

There’s nothing inherently wrong with true crime consumption. People often allow work and stress to devour them, and making time for a release through entertainment is a must. It’s notable, though, that one story about a missing young woman, which would typically be a more local news story, can generate as much national attention and social media momentum as subjects with far more pertinence to the average person.

Petito’s disappearance and death is horrible, and her family deserves peace. But like any other tragedy that becomes national news, peace is probably out of the question for now. A perfect storm of social media and national news attention have elevated the profile of Petito’s tragic  death.

It needs to be mentioned that not all major news sources highlighted Petito’s story. While CNN, BBC and Fox’s homepages had multiple articles on Petito Monday, those of the New York Times (Lean Left) and Washington Examiner (Lean Right) featured none. 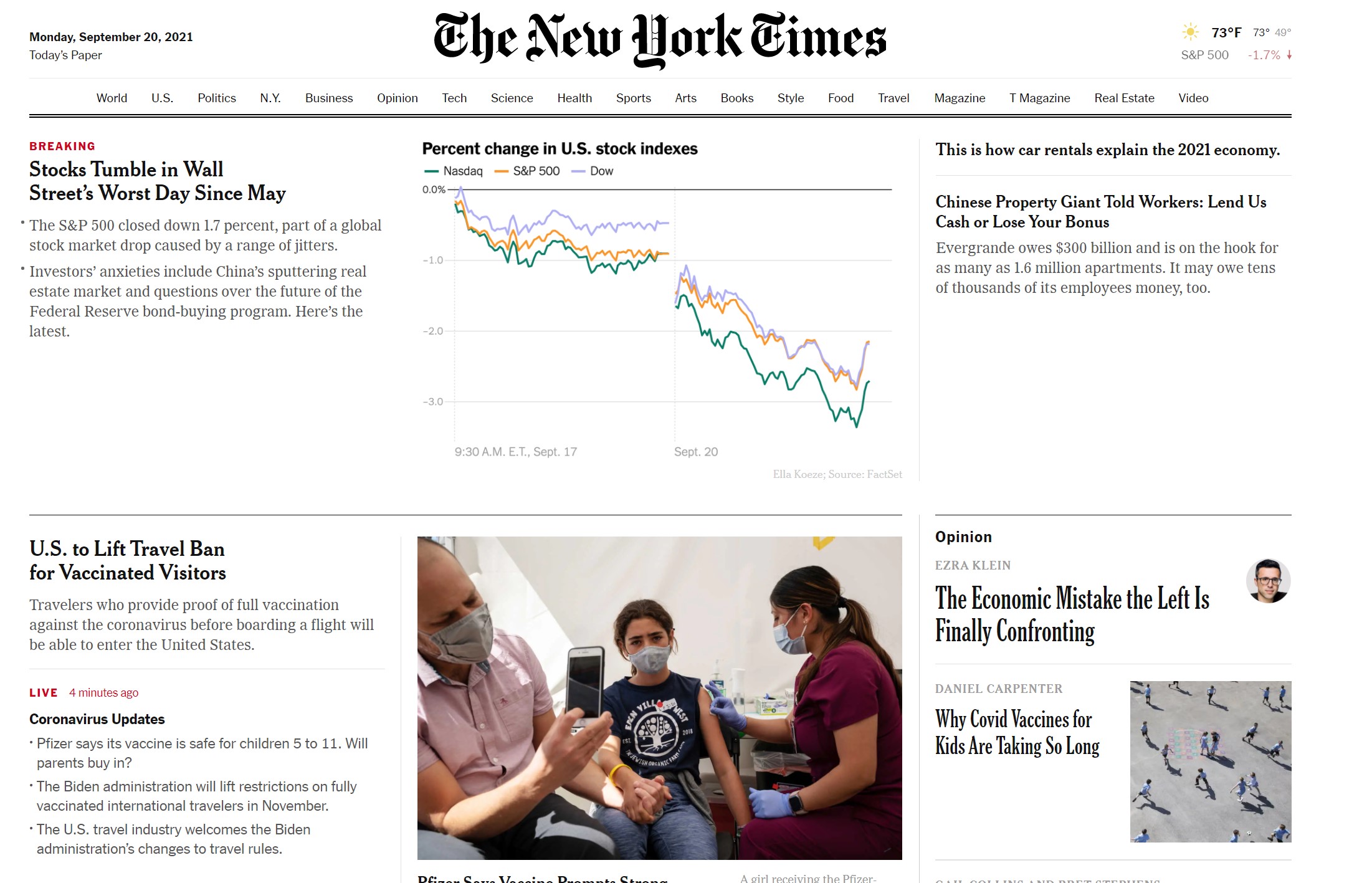 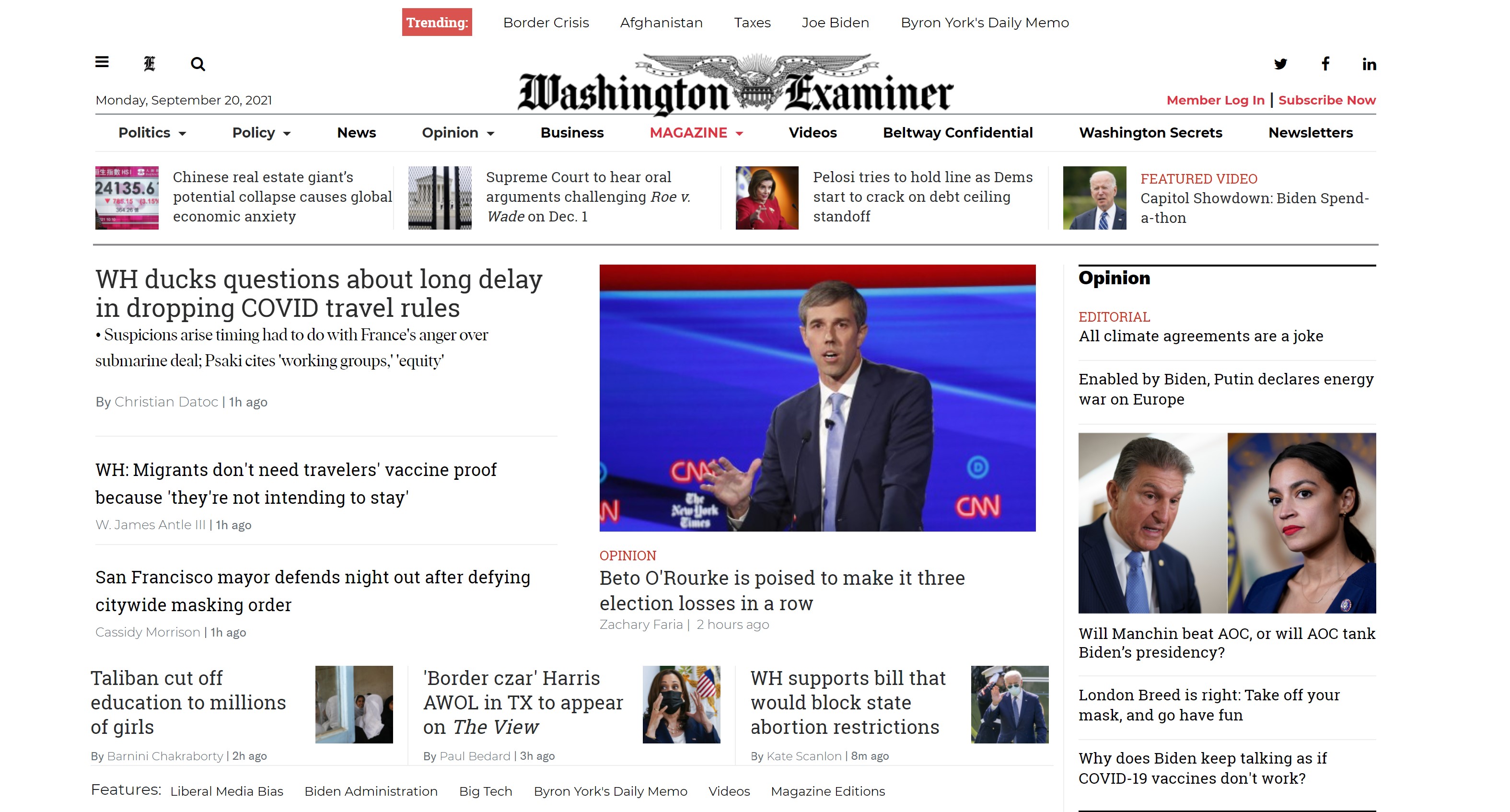 When a story seems to take over the entire internet, it’s good to try to understand why instead of just following along. Check our balanced newsfeed to see if we’ve covered it, and email us if you think there’s something we missed.