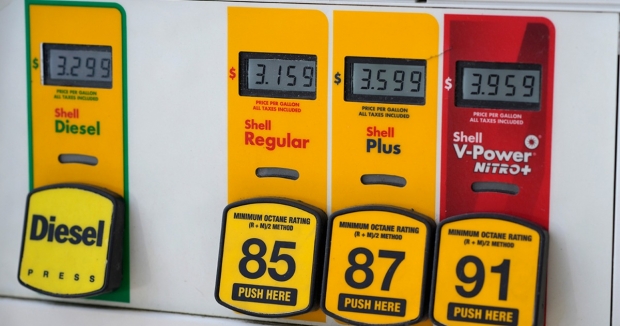 In response to rising gas prices, the Biden administration will issue an emergency waiver from the Clean Air Act to allow the sale of gasoline that is 15% ethanol from June 1 to Sept. 15. The sale of higher-ethanol fuel is typically banned in the summer due to environmental concerns.

Right-rated news sources often frame Biden as worthy of blame for inflation due to his government spending plans, and accuse him of opposing domestic oil production that might help lower gas prices. Left-rated news sources more often highlight global supply chain disruptions, the Russia-Ukraine conflict and the COVID-19 pandemic as drivers of high consumer costs in the U.S., as well as around the world. Voices across the spectrum agree that inflation will be a key issue for Democrats in the 2022 midterm elections.

Meanwhile in the Russia-Ukraine conflict, fighting begins to move east as the U.S. plans to send Ukraine another $800 million worth of weapons and aid. Follow along with our daily updates on the conflict, and read more balanced coverage from this week:

Amazon is adding a 5% fuel and inflation surcharge

"The fee hike is the latest example of how businesses are reacting to spiking energy and other costs. Uber and Lyft recently began tacking on temporary fuel surcharges to rides and airlines have been raising airfare. Amazon's fee hikes on sellers could translate to higher costs to consumers as businesses seek to pass along rising expenses to their customers."

"Powell and other Fed officials hope their plan can balance out the job market and help address a worker shortage that’s become a fraught feature of the recovery. Americans continued to switch jobs at near-record rates in February, with 4.4 million workers leaving their positions, according to recent Bureau of Labor Statistics data. Powell often cites the fact that there are about 1.7 job openings for each person looking for work."

Five parts of the economy where you can see inflation

"Energy prices increased by 11 percent last month, with gasoline prices seeing a sharp 18.3 percent increase in March, after seeing a 6.6 percent increase the month before — a jump economists have also credited largely to Russia’s invasion of Ukraine and sanctions imposed on Moscow."

Why inflation may have already peaked

"The headline inflation figure, which spiked by 1.2% in March alone, has been driven overwhelmingly by energy prices. Core inflation, which excludes food and energy, was relatively subdued, rising only 0.3%. Good news is likely in the coming April inflation report: The price of oil has fallen to $94 a barrel, down from a peak of $124 on March 8."

"The Biden administration has blamed almost everything and everyone *but* the team in the West Wing. Now, the White House's attempts to avoid responsibility for the consequences of its policies have gotten too much even for Senate Democrat Joe Manchin or West Virginia. "

Americans Know Who’s Responsible For Their Astronomical Grocery Bills, And It Ain’t Putin

"The Biden White House is in full-blown spin mode, desperately trying to shift the blame for America’s economic disaster off the incoherent buffoon who’s responsible and onto anyone within striking distance. They’ve pretended there was no inflation. Then they insisted it was “transitory.” Next came the straight-faced declarations that, actually, inflation is a good thing because it means we’re moving on from Covid."