President Joe Biden announced a new effort to reduce gas prices this week by lifting a summer ban on the sale of higher-ethanol fuel. Will it work?

During a trip to Iowa Tuesday, Biden said the Environmental Protection Agency would issue an emergency waiver from the Clean Air Act to allow the sale of gasoline that is 15% ethanol from June 1 to Sept. 15. The sale of higher-ethanol gasoline is typically banned during the summer over concerns that it increases smog and greenhouse gas emissions. The administration says that the change will lower gas prices by about 10 cents per gallon at the 2,300 gas stations equipped to pump it. The move comes as inflation continues to rise at the fastest pace in decades, primarily driven by high energy prices.

Pushback to the plan has come from across the political spectrum. Some left- and center-rated reports highlighted environmental activists who criticized the move as short-sighted and raised concerns about the potential climate effects from the use of high-ethanol gas. Some right-rated reports focused on voices who argued that the move wouldn't bring consumers much relief, since the high-ethanol gas will only be sold at 2,300 of the country’s 150,000 gas stations. Voices across the spectrum agree that high inflation and gas prices could spell trouble for Democrats in the 2022 midterm elections. 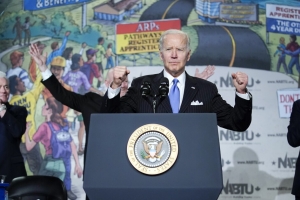 President Joe Biden unveiled a new effort this week to lower gas prices by increasing reliance on ethanol until the fall, touting it as a way to fight inflation despite indications that the move will have a minimal impact on most people.

“I’m doing everything within my power by executive orders to bring down prices and address the Putin price hikes,” Biden said Tuesday at an event in Iowa, continuing to blame prices that began rising months ago on Russia’s recent invasion of Ukraine.

Biden’s new measure would temporarily remove limits this year on when...

Read full story
Some content from this outlet may be limited or behind a paywall.
See full media bias rating for Washington Examiner
From the Left
340
Energy
'Short-term thinking': Environmentalists push back on Biden's ethanol expansion
NBC News (Online) 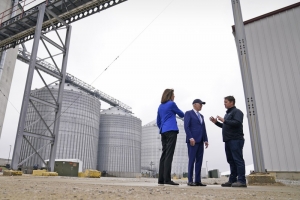 President Joe Biden's plan to reduce the price of gas by allowing the sale of higher-ethanol fuel this summer may make corn farmers and their elected representatives happy. But the move also has irked environmentalists who see ethanol as a climate-change villain.

Biden made his announcement Tuesday during a trip to Iowa, where corn — and ethanol — are crucial to the state economy. He said the Environmental Protection Agency would issue an emergency waiver from the Clean Air Act that will permit the sale of gasoline that is 15 percent ethanol,... 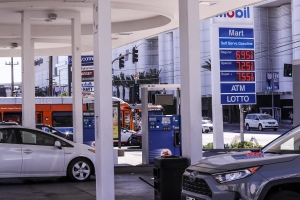 It's one of the main drivers of U.S. inflation reaching a 40-year high, and among the factors most likely to hurt Democrats’ electoral chances in the November midterms.

It’s high gasoline prices, and President Joe Biden is starting to get creative in trying to lower them.

U.S. gas prices currently average $4.27 per gallon, a sharp decline after a mid-March high that caused drivers to put in fewer miles on the road, sending demand for gas plummeting. But the national average is still well over $1 more per gallon relative to a year ago, and the current...