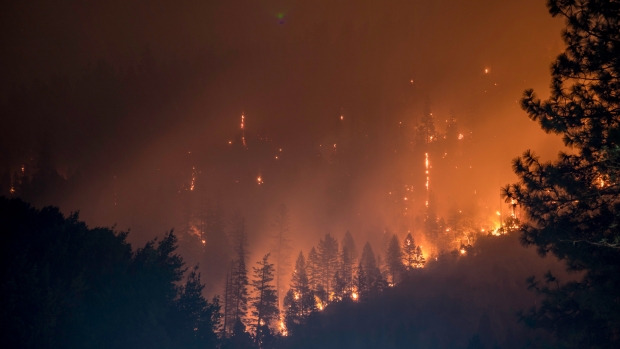 Today in media bias: A meme floating around Facebook claims the New York Times is biased when it comes to its coverage of the recent California wildfires. 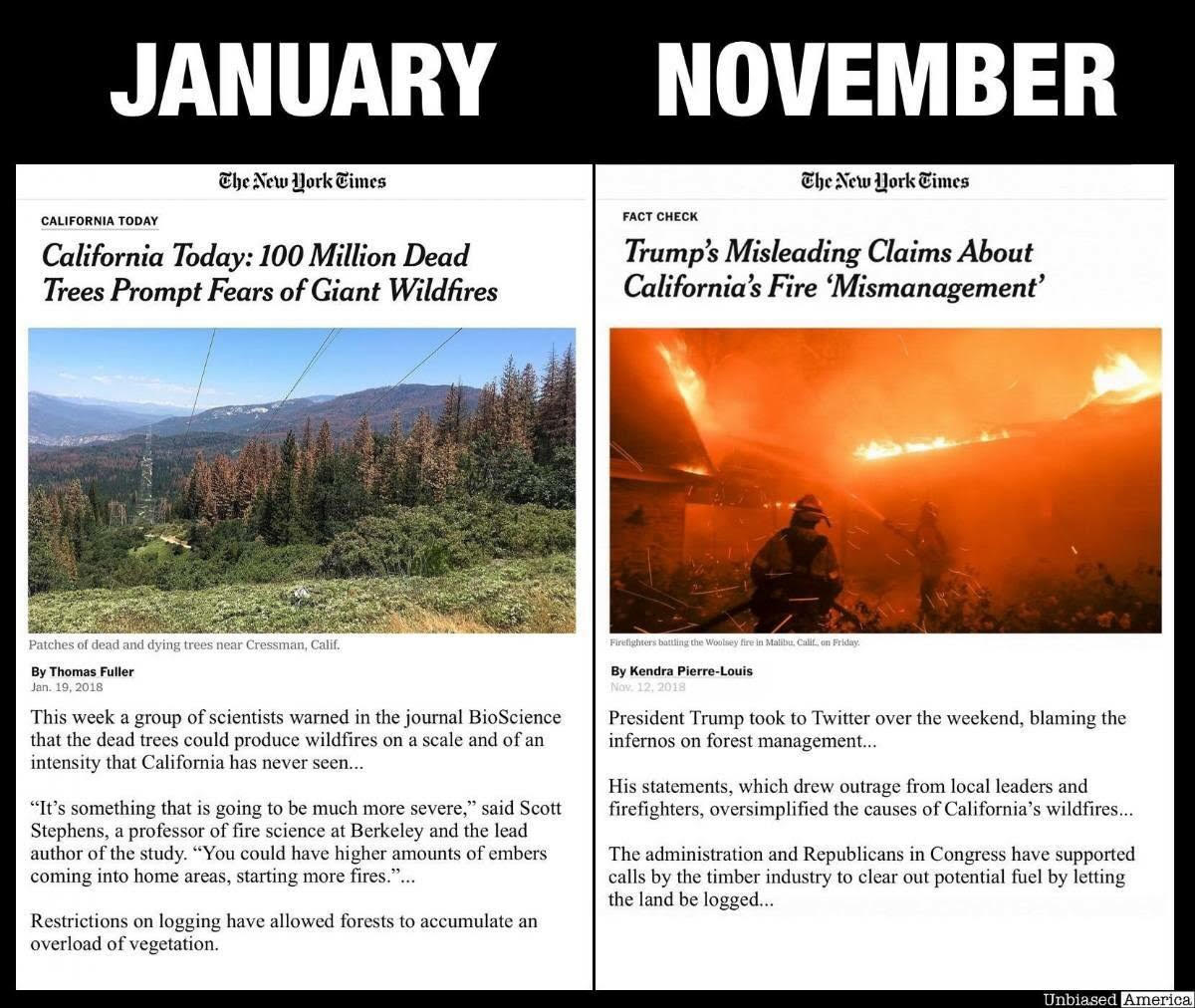 This meme orginated from Unbiased America, a blog for which AllSides has not yet provided a media bias rating. However, a cursory look at their content makes me think the site has a Lean Right media bias, though I say this with low confidence as we have not dug into the source with more robust methodologies. Media Bias/Fact Check rates Unbiased America as Right.

In the January article, the Times wrote, “A group of scientists warned in the journal BioScience that [100 million] dead trees could produce wildfires on a scale and of an intensity that California has never seen,” and that “scientists say they cannot even calculate the damage the dead-tree fires might cause; it exceeds what their current fire behavior modeling can simulate.”

The Times quoted Scott Stephens, a professor of fire science at Berkeley and the lead author of the study, as saying, “It’s something that is going to be much more severe. You could have higher amounts of embers coming into home areas, starting more fires.”

The Times also stated that “the billions of dollars that the state spends aggressively fighting wildfires and restrictions on logging have allowed forests to accumulate an overload of vegetation…That’s a scenario that could nudge the state into rethinking its forest management."

Fast forward to November, when the Times wrote that the "truth is more complicated" than Trump's claims that poor forest management was to blame for the fires.

"President Trump’s statements, which drew outrage from local leaders and firefighters, oversimplified the cause of California’s wildfires," the Times wrote. "Mr. Trump is suggesting that forest management played a role, but California’s current wildfires aren’t forest fires," the Times stated, saying that the Camp and Woolsey fires instead "began in areas known as the wildland-urban interface: places where communities are close to undeveloped areas, making it easier for fire to move from forests or grasslands into neighborhoods."

To me and some others, this seems like a contradiction in reporting. The Times states that the fires moved from forests into neighborhoods, so they aren't forest fires. But taking into account where the fires started does seem like a relevant issue — and one related to proper forest management.

The Times also stated in November that logging wouldn't have helped — contrary to what they claimed in January.

While in January the Times stated, "restrictions on logging have allowed forests to accumulate an overload of vegetation…That’s a scenario that could nudge the state into rethinking its forest management," in November the Times stated, "Logging gets rid of trees, but it does not get rid of the kindling — brush, bushes and twigs. Logging does, however, enable the spread of cheatgrass, a highly combustible weed, which makes a forest more likely to burn."

When analyzing news media bias, it is important to keep in mind that newsrooms are made up of individuals with their own biases who write individual stories. It's notable that these stories were not written by the same journalist, and media outlets often run articles that feature opposing views on the same issue.

However, it's concerning that neither of these pieces ran on the Times' "Opinion" page — meaning the contradiction in reporting may amount to more than a disagreement among individual commentators. It is also notable that the November New York Times story didn't include any mention of its past reporting on comments from people like Stephens. Perhaps a more balanced November story would have included comments from experts who agree with Trump about forest management.

What do you think — is the New York Times biased on this issue? What are some similar examples of conservative media bias? Don't hesitate to contact us with examples.