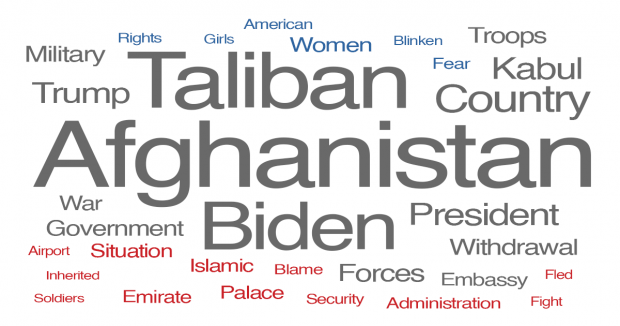 The collapse of the Afghan government and return of the Taliban regime took over news media coverage in the U.S. and worldwide this week.

In their coverage, news outlets often focused on the same keywords: Afghanistan, Taliban and Biden appeared most often. 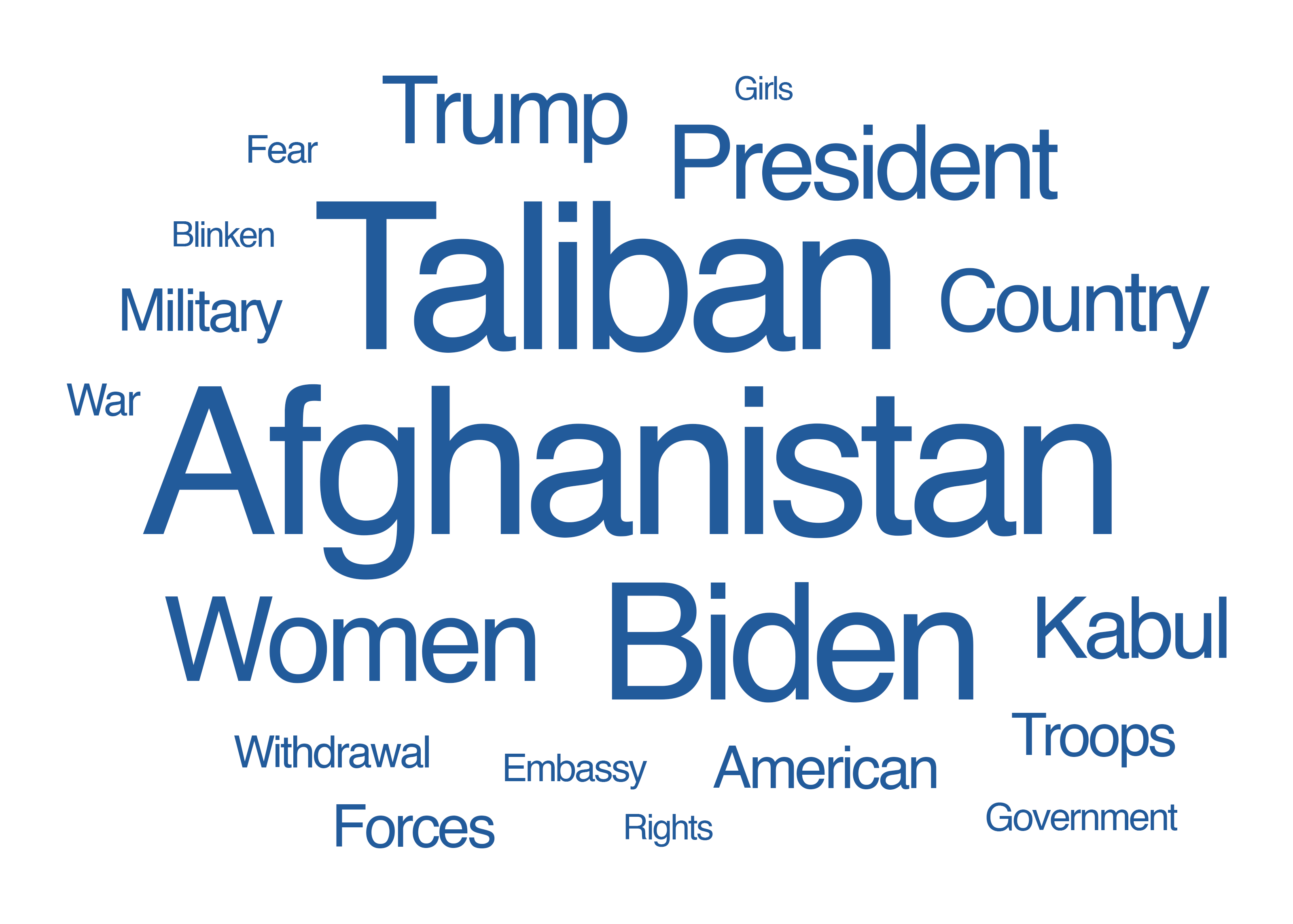 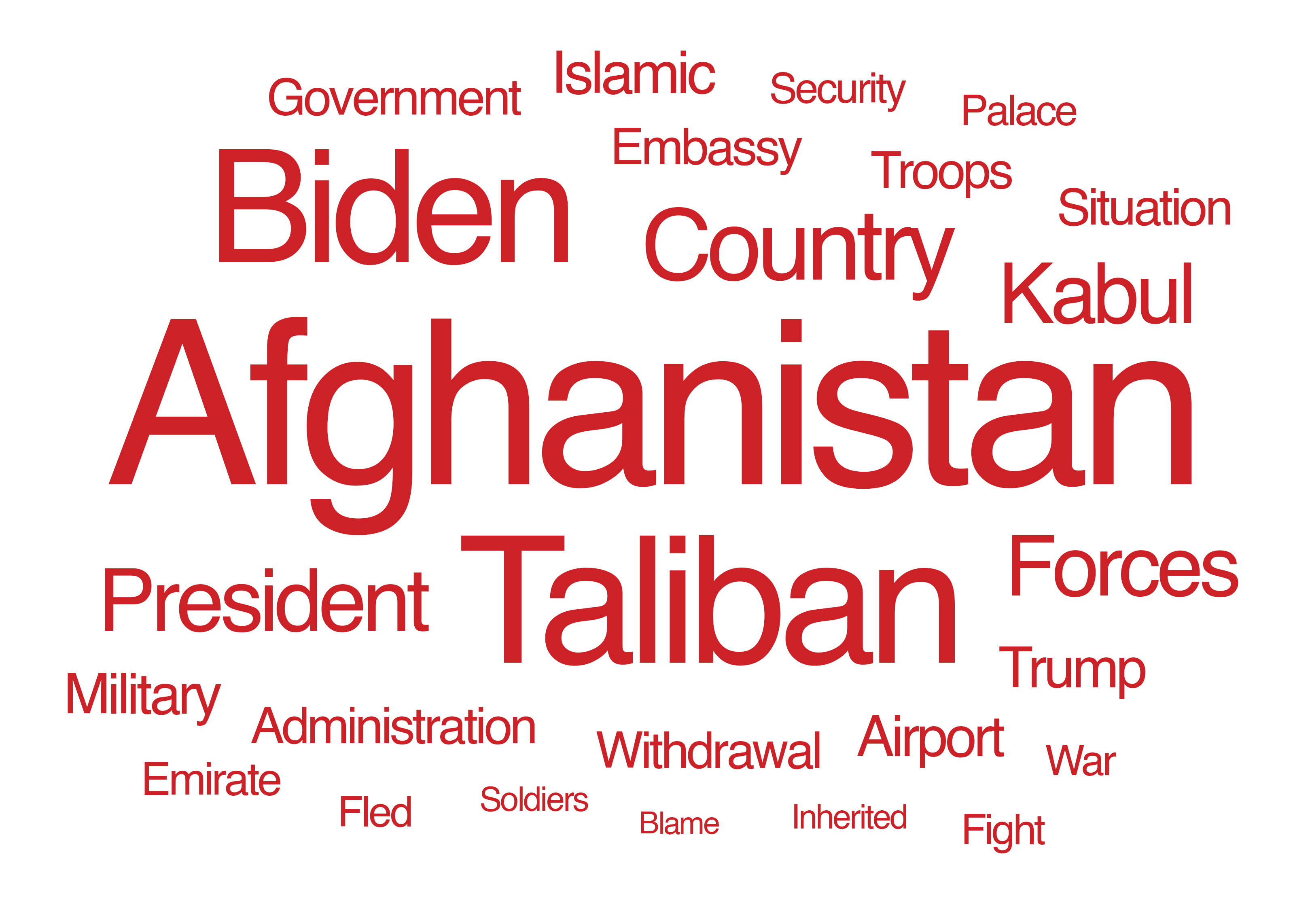 We analyzed 11 stories on the right and 11 stories on the left with the word "Afghanistan", "Afghan", or "Taliban" in the title. Stories analyzed on the Right were published by The Daily Wire, Fox News, Washington Times, New York Post, The Blaze, The Daily Caller, The Epoch Times, Breitbart, and National Review. Stories analyzed on the Left were published by The Guardian, NBC News, Mother Jones, USA Today, The New York Times, Slate, AlterNet, and The Washington Post.

The number of times a word was collectively used among outlets on each side was assigned a value between 0 and 1, with 1 being the most popular word used throughout. The value assigned is associated with the size of the word in the word cloud.


Andrew Weinzierl is AllSides' data journalist. He has a Lean Left bias.

This piece was reviewed by Managing Editor Henry A. Brechter (Center bias) and Director of Marketing Julie Mastrine (Lean Right).