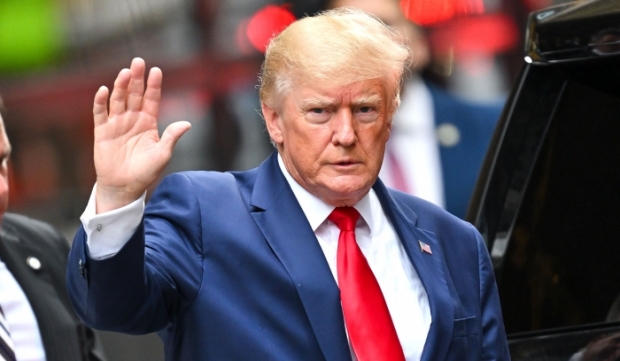 Trump first announced the raid in a statement posted to Twitter by the verified @TrumpWarRoom account, and said his home was "under siege, raided, and being occupied by a large group of FBI agents."

No former president's home has ever been raided by federal agents. News outlets across the political spectrum say authorities were likely looking for potentially classified documents that Trump may have taken from the White House. A lawyer for Trump said that FBI agents seized about a dozen boxes during the raid. An anonymously-sourced Washington Post (Lean Left bias) report says the FBI was looking for documents about nuclear weapons. Trump denied that claim.

Even though the raid's motive isn't confirmed and any incriminating evidence uncovered has yet to be revealed, speculation abounds on whether it was justified and how it might influence politics and Republican voters.

Voices on the right strongly condemned the raid, arguing it represented "third-world tactics" and weaponization of the Justice Department to punish and intimidate political opponents — treatment they view as hypocritical since it hasn't been applied to some Democrats accused of wrongdoing. People on the left were more likely to view the raid as justified and trust that federal authorities were acting on good information. Separately, some voices on the left expressed concern that federal overreach, whether justified or not, could motivate political violence; others also called on the government to be transparent about its motives in searching Mar-a-Lago.

"Republicans are up in arms over the FBI's raid of President Trump's home, and they're pressuring the Department of Justice to explain the reasons for the search. They're also calling for investigations into the FBI and the DOJ.
The FBI's unprecedented targeting of a former president by his successor's administration is fueling speculation about the 2024 presidential race. Republican leaders say it could lead Trump to announce his candidacy sooner, rather than later."

"There was a time when having one’s home searched by federal law enforcement would trigger talk about the end of somebody’s political career. But it is a testament to what a bizarre moment in American history we are in that it may very well mark the informal launch of a presidential candidacy."

What Comes After the Search Warrant?

"We don’t know exactly what the FBI was looking for at Mar-a-Lago. We don’t know what was found. What we must acknowledge—even those of us who believe Trump has committed crimes, in some cases brazenly so, and deserves full prosecution under the law—is that bringing him to justice could have some awful consequences."

An Informer Told the FBI What Docs Trump Was Hiding, and Where

"The officials, who have direct knowledge of the FBI's deliberations and were granted anonymity in order to discuss sensitive matters, said the raid of Donald Trump's Florida residence was deliberately timed to occur when the former president was away."

What the Mar-a-Lago search portends for the US, and a president

"The FBI took an unprecedented step of searching a former president’s residence. To Trump supporters, it smacked of political retribution. To opponents, the search – which a judge signed off on – shows that no one is above the law."