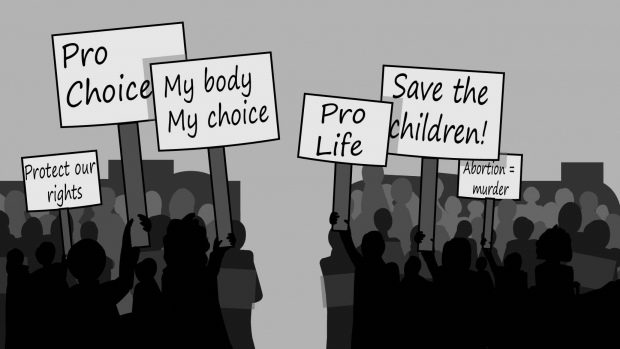 Reading the daily headlines, the average American could not be blamed for believing the nation’s population consists of only two groups, at odds over every possible topic, issue, and interpretation of the country’s ideals.

There is truth to some of this. But an over-reliance on bipolar labels fuels artificial divides in the country, divides that exist mainly in media, and only serve polarized politics and biased media while widening rifts in the population.

Framing issues as strictly two-sided shrouds America’s identity as a republic composed of over a dozen unique cultures and backgrounds transplanted onto the continent in the early stages of the country. This distortion contributes to modern polarization, but also robs the populace of its shared values and goals. What can we do about it?

Americans Have Many Differences — That May Be Our Strength

In his 2011 book, American Nations: A History of the Eleven Rival Regional Cultures of North America, journalist Colin Woodard presents an alternate reading of America's founding, highlighting these identities that were carried across the Atlantic and implanted on the framework of the United States at its conception.

“Each of our founding cultures has its own set of cherished principles, and they often contradicted one another. By the middle of the eighteenth century, eight discrete Euro-American cultures had been established on the southern and eastern rims of North America. For generations these distinct cultural hearths developed in remarkable isolation from one another, consolidating characteristic values, practices, dialects, and ideals.

“America’s most essential and abiding divisions are not between red states and blue states, conservatives and liberals, capital and labor, blacks and whites, faithful and secular. Rather, our divisions stem from this fact: the United States is a federation comprised of the whole or part of eleven regional nations, some of which truly do not see eye to eye with one another.” (Colin Woodard, American Nations, 2011, pg. 2)

English Puritans settling in what would become New England established a culture of morality-based governance, where education was framed as essential for prosperity. The first wave of settlers in the Deep South came from already-established slave colonies in the Caribbean, bringing with them a culture of strict societal hierarchies—— racial, ethnic, and social — where a select class of a few exercised complete control over the population. The settlers of the Appalachian mountains would be called refugees today, as the bulk of them crossed the Atlantic to flee their war-torn homelands on the border of England and Scotland. They brought with them a distaste for authority, a strong identity of honor and self reliance, and a desire for isolation.

These are just three of the unique mindsets and visions for the new world that were patchwork sewn into a single country.

Given the seismic discrepancies between these settlements’ envisioned government for America, it’s remarkable that in the country’s 246-year history, these divisions have only resulted in one full-scale conflict lasting four years. While the process is rarely pretty, the United States has been 98.27% successful at not letting its internal divisions violently fracture it.

Perhaps its near-flawless track record is owed to the country so often finding a common enemy to unite against. Regardless, an overwhelmingly high portion of Americans with different backgrounds have found a way to live together peacefully and will continue to do so regardless of rhetoric thrown around from politicians and media outlets.

A Culture of Compromise

The “American Experiment” has often highlighted the differences of the people, bringing the divisions to the forefront of the mind. The stereotype of the American citizen is a stubborn, chauvinistic patriot that is unfaltering in their convictions and uninterested in compromise. This image may reflect the loudest of the country, but not the majority.

Being forced to confront differences is not necessarily a bad thing. A coalition of conflicting viewpoints can foster a culture of compromise and understanding, assuming there is enough food and land to go around. For the present and near future, these are two factors the United States does not have to worry too much about, compared to the wider world.

Concerning the nation’s most divisive issue at present, the legality of abortion, a culture of compromise persists, despite deafening rhetoric from the loudest of each side of the debate.

RELATED: Here's Where Democrats and Republicans Agree on Abortion

RELATED: AllStances: Should Abortion Be Legal or Banned?

These are not the statistics of a country set to rip itself apart. So why are the headlines so often claiming America to be tearing at the seams?

Slate Magazine (Left bias): Your “We Are Headed Toward a Civil War” Friend Has a Point

The Hill (Center bias): Half of Americans expect a civil war ‘in the next few years’

All too often, the American news media is filled with bipolar labels, ideologically split down the middle with no give on either end. These respondents have bought into the narrative that has been sold to them, understandably.

Democracy in a pluralistic society is rarely as simple as this. When media outlets cover these divides in the same way they cover the Super Bowl, with each side of the conflict portrayed as united unequivocally under the banner of their label, the true nuance and perspective motivating individual voters is lost in the noise.

Due to the nature of the online media sphere, where users are pushed into circles of exclusively affirming viewpoints and overexposed to inciting content in order to drive further engagement, it’s not only flashy to present America as terminally divided, it’s economically incentivized.

RELATED: The Business of Media Bias

It’s often said in marketing that consumers make purchases based on emotion, then use logic to justify their decision after the fact. News consumption is often the same. News outlets are motivated to push stories that incite powerful emotion. Fear, hatred, and grief are more powerful emotions than contentment, understanding, and apathy — so they get more clicks.

How do we overcome such an existential issue with the modern information flow?

The United States has room to improve. This is the reality for every country on the planet, stretching back to humanity’s earliest attempts at governance. Where America differs is its favorable positioning. Geographically, economically, and demographically, America is in a far better position than any other country on the planet to succeed in the near future. It has space to grow into, land to farm, and existing infrastructure to build upon.

In his 2014 book, The Accidental Superpower: The Next Generation of American Preeminence and the Coming Global Disorder, geopolitical strategist and best-selling author Peter Zeihan outlines what he sees as the coming decades of global turmoil that will result from America’s forgoing of the Cold War-era globalization project. America is preparing to insulate itself from the world — a world built largely around the American military’s ensurement of free trade across the globe, argues Zeihan. With America isolating itself, that system will collapse, and that will be messy.

And this is a mess America will be largely immune to. As Zeihan writes, in the three categories most tracked by geopolitical pundits -- geography, demographics, and resources -- America is solid. In the epilogue of the book he quips, “America’s strengths may be accidental, but they are strengths -- and durable ones at that -- nonetheless. Simply put, the world is indeed going to hell, but the Americans are going to sit this one out.” (Peter Zeihan, The Accidental Superpower, 2014, pg. 350)

As America continues down its course towards isolationism, it faces a unique opportunity to address a number of internal problems that typically are brushed aside in favor of focusing on the dilemmas of the outside world.

If we are to be alone with ourselves for a while, it would benefit us to find a way to communicate without exhausting each other.

For the average individual that seeks to be informed and politically engaged, what does this look like?

A major first step is letting go of the notion that a single ideology will ever win over the whole of the country, nor should it. Once this is understood, efforts can be made not to win others over, but to instead understand their perspective and views. For the vast majority of the populace, their vision for the country is guided not by hatred for another group of people, but by self-preservation and the desire to maintain the world that molded them, that their identity and personhood is built upon.

On an institutional level, this requires a media landscape that seeks to bring out the best of the population, not exploit its worst qualities for financial gain. A landscape that does not operate with the intention of highlighting divisions, but instead informing consumers of the often-benevolent perspectives motivating choices and stances.

Until this idyllic institution exists, it's up to news consumers to seek out these answers for themselves. It’s up to them to be holistically informed, but rarely convinced. To hold their values close while understanding the equal validity of alternate perspectives. To maintain respect for those they disagree with while working to find common ground on contentious issues.

Focus not on what others believe, focus on why they believe it.

One of the best ways to engage with and understand the different perspectives that make up the country is to consume news content from the outlets that inform these various identities. Breaking free of filter bubbles, echo chambers, and exclusively affirming media will not only provide actual insight into dissenting voices beyond strawman caricatures, but it will allow individuals to better communicate their own stances and rationales to those that disagree with it.

America will always be a heterogenous, diverse society that contains multitudes of views, stances, and ideals. It’s up to Americans to decide whether this will be it’s greatest strength or it’s crippling weakness.

Isaiah Anthony is a News Research Intern for AllSides. He has a Center bias.