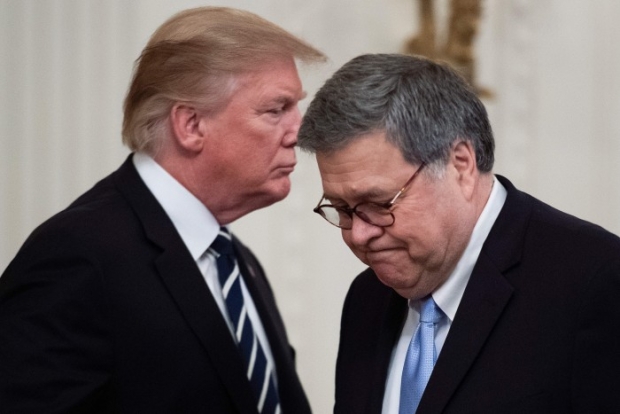 U.S. Attorney General William Barr told the Associated Press Tuesday that the Department of Justice (DOJ) has not uncovered evidence of widespread voter fraud that "could have affected a different outcome" in the 2020 presidential election. In response, the Trump campaign issued a statement claiming that Barr's probes looked into election irregularities but not instances of election manipulation, such as state election laws potentially being broken. The DOJ says it will continue investigating individual reports of potential fraud.

Coverage from left-rated outlets tended to focus on the notion that claims of decisive voter fraud are unsupported. Some left-rated voices also emphasized the fact that the news comes from Barr, who has been criticized for his purported loyalty to Trump. Some right-rated sources concentrated on the Trump campaign's rebuttal; some right-rated voices argued that left-rated media incorrectly implied that the DOJ's investigations are finished, and that any concrete voter fraud should still be brought to light to prevent future issues.

On the Blog: Two AllSides staffers offered their perspectives on current polarization: why many on the left are cutting off Trump supporters, and why making lists of political dissidents isn't okay; and both sides displayed blatant media bias in covering Biden's announcement of his senior communications staff.

More from AllSides: Introducing the only news app you'll ever need: The AllSides mobile app is now available on iOS devices — download it today (Android version coming soon); and you can support our work and mission by becoming a sustaining member of AllSides. Sustaining memberships allow you to read AllSides ad-free.

"In its headline, The Associated Press twisted Barr’s comment to suggest that the attorney general has passed final judgment on whether fraud occurred in the 2020 election... But the AP’s own article prefaced Trump’s comment on the matter by saying that “Barr told the AP that U.S. attorneys and FBI agents have been working to follow up specific complaints and information they’ve received.”"

"Barr, who has been frequently accused by Democrats of politicizing law enforcement, told the Associated Press that prosecutors have not found evidence to back up Trump’s claims that the Nov. 3 election had been marred by widespread fraud. “To date, we have not seen fraud on a scale that could have affected a different outcome in the election,” Barr told the news service."

"During a press conference Wednesday, a reporter asked White House press secretary Kayleigh McEnany, “Does [Trump] still have faith in Attorney General Bill Barr? Does he still have confidence in Bill Barr?” ... McEnany did not directly answer that question. “If we have any personnel announcements, I’ll let you know,” she replied."

"The comments, which drew immediate criticism from Trump attorneys, were especially notable coming from Barr, who has been one of the president’s most ardent allies. Before the election, he had repeatedly raised the notion that mail-in voting could be especially vulnerable to fraud during the coronavirus pandemic as Americans feared going to polls and instead chose to vote by mail."

If William Barr can admit Trump lost, why can’t other Republicans?

"The incoming attorney general should order a full review of post-election shenanigans and make recommendations to prevent even the appearance of pressure on local officials and to automatically trigger the presidential transition process when a winner becomes clear. And, finally, Democrats in the Senate need to confront their Republican colleagues on the floor and in hearings."