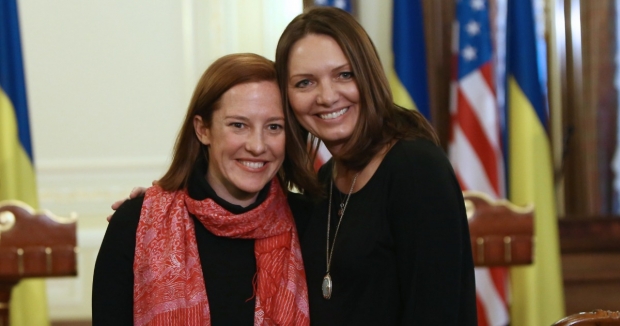 The choices made headlines throughout the news industry, but sometimes in a one-sided fashion.

Coverage from many left-rated outlets focused on the fact that Biden’s selections make up the White House’s first all-female communications team, often highlighting their individual careers and accomplishments in politics. Conversely, reports from right-rated sources sometimes focused specifically on several of the women’s connections to left-rated media companies; others concentrated solely on criticisms of the picks, and others pointed to examples of women holding similar roles in the current administration.

Most notably, many reports on both sides of the media omitted or glazed over what the other seemed to highlight most. Since facts on either side of the argument seem relevant here, mentioning one and not the other represents media bias.

Sources with AllSides Media Bias Ratings of Left or Lean Left typically focused on profiling the individuals Biden chose. These outlets often concentrated mainly on the fact that all his senior communications staff will be female, framing the news as indicative of a diversity overhaul in U.S. politics.

Other left-rated outlets, such as the Daily Beast (Left), focused on conservative commentator Ben Shapiro’s opinion that Biden's picks aren't actually as diverse as some in the media stated because there aren't any men.

Right-rated outlets sometimes focused on the fact that Psaki, Sanders and Jean-Pierre all previously worked as contributors to left-rated TV networks such as CNN (Lean Left bias) and MSNBC (Left bias). Some coverage also moved to contradict the notion that the all-female nature of Biden’s communications team was different from times past.

When “Fact-Checks” are Misleading

While reports on both sides were incomplete, AllSides found at least one “fact-check” regarding Biden’s choices to be highly misleading. Breitbart (Right bias) published an article under the headline “Fact Check: WaPo Falsely Claims Joe Biden Will Have First All-Female Senior Communications Team.”

It mentions that Trump’s deputy communications director and deputy press secretary are both men, and also that the Post’s characterization was challenged by “many” on social media. However, only one example of a challenge is cited — a tweet from Trump press Secretary Kayleigh McEnany.

Other media on both the left and right seconded the Post’s description, and so did Breitbart itself. It re-published a wire story from United Press International that said “it’s the first time the entire senior White House communications team will be entirely female.”

Even so-called fact checks are often biased, and even downright misleading at times. If you get the urge to share a headline (verbally or digitally), make sure you read the full story and apply critical thinking first.

What to Do When Neither Side Gives the Full Story

Biden’s selections represent an ongoing shift away from traditional male overrepresentation in prominent political roles. At the same time, the connections Biden’s senior staffers have to prominent left-rated media outlets could create ethical concerns when it comes to how journalists cover his administration.

Any balanced news reporting about Biden’s selections and their individual backgrounds should make mention of these facts. By highlighting one and downplaying or omitting the other, media outlets on both sides fell short of their responsibilities.

Not every article needs to include every angle and every side-argument. That sets unrealistic expectations for journalists. But when trends in coverage are so common on one side and virtually absent on the other, media bias is a likely culprit. That’s when getting a balanced view stops being a nice idea and starts being essential.

Because news organizations often display such overt bias, it’s up to you to find the full picture. Use our balanced newsfeed and balanced search technology to see stories from all sides of the political spectrum.

Image: Jen Psaki (left), Biden’s pick for White House Press Secretary, pictured during a 2015 visit to the U.S. Embassy in Kyiv, Ukraine when she worked as White House Communications Director.