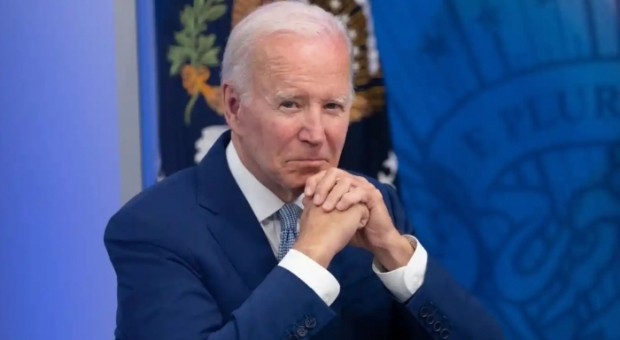 As the 2022 midterm elections continue and national conversation about the 2024 presidential election begins, President Joe Biden is facing low approval ratings and frustration from within his own party.

Multiple prominent pollsters and poll aggregators, such as FiveThirtyEight (Center bias) and CNBC (Center), place Biden's approval rating at or below 40%, which is as low as it's ever been since he took office in early 2021. While most Republicans have never been fans of Biden and many blame him for decades-high inflation and an immigration crisis, Biden is also facing new pressure from Democrats to act more on abortion rights, gun safety and other key issues.

A recent poll from the New York Times (Lean Left bias) and Siena College placed Biden's approval rating at 33%, and suggested that nearly three-quarters of Democrats don't want him to run in 2024, including 94% of Democrats under the age of 30. Support for Biden has waned across most demographics but remains strong among black voters, with 62% saying they approve of his presidency so far.

Meanwhile, the Republican 2024 field is taking shape. Another New York Times poll suggests that though Trump has lost significant support among Republicans, he would still beat out Florida Gov. Ron DeSantis and other GOP 2024 hopefuls if primaries were held today.

The poll suggested that 65% of Republican voters with a college education would oppose Trump in the 2024 primary, as well as 64% of voters under 35 Still, the poll also showed Trump receiving 49% of the primary vote, with DeSantis receiving the next best share at 25%.

Recently, Biden's job performance, approval rating and 2024 prospects have been covered similarly and extensively by news sources across the spectrum. Until the past few weeks, right-rated sources were focusing much more on the issue than left- and center-rated outlets.

Left-wing group to launch national '#DontRunJoe' campaign, saying Biden 'will have a fight on his hands' if he runs again

"RootsAction.org, an online activist group, will spend six figures on the campaign and launch digital ads in early nominating states one day after the midterm elections on November 9, POLITICO first reported. The 1.3-million-member group says in a statement on its "DontRunJoe" website that Biden has unfortunately been 'neither bold nor inspiring.'"

Joe Biden is deeply unpopular. But can Democrats find an alternative for 2024?

"For now, Biden is emboldened. No prominent Democrat will cross him and he will feel especially motivated if Trump is back on the campaign trail. Biden and Trump crave a rematch, even though each political party would be better off if both men moved on."

"More Democratic respondents say they are against a Biden reelection bid than for it, with 41 percent saying the president should bow out. But 30 percent of Democrats say they aren’t sure who they’d want to run in Biden’s stead.  About a quarter of Democrats surveyed said Biden should be the Democratic nominee in 2024, and less than a fifth said they would prefer Vice President Harris."

Who Will Win The 2024 Presidential Election? Voters Disenchanted With Joe Biden, Donald Trump

"What this means for the upcoming presidential election remains uncertain. Biden has maintained that he is running again in 2024 despite increasing chatter among Democratic operatives and donors about seeking an alternative candidate. Trump has not yet committed to a run before the end of the November midterms, but he has toyed with announcing earlier to assert himself against any potential Republican rivals. "

‘They Want Me To Run’: Biden Misrepresents NYT Poll Showing Most Democrats Don’t Want Him For 2024

"President Joe Biden on Tuesday maintained that Democratic voters “want” him to run again in 2024, misrepresenting the results of a recent New York Times/Siena College poll. The poll, published Monday, found that 64% of Democratic voters want another 2024 candidate. Reporters asked Biden what his message is to Democrats who, based on the poll’s findings, don’t want him running again."

"For a publication that strongly supported Joe Biden’s candidacy in 2020 and did not confirm the authenticated “laptop from hell” until a year after Biden came into office, the Times has become very hostile towards Biden. The criticisms have ranged from Biden’s lack of response to mass shootings and the Supreme Court’s recent rulings to articles about Biden’s elderly age and lack of Democrat support." 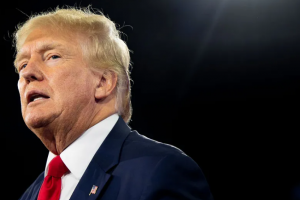