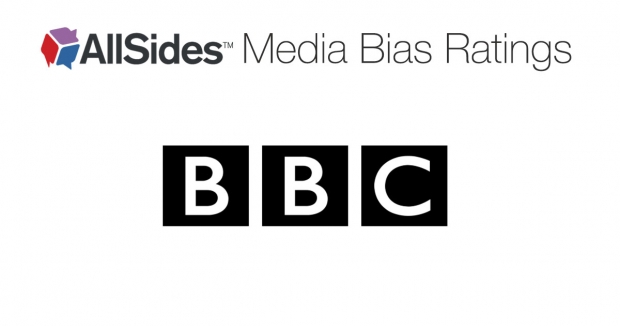 AllSides reviewed BBC's bias after receiving significant community feedback from those who said they believe BBC’s media bias is Lean Left. To analyze more closely and review BBC’s latest work — the bias of news organizations can change over time — we conducted a Blind Bias Survey of readers across the political spectrum in August and then conducted an Editorial Review of BBC on August 20, 2020. AllSides concluded BBC’s Media Bias Rating remains Center — but the team unanimously agreed that BBC has some Lean Left bias.

Our latest blind bias survey, conducted in August 2020, indicated people from across the political spectrum on average rated BBC’s content as on the borderline of a Lean Left and Center bias.

Still, bias is in the eye of the beholder: Pluralities across 3 groups of respondents — people who identified themselves as Lean Left, Lean Right, or Right — thought BBC was Lean Left. However, the average bias rating of all political groups for BBC was between Center and Lean Left.

It’s important to note that AllSides rates online, written content only, NOT television, radio, or broadcast content. Some of the feedback of BBC may have been from those who thought we were giving a rating for BBC’s broadcast content, the bias of which may differ from online content.

In sum: BBC’s bias is still largely Center, though close to Lean Left. Some conservatives may be more likely to see BBC as clearly Lean Left. Head over to our BBC source page to read more details about our review, and to vote on whether or not you agree with our bias rating. You can also email us feedback.