A winter storm in Texas this week brought snow, ice, and power outages due to extra energy demand and frozen utility plants. Website poweroutage.us estimated 4.5 million customers went without electricity Tuesday, and 3.3 million on Wednesday. Ninety percent of the state's power is managed by The Electric Reliability Council of Texas (ERCOT). The storm caused gas pipelines to seize up, wind turbines to freeze, oil wells to shut, and power plants to go offline. Representatives from ERCOT said there were 45,000 megawatts offline; 15,000 megawatts were sourced from wind, and 30,000 were gas and coal. In response, the Southwest Power Pool implemented rolling electricity outages lasting anywhere from 15 minutes to an hour to protect the grids from collapse. The U.S. Energy Department issued an emergency order allowing power plants to keep running despite possibly violating certain environmental limits, and President Joe Biden approved it.

Some voices from the right, including Fox News host Tucker Carlson and Republican Texas Gov. Greg Abbott, framed wind and solar energy as the culprit for the blackouts, casting doubt on climate change and the reliability of green energy, and criticizing the Green New Deal. Some voices from the left pointed to articles linking climate change to destabilization of the jet stream, which can lead to outbreaks of "Arctic air"; other voices from the left criticized the right for blaming Democrats and framed Texas officials' criticism of renewable energy as a ploy to boost Texas' fossil fuel industry.

From the Center
3853
Disaster
'Massive failure': Why are millions of people in Texas still without power?
USA TODAY 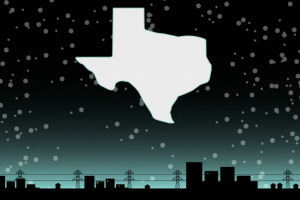 Power outages across Texas have left millions of people in the dark and bitter cold this week amid an unprecedented winter storm that buried the state in snow and ice and brought single-degree temperatures.

Extreme energy demand and overloaded frozen utility plants are among the factors that led to the power outages, experts said.

"No matter which way you cut it, this is a massive failure for a grid and a state that holds up energy and electricity as a shining example," said Varun Rai, director of the Energy Institute... 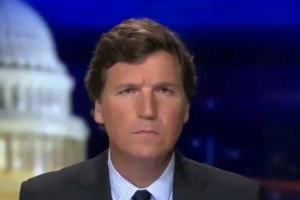 The Green New Deal has come, believe it or not, to the state of Texas. How's it working out so far?

Well, the good news is all that alternative energy seems to have had a remarkable effect on the climate. Sunday night, parts of Texas got the temperatures that we typically see in Alaska. In fact, they were the same as they were in Alaska. So global warming is no longer a pressing concern in Houston.

The bad news is, they don't have electricity. The windmills froze, so the... 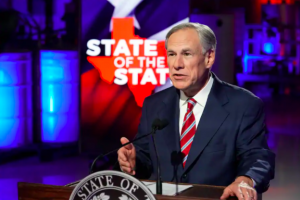 To some very small extent, we should appreciate the frankness of Tim Boyd, until Tuesday the mayor of the town of Colorado City, Tex., population 4,000. Boyd, faced with massive power outages like much of the state, simply threw up his hands.

“The City and County, along with power providers or any other service owes you NOTHING!” he wrote on Facebook. “I’m sick and tired of people looking for a d--- handout! If you don’t have electricity you step up and come up with a game plan to keep your...

For Deivis Nahum Espina, a tragedy fell from the sky — severe floods inundated his village in Honduras, destroying crops, homes and causing landslides. “It...

Toxic wastewater reservoir on verge of collapse in Florida could cause "catastrophic event...

Hundreds of residents in Manatee County, Florida, were ordered to evacuate their homes over Easter weekend as officials feared that a wastewater pond could...

Three exceptional supercell storms were behind destructive tornadoes in South

At least six people are dead and hundreds of structures in shambles following a disastrous string of tornadoes that ravaged Alabama and Georgia on Thursday...

Two big factors are making things worse at the border. But they're not getting much attention

The devastating storms struck more than 1,000 miles away from the US-Mexico border, wiping out homes, crops and jobs. Now, months later, some migrants...

Republicans are eager to decry a “Biden border crisis.” But the current wave of migration at the southern border is the result of a humanitarian crisis in...

'Day is not over yet': At least 5 dead as apparent tornadoes pummel Alabama; 50M people...

At least five people died on Thursday as multiple apparent tornadoes touched down in Alabama, the second line of severe storms to slam the state in two weeks...

A swarm of earthquakes shakes Iceland. Are volcanic eruptions next?

For the past 800 years, the picturesque Reykjanes Peninsula in Iceland’s southwestern corner has been relatively quiet. But 15 months ago, there was an...

Leaders of 23 Countries Back Pandemic Treaty Idea for Future Emergencies

Leaders of 23 countries and the World Health Organization on Tuesday backed drawing up an international treaty that would help deal with future health...

Governor Greg Abbott put new priorities relating to energy reform on the table for the Texas legislature today as the freeze problem evolves from a lack of...

The great Texas climate catastrophe is heading your way
OPINION

The Green New Deal has come, believe it or not, to the state of Texas. How's it working out so far? Well, the good news is all that alternative energy seems...

'Fossil fuels are the only thing that saved us': Dan Crenshaw replies to leftists mocking...

Republican Rep. Dan Crenshaw of Texas drafted a refutation of what he said were "leftists" on social media mocking his state for the massive electric grid...