President Joe Biden based part of his 2020 presidential campaign around a unifying message, and the idea that political divisions could be at least partially cured if "enough of us" come together to heal them. 100 days into his administration, many are reflecting on that message and Biden's performance on it so far.

Voices throughout the spectrum seem to agree that, at least to date, Biden hasn't accomplished the goals of uniting Americans and working across the aisle that he outlined in his campaign. Some left-rated voices say this is preferable, focusing on partisanship's power as a political tool and arguing that bipartisan collaboration amid intense political polarization "deprives both sides of the ability to govern and elections of their consequences." Some right-rated voices frame Biden's messaging on unity as hypocritical, accusing him of pushing "every priority his party ever failed to get through" while failing to work with Republican legislators. Other voices stress that division is an inevitable part of the political process, and urge Americans to seek their own opportunities to unify and bridge divides.

From the Center
6612
Bridging Divides
Biden moved left. But is he dividing or uniting the country?
AllSides Staff 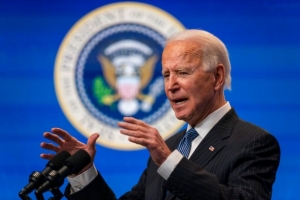 In our world where agreement, especially among the politically fractured media, is rare, there seems to be a general consensus on one thing: President Joe Biden is governing further left than expected. From The New York Times on the left to the National Review on the right, the press is in general agreement.

But is Biden uniting or dividing the country while he moves left?

Biden’s inaugural address sounded notes of unity, but historically that has been a standard feature for new presidents, with the noted exception of President Donald...

Read full story
Some content from this outlet may be limited or behind a paywall.
See full media bias rating for AllSides Staff
From the Left
6612
Bridging Divides
100 Days of Big, Bold, Partisan Change
Ezra Klein 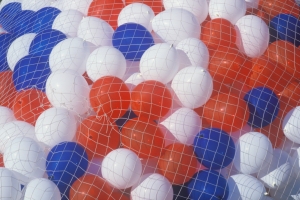 I intended to duly fulfill my duty as a political columnist and write about the first 100 days of Joe Biden’s presidency. My idea was to focus on the 50 Senate Democrats: They don’t have a single vote to spare, they have to broker deals that satisfy both Bernie Sanders and Joe Manchin — America does have a multiparty political system, it’s just tucked inside the Senate Democratic caucus — and yet they’ve held together pretty well, on a pretty ambitious agenda.

But as I talked to Senate Democrats about...

Read full story
Some content from this outlet may be limited or behind a paywall.
See full media bias rating for Ezra Klein
From the Right
320
White House
Biden’s Con against America
National Review 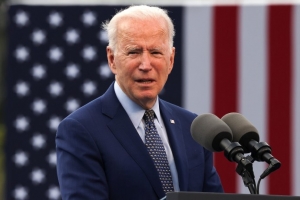 One-hundred days in, Biden’s radical presidency makes clear that his campaign was, in fact, a fraud.

Indeed, it is. And to this maxim we might add a few others. Talk like a moderate; act like a radical. Talk about normality; act like a revolutionary. And, at all stages, aggressively hide the ball. Progressive pundits have taken to saying that Biden poses a problem for conservatives because he is so “boring.” That’s one way...

A few dozen House members helped bring bipartisan talks back from the dead on a massive spending bill passed six months ago. Now they want to do it again — in...

Erin McLaughlin, an educator in Pennsylvania, believes that, in school and in life, people should study what others think and why. But in her estimation, many...

The White House has billed President Biden’s first formal meeting Wednesday with Congress’ “Big Four” leaders, two from each party, as an opportunity to talk...

Editors Note: AllSides is hosting and powering this event in partnered with a coalition of bridging organizations and media companies. It will be our third...

Two U.S. senators, a Republican and a Democrat, asked Congress on Monday to reauthorize the Voting Rights Act, as Republican-controlled state legislatures pass...

Between religious and LGBTQ rights, what does fairness look like?
ANALYSIS

Casey Pick has always viewed Kim Colby with a certain amount of wary respect. Both are accomplished attorneys, and both are advocates for causes that cut...

Democratic and Republican staff in Congress are drafting language for possible police-overhaul legislation that would limit the transfer of some military...

Respect: Is it the glue a polarized nation needs?

Respect is a core civic value to American democracy, but it can also be used as a tool of repression. As a fractured nation seeks to knit itself together, the...

Buddy, pal, chum — what is the state of friendship among the political parties? One particular political persuasion appears to be more tolerant than others...

President Joe Biden said he would meet with Senate Republicans to discuss the party’s $928 billion infrastructure proposal, reviving hopes for a...

Sens. Joe Manchin and Lisa Murkowski teamed up Monday to call on top lawmakers to take up a bipartisan reauthorization of the Voting Rights Act, a move aimed...