Hypocrisy or Hospitality? How Martha's Vineyard Responded to Migrant Arrivals

Last week, 48 Venezuelan migrants arrived in Martha's Vineyard, Massachusetts as part of Florida Gov. Ron DeSantis's response to the immigration crisis at the southern border. How did the island react?

Regional media reported on how some locals donated food and clothes and helped set up a shelter with beds for the migrants soon after they arrived. Videos of Vineyard residents interacting with the migrants were shared thousands of times on social media. Two days after arriving, the migrants were moved to a military base on the mainland.

Right-rated news sources and voices usually framed the sanctuary community of Martha's Vineyard as hypocritical for supporting open immigration policy but purportedly rejecting migrants who arrived last week. Many cited the military base relocation and an apparent lack of job offers or long-term housing options as evidence of the hypocrisy. Conversely, left-rated media focused more on reports of warm welcomes, and framed the right's response as inaccurate. Some, such as one Vox (Left bias) writer, cautioned that a nice response from locals doesn't mean they support policies "needed to support the masses of migrants" seeking a better life in the U.S. What happens to migrants after they've been transferred to sanctuary cities has been a focus for sources across the spectrum.

A YouGov/The Economist poll conducted this week found that 44% of respondents approved of Florida sending migrants to sanctuary cities without notice, while an equal share disapproved.

DeSantis Tries to Prove Liberals Hate Immigrants As Much As He Does, Fails
Jonathan Chait 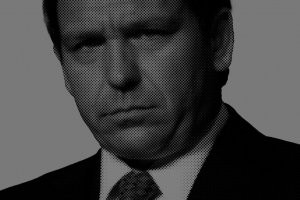 Sunday night, I sat in the ballroom of a Miami resort and watched Florida governor Ron DeSantis tell the crowd about how Texas governor Greg Abbott had been sending busloads of migrants* to Washington, D.C. His envy was undisguised. Stunts like this, which use humans as props for a set piece about owning the libs, are the trademark of his own governing style. (He has done this with ex-felons, splashily arresting 20 and charging them with fraud.) You could almost see the wheels turning in his head. 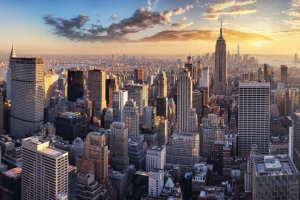 While there is no official legal definition of “sanctuary city,” the term generally refers to towns, cities, or counties that decline to cooperate completely with federal detention requests related to undocumented immigrants, often with a “don’t ask, don’t tell” policy.

Some argue that sanctuary cities such as San Francisco, New York, and Chicago should not receive federal funding because they are not enforcing federal immigration laws. Others say that sanctuary city policies protect both citizens and undocumented immigrants.

There are 11 states, 40 cites, and 143 counties listed as sanctuary jurisdictions...

‘Not In My Vineyard!’ Liberals Scream As DeSantis Air Flies On The Wings Of Their Hypocrisy
The Daily Caller 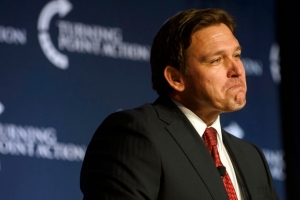 It seems we need to be reminded every two years or so why liberals cannot govern. They value their pious, self-aggrandizing ideology over the reality of governing.

The hypocrisy of the left was laid bare when Florida Governor DeSantis sent 50 Venezuelan immigrants to Martha’s Vineyard. “Not in My Back Vineyard!” they said. Liberals love to impose their woke values on others as long as they do not have to labor under them personally. But send just 50 Hispanics to Martha’s Vineyard. Michelle Obama and her limousine liberal, trust fund friends on that leafy...

Open on The Daily Caller

What Immigration means to Liberals & Conservatives

News and Information about Immigration
Go ad-free! Support AllSides.
About these ads