The war many expected to last a week has reached 200 days, and the Ukrainian resistance to Russia’s invasion continues to stifle the Kremlin and enamor Western nations. The once-discounted Ukrainian military is reporting rapid gains in the north-eastern Kharkiv region, erasing months of Russian advancement in a matter of days. Since the Russians invaded in February, an estimated but unconfirmed 25,000 Russian soldiers have died. Ukrainian officials state nearly 9,000 of their soldiers have died.

In a Facebook post on Saturday, Ukrainian President Volodymyr Zelenskyy praised the gains made by Ukrainian forces and issued a warning to all remaining Russian soldiers in the country, stating “the movement of our soldiers in different directions of the front continues. As of now, as part of active actions since the beginning of September, about 2,000 kilometers of our territory have already been liberated. These days, the Russian army is showing its best – showing its back. And, in the end, it is a good choice for them to run away. There is and will be no place for the occupiers in Ukraine.”

As the war continues in Ukraine, Western Europe and the United States continue to provide aid for the resisting nation. Despite high energy costs and prospects of a harsh European winter without Russian gas imports, support for Ukraine remains relatively bipartisan in United States media, with one writer for the New York Post Opinion (Right Bias) stating that a “decisive Ukrainian victory is in the interest of both parties.” 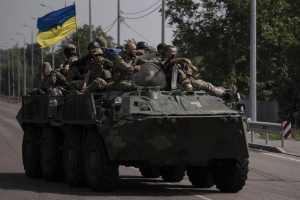 As the war in Ukraine marked 200 days on Sunday, the country has reclaimed broad swaths of the south and east in a long-anticipated counteroffensive that has dealt a heavy blow to Russia.

The counterattack began in the final days of August and at first focused on the southern region of Kherson, which was swept by Russian forces in the opening days of the invasion. But just as Moscow redirected attention and troops there, Ukraine launched another, highly effective offensive in the northeast, near Kharkiv.

Facing the prospect of a... 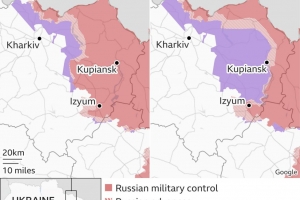 Institute for the Study of War
News

Ukraine's military says its forces have retaken over 3,000 sq km (1,158 sq miles) during a rapid counter-offensive in eastern Ukraine.

The remarkable advance, if confirmed, means Kyiv's forces have tripled their stated gains in little over 48 hours.

On Thursday evening, President Zelensky put the figure at 1,000 sq km, and then 2,000 sq km on Saturday evening.

The BBC cannot verify the Ukrainian figures, and journalists have been denied access to the frontlines. 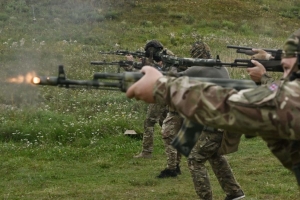 “In order to achieve the declared goals of the special military operation for the liberation of Donbas, it was decided to regroup the Russian forces stationed near Balakleya and Izyum to boost efforts in the Donetsk direction,” Russian Defense Ministry Spokesman Igor Konashenkov told TASS. Language used in Russia’s statement resembles claims made earlier this year in the wake of its failure to take Ukraine’s capital city of... 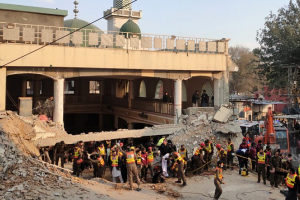