No proof for Trump claim that a database for 2020 election in Ariz. was deleted

Facts and Fact Checking, Donald Trump, Elections, voting rights and voter fraud, Arizona
Save for Later
From The Left 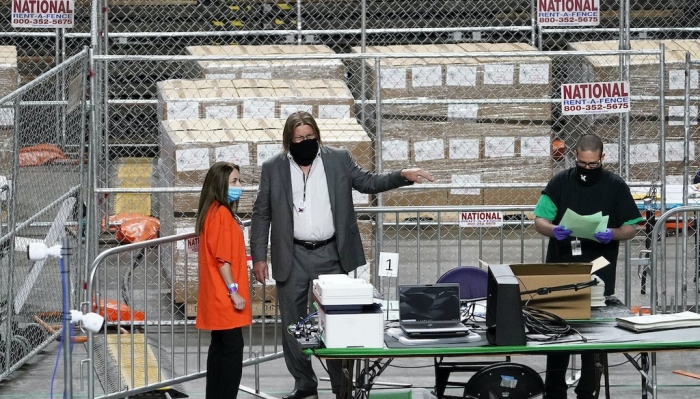 On May 15, 6½ months after losing the presidential election to Joe Biden, Donald Trump continued his baseless claims about election fraud with a statement about the GOP-commissioned audit of results in Maricopa County, Ariz.

"The entire Database of Maricopa County in Arizona has been DELETED!" the statement said.

Trump called the alleged deletion "illegal," then went on to make several other claims of "election crime" and "presidential election fraud."

A bipartisan $1 trillion infrastructure bill supported by President Joe Biden and approved by the Senate would establish a pilot...

Former President Donald Trump has repeatedly criticized the U.S. withdrawal from Afghanistan and pointed towards the cost of equipment left behind in...

Could Legislation Give the IRS the Power to Track Transactions on Any Bank Account With More Than $...
FACT CHECK

A number of viral social media posts have claimed that Congress is attempting to pass a bill that would give the Internal Revenue...

Public Health Officials Blew Up Their Credibility, and We're Paying the Price
OPINION

With COVID-19 still sickening and killing people even though effective vaccines have been widely available for all since the spring, it's frustrating to see...