Here’s what Tucker Carlson got wrong about the Kenosha shootings 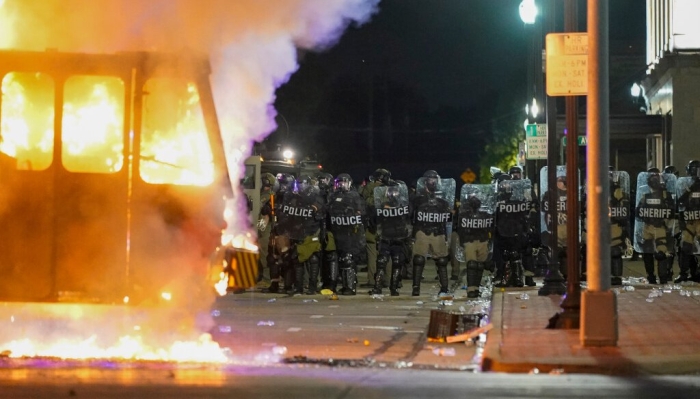 But viewers were repeatedly misled.

Kenosha has been central to the national dialogue on police, race relations and protests since 29-year-old Jacob Blake, a Black man, was shot in the back seven times by a white police officer on Aug. 23, 2020.

That sparked protests and violence, which came to a head two days later when...

NEWS
How to consume information about ballot errors
Poynter

“You mean the laptop is now another Russia, Russia, Russia hoax? You got to be kidding me,” President Trump shot back at Joe Biden in the final presidential...

Social media users are sharing a 30-second clip of Joe Biden, saying that it shows him mixing up President Donald Trump with George W. Bush. In the clip,...

Trump Had One Last Story to Sell. The Wall Street Journal Wouldn’t Buy It.

Donald Trump's more sedate debate performance on Thursday night was a departure in tone from his chaotic performance weeks ago, but the President continued to...

As President Trump entered the final stretch of the election season, he began making more than 50 false or misleading claims a day. It’s only gotten worse — so...

The mainstream media turned away. But online, President Trump's charges about Hunter Biden were by far the dominant storyline about the final presidential...

How to consume information about ballot errors

Ballot and printing errors are nothing new. In 2018, some voters in Wisconsin received incorrect ballots. In 2016, the Spanish version of ballots in New...

Did the White House Give Lesley Stahl a Blank Book of Trump’s Healthcare Accomplishments?
FACT CHECK

President Donald Trump and former Vice President Joe Biden faced off in the final presidential debate of the campaign. We found: Trump accused Biden of...

During a town hall event on Oct. 15, NBC News’ Savannah Guthrie pressed President Donald Trump on his sharing of a baseless conspiracy theory that accused his...

All Things, it seems, will not be Considered. In the long and dishonorable annals of journalistic cant, there have been few statements to compete with the one...

On Monday, it was reported that Google, which owns YouTube, had decided to term “mostly false” the claims that Democratic presidential nominee Joe Biden stated...

NBC chief White House correspondent Hallie Jackson was a grade-A fake news sprayer Thursday night, just before the debate as NBC Nightly News was the only...

Joe Biden is a career liar and he lied some more in the debate, for instance when he dismissed the now well-supported New York Post story about Hunter Biden’s...