Hong Kong protesters say one down, four to go on demands as extradition bill is officially withdrawn 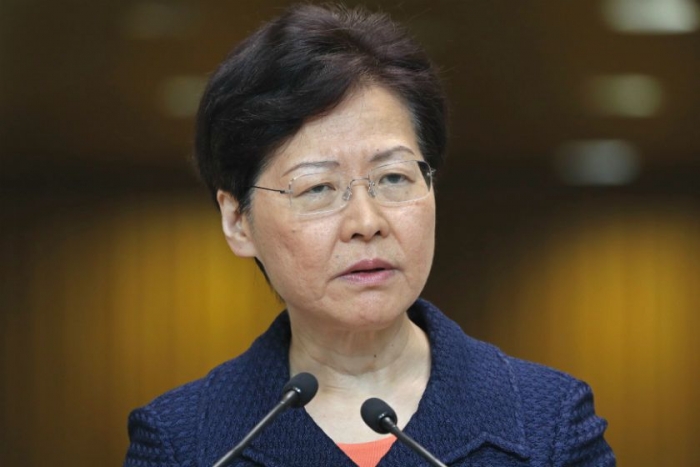 HONG KONG — After 13 weeks of protest and political crisis, Hong Kong’s Chief Executive Carrie Lam finally uttered the word protesters had been demanding all summer: “Withdraw.”
In a surprise turnaround from previous statements, Lam announced a formal withdrawal of a controversial extradition bill that sparked massive demonstrations. She made the announcement in a pre-recorded television broadcast just before 6 p.m. Wednesday.

“The government will fully withdraw the bill in order to fully allay public concerns,” she said.

Lam also said she would add two members to an...

Chinese President Xi Jinping has warned global leaders against starting a “new Cold War” and urged unity in the face of the coronavirus pandemic. “To build...

The Trump administration Wednesday issued a sweeping ban on imports of cotton or tomato products from China’s Xinjiang region, saying it had reviewed evidence...

A China With More Clout Awaits Biden at the WTO

President Biden has said he plans to work with allies to keep pressure on China, but at the World Trade Organization the U.S. will be facing a rival in Beijing...

China overtook the U.S. as the world’s top destination for new foreign direct investment last year, as the Covid-19 pandemic amplifies an eastward shift in the...

The White House signaled that it will continue a tough-on-China approach in response to a speech by Chinese leader Xi Jinping at the World Economic Forum that...

The US Declared China Is Committing Genocide Against Uighurs — What Happens Next?

In one of the final acts of the Trump administration, former Secretary of State Mike Pompeo declared Tuesday that China’s policies against Uighur Muslims and...

WASHINGTON—China has fallen short on meeting its pledges in the “phase one” trade agreement signed last year and the Biden administration will soon commence a...

Chinese Government Sanctions Pompeo And 27 Others, Citing ‘Hatred Against China’

The Chinese government on Wednesday announced sanctions on more than two dozen Trump administration officials, including former Sec. of State Mike Pompeo, over...