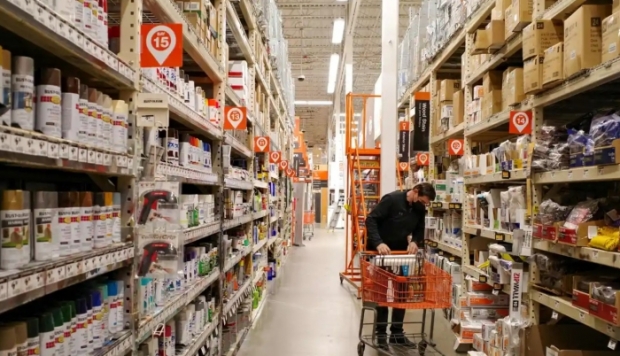 U.S. gross domestic product (GDP) shrank 0.9% on an annual basis between April and June after contracting 1.6% in the first quarter of 2022, according to an advance estimate from the Bureau of Economic Analysis. The back-to-back quarters of decline are in contrast to the 6.9% GDP growth experienced in Q4 of 2021.

Two consecutive quarters of GDP contraction is the common definition of "recession." When a White House blog post last week argued that the common definition is “neither the official definition" of recession "nor the way economists evaluate the state of the business cycle," the administration was accused by some of trying to redefine the word and save face amid economic woes. The blog instead pointed to the definition used by the National Bureau of Economic Research (NBER): “a significant decline in economic activity that is spread across the economy and that lasts more than a few months.”

Several voices in the Biden administration have argued that the U.S. economy remains relatively strong despite inflation, pointing to wage growth and low unemployment. In a recent interview, Treasury Secretary Janet Yellen acknowledged that the U.S. economy is slowing but said that "this is not an economy that is in recession," and said the decline isn't "a broad-based contraction that affects many sectors of the economy." News sources across the spectrum have highlighted how high inflation and a potential recession could work against Democrats in this year's midterm elections and beyond.

Meanwhile, the Federal Reserve continues to try to ease inflation by raising interest rates 0.75% for the second time in as many months. Some see the move as premature if inflation falls in the coming months and warn that the rate hikes could worsen a recession; others are advocating for higher rate hikes, and argue that 0.75% is not enough to fix inflation.

Perspectives on whether the U.S. is in a recession often fall along partisan lines, though many voices, especially on the right, argue that two consecutive quarters of GDP contraction constitutes a recession. Some on the left frame that definition as unofficial, and point to the NBER definition while highlighting that the group wouldn't issue any declaration on a recession for at least a few months.

"While two straight quarters of declining GDP has been commonly viewed as a recession, the group of prominent economists responsible for declaring official recessions takes a broader view that suggests the old rule of thumb does not always apply. The definition of recession has become a subject of fierce debate ahead of the pivotal U.S. elections in the fall. The Biden White House has argued the U.S. is not in recession, but Republicans want to pin the blame on Democrats for the slowdown in growth."

Did The White House 'Change Definition of Recession'?

"While the White House blog argues that growth in consumer spending, fixed investment and payroll employment may well strengthen its case that the U.S. may not yet face a recession, it also concedes that 'Recession probabilities are never zero,' something the posts on social media neglect to mention. Independent organizations such International Monetary Fund, the UK's Office for National Statistics and the World Economic Forum have previously commented in a similar vein, arguing the definitions are too narrow and that wider measures of economic activity should be considered."

US economy enters technical recession after growth tumbles 0.9% in the second quarter

"Recessions are technically defined by two consecutive quarters of negative economic growth and are characterized by high unemployment, low or negative GDP growth, falling income and slowing retail sales, according to the National Bureau of Economic Research (NBER), which tracks downturns. With back-to-back declines in growth, the economy meets the technical criteria for a recession...Still, the NBER — the semi-official arbiter — may not confirm it immediately as it typically waits up to a year to call it."

"The reason it will be so difficult for Biden to explain that this isn’t really a recession is because in the American public’s mind, a recession is a de facto synonym for “economic bad times.” With inflation at 9.1 percent, Americans are feeling an intense financial squeeze because everything is more expensive now. The price hikes aren’t gradual; they’re sudden and noticeable."

"The bad news will be a major blow for the Biden administration as it prepares for a tough midterm election season. White House officials have tried to tamp down talk of a recession, arguing that many parts of the economy remain strong. The growth rate stands in marked contrast to the robust 6.9% annual increase in GDP recorded in the final quarter of 2021 when the economy roared back from Covid shutdowns."

Is Recession Staring Us Down? Already Upon Us? Here’s Why It’s Hard to Say.

"Most economists still don’t think the United States meets the formal definition, which is based on a broader set of indicators, including measures of income, spending and job growth. But they aren’t quite as sure as they were a few weeks ago. The housing market has slowed sharply, income and spending are struggling to keep pace with inflation, and a closely watched measure of layoffs has begun to creep up."