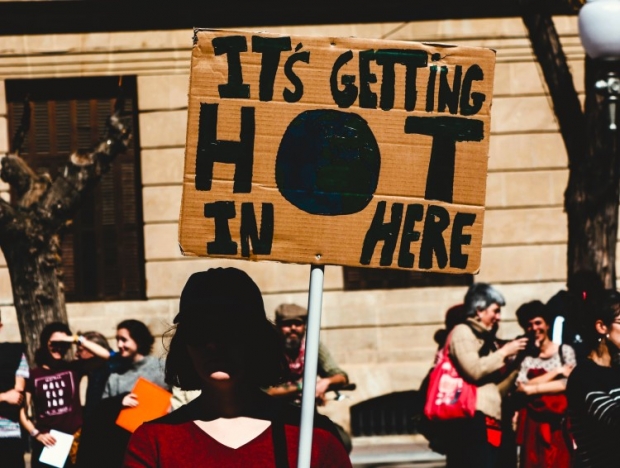 The U.S. and countries across the globe are currently experiencing record-breaking droughts and heat waves that have caused food and water shortages along with an uptick in heat-related deaths.

News outlets on both sides of the spectrum have shown media bias in their coverage, including word choice bias, subjective qualifying adjectives, opinions presented as fact, and slant — selectively highlighting data in order to strengthen their partisan argument on climate change.

RELATED: Story of the Week: What's Up With This Heat Wave?

Left-rated outlets used the qualifying adjectives “deadly” and “unprecedented” to describe the recent wave of global heat waves. Their coverage accentuated concerns about the severity of the situation and called for policy initiatives.

RELATED: Why It's Important to Notice When Journalists Use Adjectives

One report from CNN (Left bias) claimed that extreme heat is a “silent killer” that doesn’t “evoke a sense of urgency in the public mind.” The article also accentuated data that found low-income communities with minority populations are prone to experience “significantly more heat” than “wealthier and predominantly white neighborhoods.”

One analysis published by TIME Magazine (Lean Left bias) argued that “more people are likely to die each year” if lawmakers don’t put infrastructure in place to “mitigate the health effects of heat.” The article linked to reports that found only 17 states have protections against power shutoffs during extreme heat events and that more than a third of New York counties had no plans to establish cooling centers.

Reports from left-rated outlets also emphasized that heat waves can have a significant effect on air quality and pollution. Scientific American (Lean Left bias) noted that more frequent wildfires are taking a “grim toll on human health” in a report titled When Heat Waves Meet Air Pollution, Death Risks Rise Substantially. The article claimed that the risk of death “approximately quadrupled” on days where heat and air pollution levels were both higher than usual, citing cardiovascular and respiratory issues.

Some coverage from left-rated outlets went beyond reporting on the heat waves and speculated about future climate disasters. One analysis published by the Washington Post (Lean Left bias) accentuated concerns from scientists that said the “magnitude of these heat waves may force people to reassess what weather events supercharged by climate change might bring.”

Conversely, right-rated outlets have covered those aforementioned issues less frequently. In some cases, they highlighted data or ran opinion pieces that downplayed the significance of heat waves.

Reason (Lean Right bias) covered a report from the American Meteorological Society (AMS) that found heat mortality — the number of people who die from heat-related causes — has been on a downtrend in “most regions” in the U.S. since 1975, associated with “increased air conditioning, less work outdoors, and better weather warning systems.”

While many right-rated outlets have acknowledged that heat waves are “responsible” for several deaths across the country, a lot of that coverage is typically paired with commentary and perspectives from voices who are skeptical of climate “fear-mongering” and alarmism.

The New York Post (Lean Right bias), for instance, ran an opinion piece from a writer who dismissed the “media’s heat-death climate obsession” and focused on how “rising temperatures” reduce cold deaths and “likely save lives.” The article cited data that found there are “more than 40 cold deaths for every heat death” in the U.S. and Canada. The author went on to emphasize that this pattern can be detected in countries “not typically associated with frigid winters” such as India.

The author claimed that cold deaths are “rarely reported because they don't fit the current climate narrative.” The analysis concluded that “current climate reporting leaves us in the dark” and that “For now, global warming saves us more deaths than it causes.”

When temperatures in the U.K. recently broke the national record for the highest temperature ever recorded, Breitbart (Right bias) published a story on its homepage that noted environmental activists "smashed windows" at Rupert Murdoch’s London headquarters as a response to the "apparent lack of enough alarmist press coverage."

Beyond mainstream media coverage, some right-rated outlets have promoted the conservative criticism that the Democrats are too focused on climate change. A report from the Washington Free Beacon (Right bias) accentuated voices that argued the Biden administration is “out of touch with America” for prioritizing the “climate crisis” over other serious issues such as “inflation’s impact on businesses,” highlighting the different priorities of the left and right.

Whether there’s enough information out there to form a conclusion about the severity of this recent wave of heat waves, news outlets shouldn’t diminish the possibility that altering human activity could prevent more severe climate events in the future. At the same time, news coverage shouldn’t sensationalize climate change coverage to the point where readers have a difficult time finding an objective analysis.

In other words, we at AllSides believe it’s important to sustain a balanced news diet that consists of a variety of topics covered by outlets across the political spectrum.

Use our balanced newsfeed to get multiple perspectives and to decide for yourself what you think about the issues.

Antonio Ferme is the Weekend News Editor of AllSides. He has a Center bias.